VIDEOS. Jeff Carter eschews brash, explosive celebrations for a more satisfied restraint when he scores. There’s a familiar fist pump, which is often saved for overtime or the shootout, but so many of his celebrations are like this one:

Stick in the air, arm around a teammate, bench fly by, prepare for the next shift. A 24/7 focus on goal celebrations that go too far will not feature Carter.

It’s why the Kings brought in the On the Bench boys. Certainly there’s something Jeff can learn from these highly accomplished coaches of skill (and celly) development.

Taking it back to the fundies of how to celly with @onthebenchcrew and @JeffCarter_77 👌 pic.twitter.com/GgtQrfOKpV

I am going to try The Harpoon in rec league and whoops never mind I’ve been suspended six games.

Meanwhile, Happy August 10! August 10 is one day past August 9, which of course is the anniversary of Wayne Gretzky’s 1988 trade to Los Angeles. Articulating the legacy of that trade, Luc Robitaille shared his recollections of that summer and what Gretzky’s arrival meant to the city in a conversation with the NHL Network:

Speaking of the NHL Network, I’ll join them at 2:30 p.m. this afternoon.

Meanwhile, Jim Fox spoke with FOX Sports West about his own memories of the week Gretzky joined the Kings. The first people he called when he learned the trade was official? His parents.

29 years ago today, The Great One brought his many talents to Los Angeles! @LAKings @OfficialGretzky #RoyalReflections #NHL pic.twitter.com/k715kqnGXF 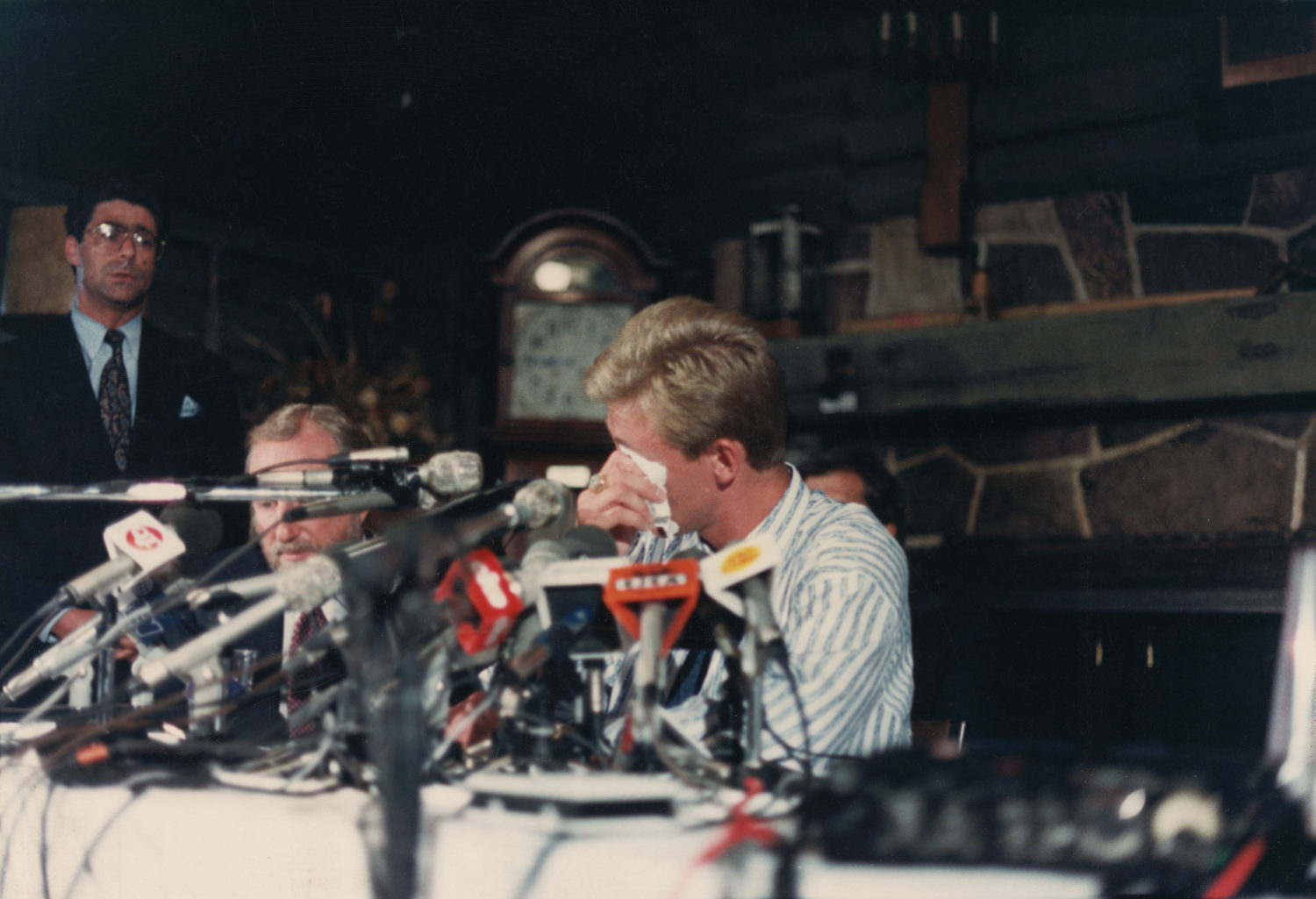 The scene in Edmonton, via Bruce Bennett/Getty Images

ELSEWHERE. The Kings expressed their support for Eddie Olczyk, who recently underwent surgery to remove a tumor and is receiving treatment for colon cancer “I have been working with outstanding health care professionals and expect to be back in the broadcast booth after I complete my treatment,” Olczyk said in a statement. “Having the support and encouragement from my family, the Chicago Blackhawks organization, NBC Sports and all my friends and fans means the world to me and will give me continued strength to beat this. My family and I appreciate privacy during this time as we focus our attention on my treatments.” A color commentator for the Chicago Blackhawks and NBC Sports, Olczyk appeared in 67 games for Los Angeles in 1996-97, totaling 21 goals and 44 points before he was traded to Pittsburgh on March 18, 1997 for Glen Murray. … Josh Cooper spoke with Rob Blake and Luc Robitaille about the work that lies ahead for an ESPN.com piece. … Ryan Lambert of Puck Daddy asks whether the Kings can still contend for the Stanley Cup. … More from NHL Tonight on the Gretzky trade.

.@LAKings Avery & Rob Blake! How cool to have a Hall of Famer out on the ice doing drills w/ them at #LAKingsCamp! 👧🏼👑🏒 #LAKings #RobBlake pic.twitter.com/osvZ9QCmpb