SIRIUS XM. Pierre Turgeon was announced as Los Angeles’ “offensive coordinator” yesterday, finalizing a one and a half month timetable that began when Kings president Luc Robitaille reached out to “see where I was at in my life,” as Turgeon said when speaking with Scott Laughlin and Steve Kouleas on SiriusXM NHL yesterday. In their conversation, Turgeon was asked whether it was possible to teach players to score and improve their skill level around the net, and said that he’ll turn to drills that facilitate shooting and scoring, and through repetition, players will be able to better react instead of think. It’s not an easy question to answer; a number of times over the last several years, players have been asked, “so, how do you teach scoring?” Via Sirius:

REIGN FORECAST Home openers had already been announced, so Ontario Reign fans knew that the team would be beginning the season at San Antonio on October 7 and celebrating the 10th year of professional hockey in the Inland Empire with an October 20 home opener against Bakersfield. Today, the AHL announced the full schedule. Ontario’s slate (forgive the wonky cropping and posting): 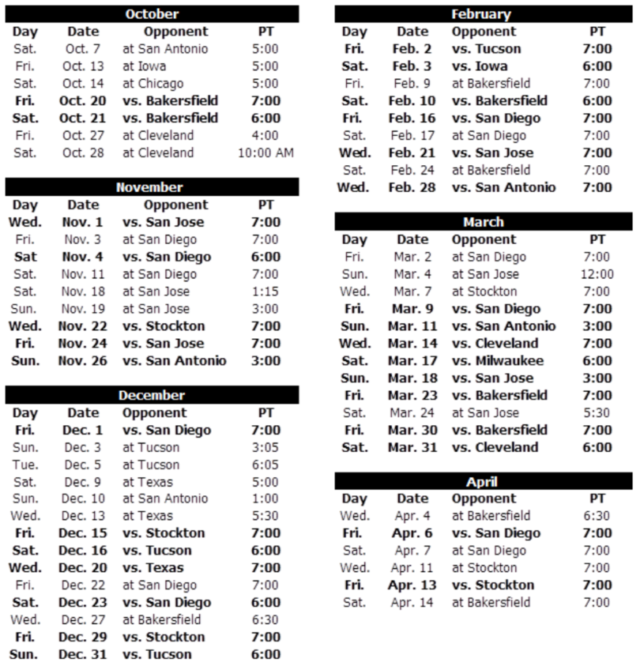 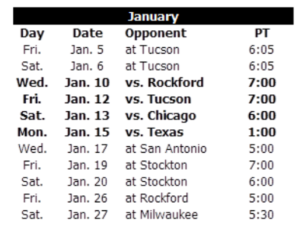 Ontario will play AHL rival San Diego 12 times, and all six home games in the rivalry will take place on either a Friday or Saturday: November 4, December 1, December 23, February 16, March 9 and April 6. In addition to the heavy Pacific Division slate that includes your regularly scheduled fixtures against San Jose, Stockton, Bakersfield, San Jose, Tucson, Texas and San Antonio, the Reign will also welcome (and travel to) Rockford, Chicago (Las Vegas’ affiliate), Iowa, Cleveland and Milwaukee in 2017-18.

As has taken place since the Pacific Division’s addition for 2015-16, the California-based AHL teams will continue to play a 68-game season, while the rest of the league will play a 76-game season. This is based partly on travel logistics and costs, and partly on the desire to avoid an excess of three games in three nights, which are poor for development.

SoCal Series: Of the 12 games played vs. San Diego, eight of the contests will take place in a home-and-home format (4 home-and-home series, all played on Friday-Saturday).