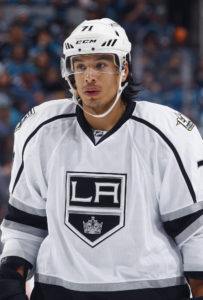 The good: Jordan Nolan, who was coming off a difficult season that ended when he underwent back surgery in March, 2016, appeared to be battling to remain in the lineup early in the first half of 2016-17. By the end of the mid-November Eastern Canada swing, he had already been held out of the lineup 10 times and hadn’t scored a goal since the mid-April game in Calgary that knocked the Kings out of playoff contention late in the 2014-15 season. It gets better from there! With a two-goal, first star performance at Arizona on December 1, and with several standout, chance-generating showings through much of January, he became a mostly consistent “teen-minute” player in a checking, energy role and was demonstrating an improved ability to hold onto pucks, make plays and drive the net without playing too often in the defensive zone or causing turnovers. Nolan is sneakily strong at zone entries, which was surely an asset in 2016-17, a year in which he experienced interesting zone starts that skewed away from neutral zone faceoffs. (His opponents’ CF60, though, was among the lowest on the team, so the competition he faced wasn’t overly fierce.) But things seemed to be clicking well for Nolan during a mid-season surge that saw him play in 36 consecutive games between November 13 and February 1 as he raised his minutes and adhered to the rigors and structure of an NHL energy role. “I think the way I’m trying to address the game and hold on to the puck more with my feet so seems to be working a little bit,” Nolan said in late December. “I think I’m just playing more confident. I’m hanging on to pucks, I feel like I’m not scared to make a play out there and I think it’s just a lot of confidence. That’s really the main thing I can say. I’m trying to make plays, I’m trying to bring pucks to the net and I feel like it’s all kind of coming together now.” He was particularly effective during a 24-game stretch between November 30 and January 21, a period in which he was assessed only three minor penalties and scrapped with Chris Neil in the Senator’s 1,000th NHL game after sending Bobby Ryan flying with a massive, open-ice hit. “I don’t think he was really at full runnin’ until probably the first of November,” Darryl Sutter said. “I think he’s gotten a little bit of that energy and enthusiasm back in his game that was lacking for a long time. He’s a boy that’s got to understand what his role is in terms of what he can give, in terms of the physical part of the game and the staying out of the penalty box part of the game and not turning pucks over – simple things like that – and he has to really stay in that wanting to be a 10-minute player.” He did that for the first time in his career, jumping nearly two full minutes per game to a time-on-ice average of 10:51.

The bad: Nolan’s most effective moments have yet to be sustained over a full season, and 2016-17 was no different. Those stretches include his arrival in the second half of the 2011-12 season, his production over the first half of the 2013-14 season, and this most recent late-fall, early-winter emergence that saw his name reliably written across Sutter’s lineup card. While injuries have played a role, Nolan, who has more skill and better hands than many other players his size or in his role, simply hasn’t been able to consistently sustain his health, production and responsible play over a full season, and immediately after he played 36 straight games, he appeared in only one of the next 20 after lower-body injuries suffered against Colorado and Anaheim took him out of the lineup during the team’s late-season playoff push. His inability to remain in the lineup did not sit well with Sutter, who referred to his first ailment as “a silly little injury” and, on April 6, was openly displeased that his forward wasn’t practicing. “I went on the ice today and I was trying to figure out who the hell wasn’t out there, and I figured out halfway through [Nolan] wasn’t out there, so that’s about as much as I can [share]. We want guys really interested in practicing and playing tonight,” he said. Yeesh. It’s not a surprise for an energy player on a low-scoring team, but not many goals were scored while he was on the ice, and his 1.23 GF60 was the 18th lowest in the NHL among forwards with a minimum 475 minutes. Nolan has never finished a season with a positive CF%Rel, and his -3.2% in 2016-17 is actually the second best rate he has posted in his career. 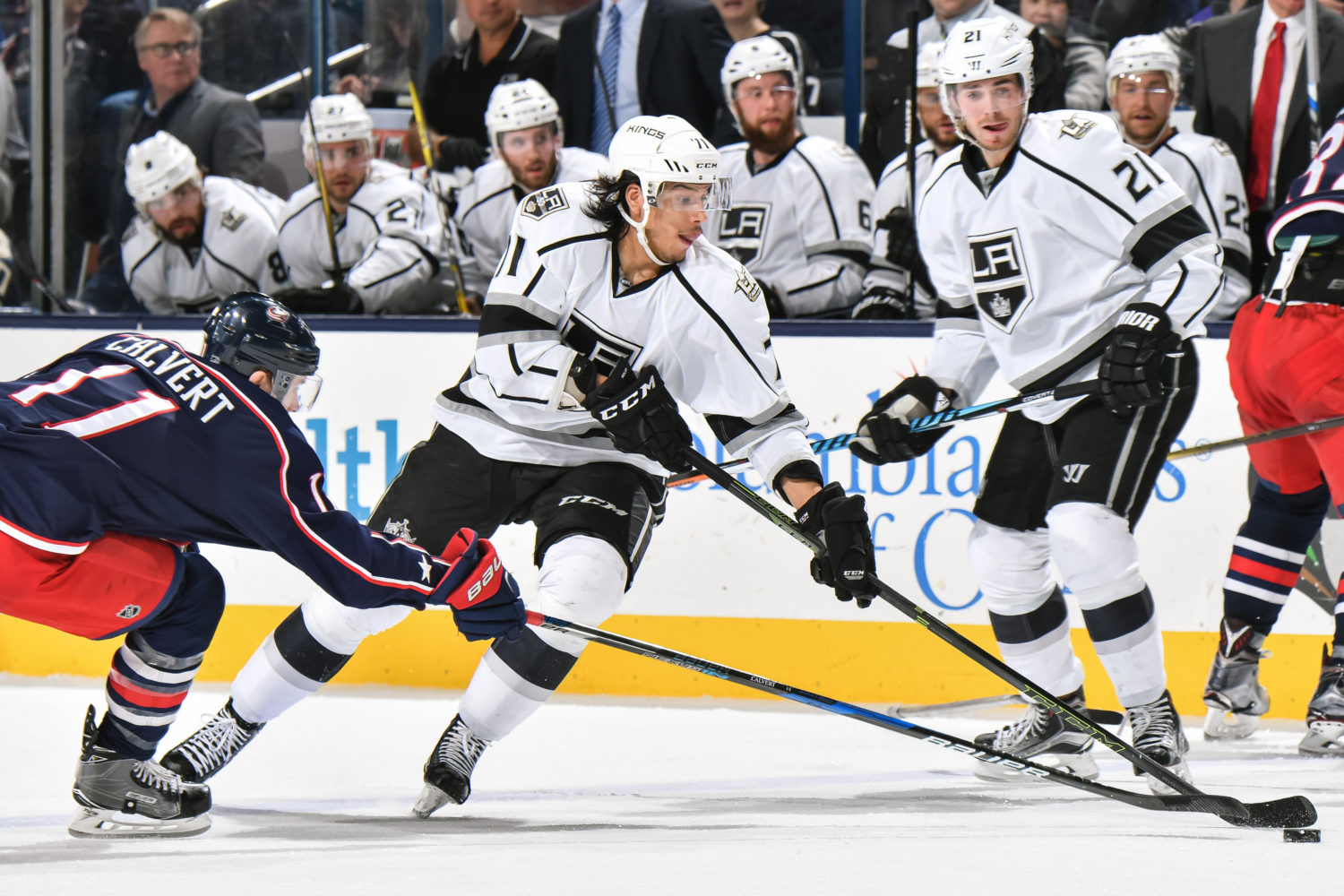 Moving forward: With one year remaining on his contract at $950,000, Nolan will have an inside chance at reclaiming his energy and physical role but will face competition from players such as Andy Andreoff, Justin Auger and Michael Mersch, all of whom could slot into similar roles and would have to pass through waivers if the team decided to assign them to Ontario. With Adrian Kempe and Jonny Brodzinski also looking to crack the roster out of camp in admittedly different roles and expectations, there will be an interesting placement of diversely equipped pegs into the third and fourth lines of a team that was not a high-scoring group one season ago. Nolan has done a good job bringing a mid-season intensity into preseason games in the past, and given his experience, it’s probably his job to lose. But there does appear to be a pattern in Nolan’s six seasons, one more or less reinforced by his most recent campaign. He’ll carve out a strong identity and share some secondary production for weeks-long stretches before ultimately settling on somewhere between 55 and 65 games played and nine or 10 points. Health in hockey goes well beyond the dings and sprains and blunt force injuries sustained over a grinding 82-game season, and it’s great to see Nolan open up about having made a choice to cut alcohol out of his life entirely. Nolan surely deserves appreciation for serving as a terrific role model and a voice for his own Ojibwe community and for a tight brotherhood of First Nations Canadian athletes. . 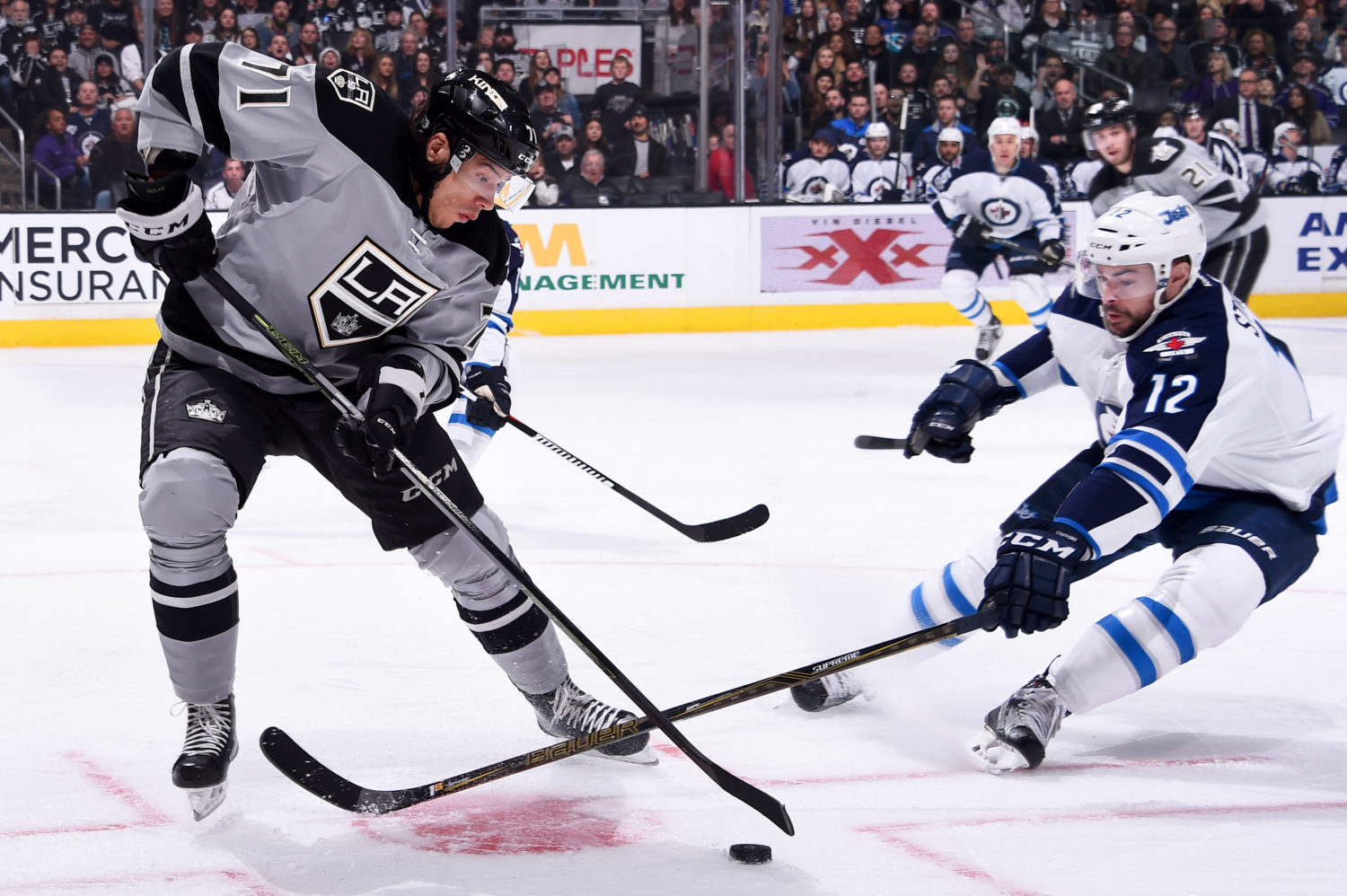 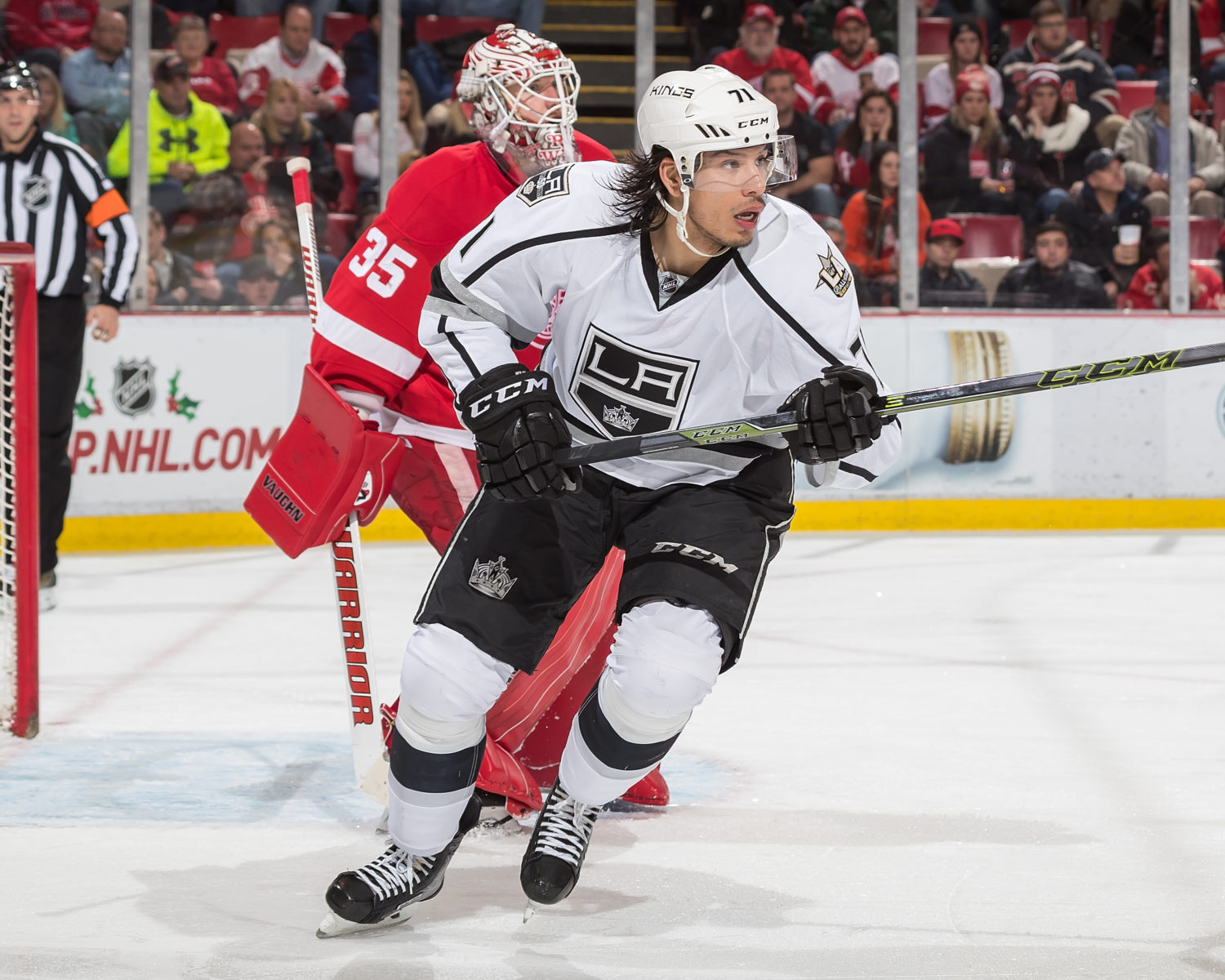