7:25 p.m. Aaaaaand, here’s the Hart Trophy presentation. Congratulations, Connor McDavid, for winning the first of many.

I’ll have a few McNabb quotes up in a little bit. Enjoy your Wednesday night, Insiders. There’s a ton of NHL Draft coverage coming from Chicago, and we’re expecting to chat with Rob Blake tomorrow to kick things off. Let’s talk soon.

Vegas will also receive Shea Theodore from Anaheim. That’s a nice pick-up if the Golden Knights decides to keep him. He may also be an interesting trade chip. Anaheim incentivized the Vegas to select Stoner by offering Theodore, whose loss will be cushioned by the emergence of skilled puckmover Brandon Montour. As for the selections from Minnesota and Columbus, there are a few addendums.

(2/2) If VGK acquire multiple third-round picks this year, the #mnwild essentially gets the second highest third.

#CBJ also send David Clarkson to @GoldenKnights, plus this year's first-round pick and a 2019 2nd rounder. NO prospect traded.

From CHI, VGK claim Trevor van Riemsdyk, defenceman. Much speculation that TVR may be flipped tomorrow to CAR.

7:07 p.m. Sergei Bobrovsky wins the Vezina. Torts kind of let the cat out of the bag here.

Tortorella: "I had a pretty good goalie, the guy who’s going to win the Vezina. I’m not sure it’s been announced, but he’s gonna win it."

Nice speech by Bob. That’s not easy standing in front of a packed arena and conveying warmth and emotion in a foreign language.

6:52 p.m. Johnny Gaudreau is your Lady Byng winner. His former teammate Jiri Hudler won the award two years ago. Anze Kopitar won it last year but did not finish in the top 20 this year. The voting:

The #Oilers once traded a first and second round pick for Griffin Reinhart and he ends up as Vegas' pick in the expansion draft. #NHL 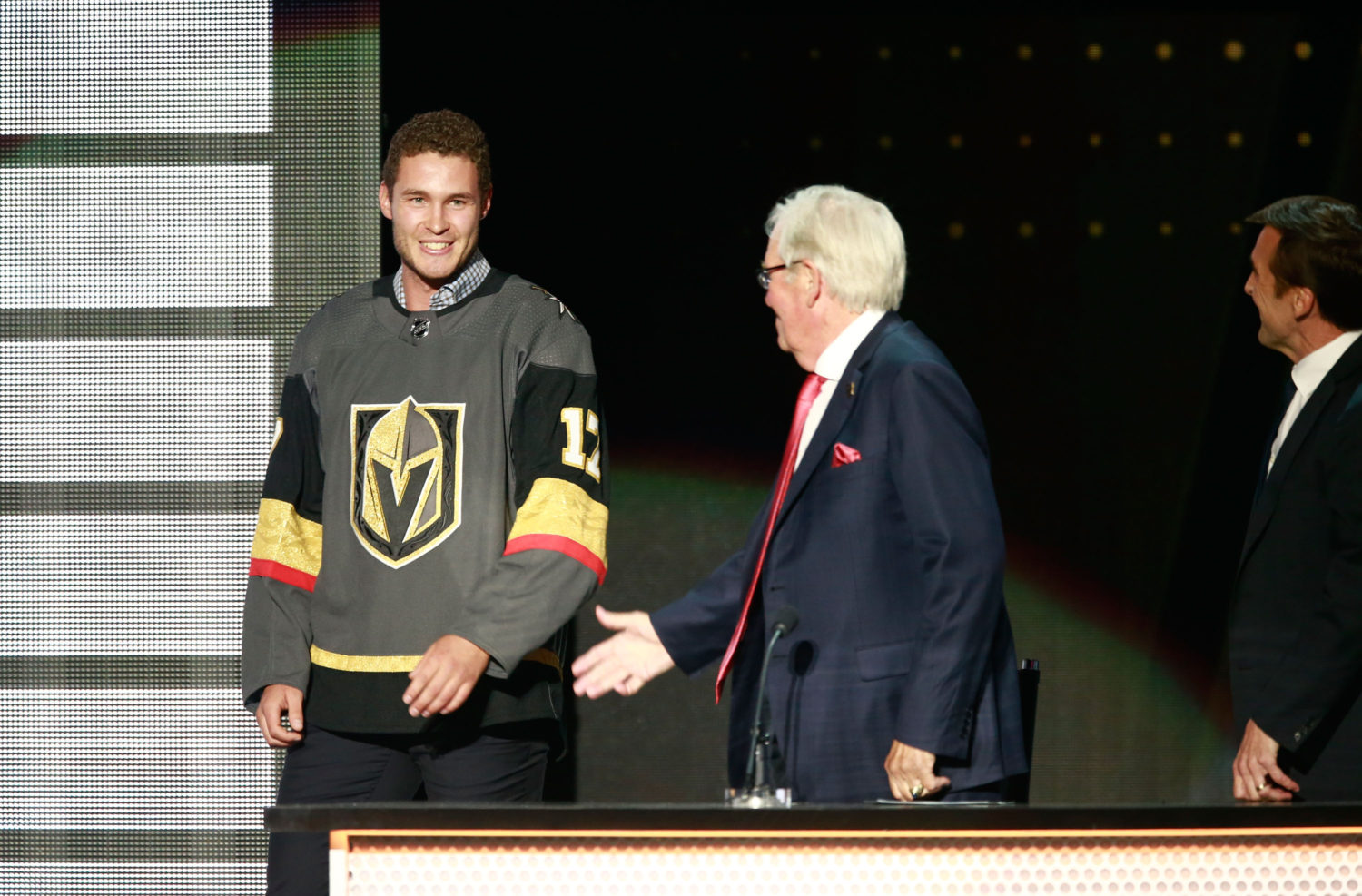 6:31 p.m. For those who place stock in these things, Connor McDavid will grace the cover of NHL 18. Don’t expect a cover jinx.

So many accolades and now, a Cover Athlete.@cmcdavid97 will grace each copy of @EASPORTSNHL's #NHL18. pic.twitter.com/78UXZCg8ab

6:23 p.m. John Tortorella wins the Jack Adams Award as the NHL’s coach of the year. He was the last coach to guide his team to a Stanley Cup the year he won the Jack Adams. (See: Tampa Bay Lightning, 2003-04)

6:18 p.m. David Poile is your General Manager of the Year. No qualms here.

6:16 p.m. David Harbour’s performance may have been the best part of Stranger Things, and that’s saying something.

Vegas selects Connor Brickley from the #Canes, who send a 5th-round pick in 2017 #NHLDraft to the Golden Knights. https://t.co/L0zkzeJkht

There is a 1st round pick involved in that Thorburn pick.

As expected, McNabb is selected from the Kings, and no side deal was listed. It sounded like there were a few extra boos when the Kings were announced. Expecting a fun rivalry there, but as well all know, rivalries don’t really take off until teams meet in the playoffs. Given the divisional playoff format, that could happen more quickly than the construction of a typical expansion rivalry.

5:28 p.m. Brent Burns wins the Norris Trophy. Is he the NHL defenseman whose shot leads to the greatest percentage of scoring chances? It certainly seems that way. Here were the odds, as provided by Bovada:

5:10 p.m. The Ted Lindsay Award, as voted on by the NHLPA, is presented Connor McDavid. Have always appreciated how well Sidney Crosby has engaged with the media and presented himself publicly as he’s been the most high-profile player in the league. All signs show that McDavid has that same poise.

5:05 p.m. Someone explain to me who Joe Manganiello is. This is probably on me; my understanding of trivial contemporary culture is poor. 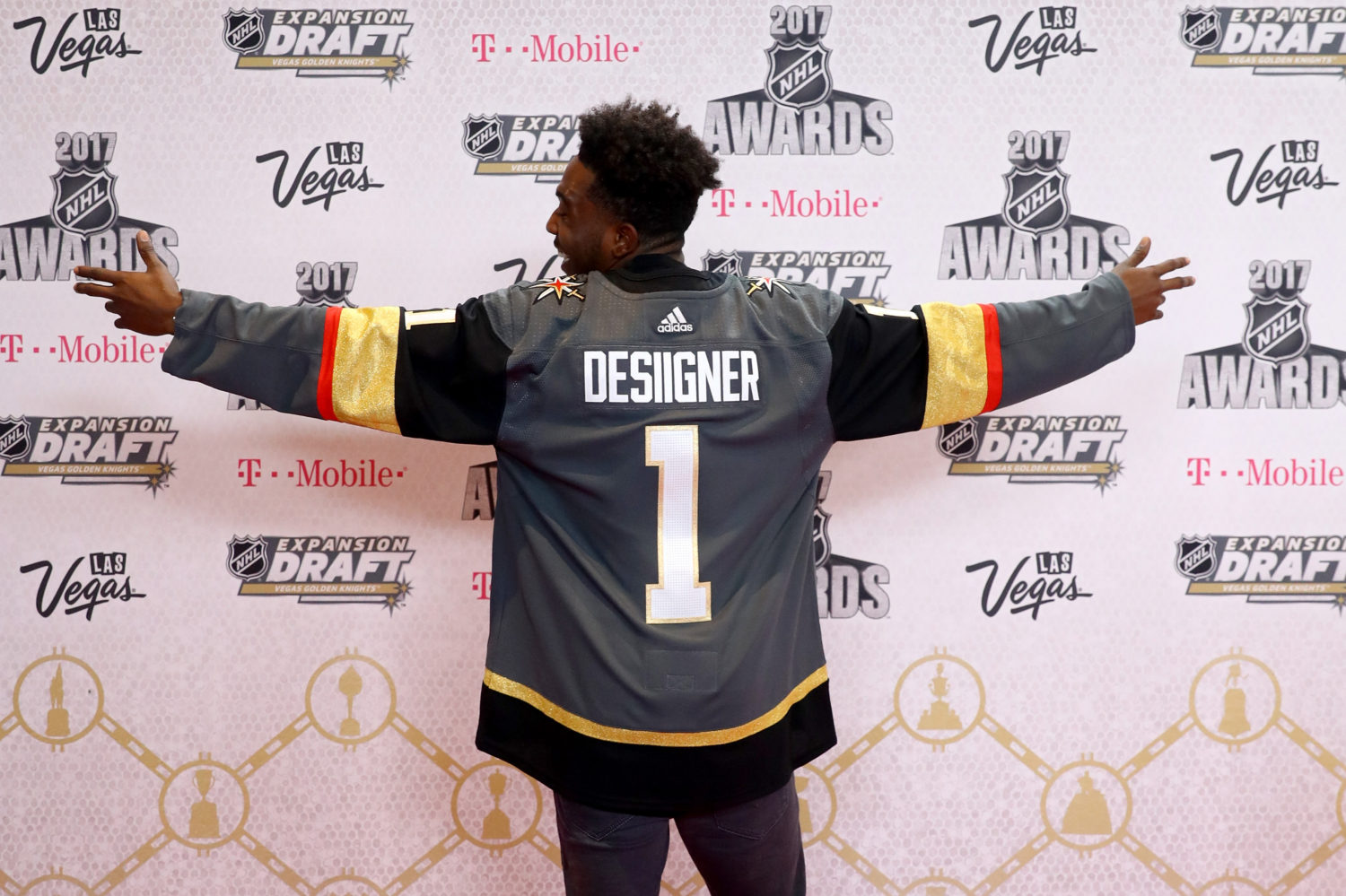