NEW JERSEYS. Jumping right into expansion and NHL Awards proceedings, the NHL will unveil the 31 new Adidas jerseys in Las Vegas this evening at 7:00 p.m. I’ll have a post up at the time that will link to all of the new jerseys without relying too much on the inevitable corporate and propagandic jargon that accompanies such announcements. There won’t be any major changes to the Kings’ jerseys, only some neckline accents and adjustments, and a different texture along the shoulders that I believe are being incorporated into most, if not all, of the new jerseys.

Via SportsLogos.net, 12 teams are expected to have slightly more substantial jersey changes: Boston, Buffalo, Calgary, Colorado, Columbus, Dallas, Edmonton, Florida, Minnesota, Nashville, New Jersey and Ottawa. An example of a more significant change would be the Oilers, who are expected to switch full-time to their orange third jerseys at home. Vegas’ new threads will also be unveiled at tonight’s reveal. Teams are not expected to use third jerseys in the 2017-18 season.

STILL WAITING. As has been noted for the better part of the last year, the Kings are set up better than most teams for the expansion draft, which is expected to come and go with minimal side negotiations involving L.A. The sense over the weekend was that there wouldn’t be any trades worked out with Vegas, and that the team would simply lose a player and move on. That still appears to be the case. As noted in LAKI’s expansion draft primer, Brayden McNabb, Trevor Lewis and Nic Dowd are the most likely players to be selected by Vegas. Golden Knights GM George McPhee says that he has “at least’ six trades completed, and that they’re prepared to pull the trigger on a number of defensemen.

The NHL Awards and expansion draft will air on NBCSN beginning at 5:00 p.m. Wednesday.

THE SCHEDULE OF THE SCHEDULE (not to be confused with The Story of the Story of Everest). The 2017-18 NHL schedule will be revealed this Thursday at 12:00 p.m. PT on the NHL Network. The NHL Network will also feature three hours of live coverage before and after the first round of the NHL Draft at the United Center in Chicago this weekend. Though NBCSN will televise the first round on Friday with coverage beginning at 3:30 p.m. PT and the draft scheduled to begin at 4:00, the NHL Network will televise rounds two through seven beginning at 7:00 a.m. PT on Saturday, June 24. Teams will start announcing their home openers at 9:00 a.m. PT Wednesday morning.

DON’T DO DOAN DIRTY. Good on Shane Doan for taking a high road, because he wasn’t really done all that well by Arizona on Monday. The most important figure in Coyotes history and the best ambassador of the sport to the Sonoran desert, Doan took an eight or nine-minute meeting with John Chayka in which he was told he would not be retained, shook the GM’s hand, and moved on with his career. (Great reporting here by Sarah McLellan, who was among those to note that Doan had been offered an off-ice role with the club.) Doan’s production dropped from 28 goals and 47 points in his 39-year-old season to six goals and 27 points in his 40-year-old season. Not to get overly sentimental about an aging star who has made lots of money in his career and will retire inundated by the adulation of appreciative fans, but a brief conversation, a handshake and a 10-sentence statement from the owner is not the appropriate way to put a neat bow on the veteran’s playing career in Arizona and walk away. Given Doan’s apparent surprise at the direction of his meeting with Chayka, it seems odd that this topic wasn’t addressed before the team broke for the off-season. Also, this is the best paragraph from the Arizona Republic article: “Drafted seventh overall in 1995, Doan spent just one season in Winnipeg before the franchise relocated to the Valley in 1996. He experienced a 98-degree difference from when he left Canada to touching down in Phoenix and immediately fell for the sandy landscape, prickly cacti and sherbet sunsets – scenery he was familiar with from his favorite movie Tombstone.” ::furiously files away “sherbet sunsets” for a future Instagram caption:: 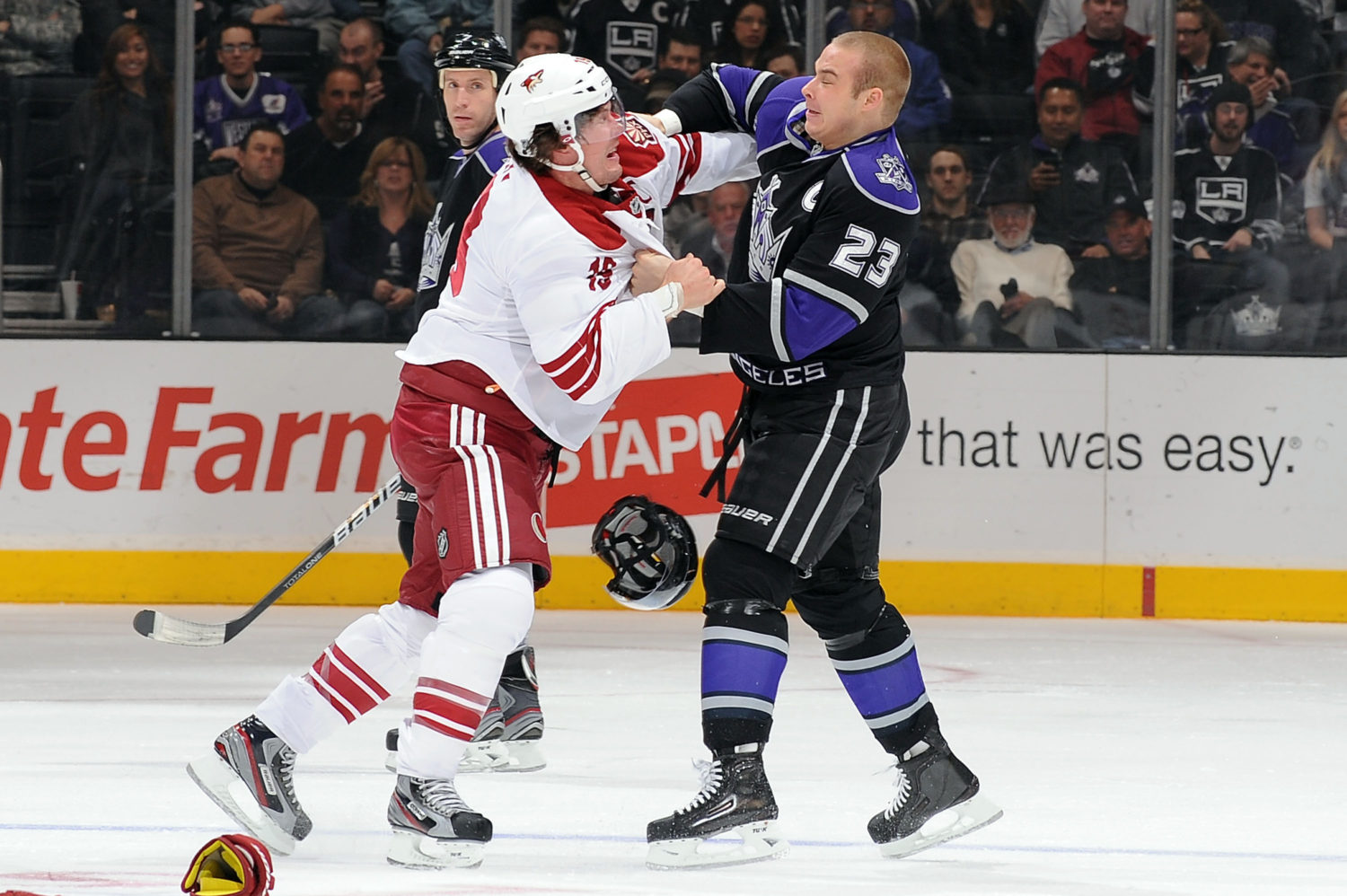