Greene activated from IR; team says transaction is for a buyout 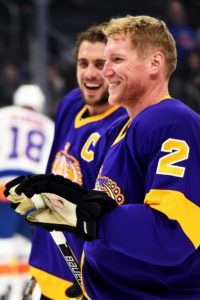 The Los Angeles Kings have activated defenseman Matt Greene from injured reserve, the team announced Tuesday. Per a team source, the transaction was made so that the Kings will buy him out of his contract when the league’s buyout period opens on Thursday.

Greene was placed on injured reserve on January 30 with back and groin injuries and underwent back surgery during the second half of the season. He progressed enough in his rehabilitation to join the club for a pair of late-season road trips and has continued his rehabilitation at Toyota Sports Center as the off-season has progressed. I’m told he’s recovered from his surgery and is healthy.

Greene, who appeared in all 82 games in 2014-15 but had shoulder and elbow surgeries in 2015-16 and surgery to correct a herniated disc in 2012-13, has endeared himself to Kings fans by sacrificing his body for the betterment of the team but hasn’t been able to remain healthy and as highly effective as when he appeared in all 82 regular season games and 20 playoff games in 2011-12. There may not be a King from his era who was more likely to willingly absorb blunt force pain to the same degree as the now-34-year-old. His arrival in Los Angeles along with Jarret Stoll as part of the Lubomir Visnovsky trade in June, 2008, helped catalyze the culture that Dean Lombardi and the Kings’ front office looked to establish during the early stages of their championship ascendance. Even as he missed games, he retained an important part of the team’s leadership group.

But Greene’s limitations have become more pronounced as pace and speed have become so integral to success in the modern game. Even in 2013-14, the season leading up to his four-year, $10-million contract, Greene was a healthy scratch during the second half of the season and appeared in only 38 games. Combined with his injury history, he played in as many as half of the Kings’ games only once in the last five seasons. There were questions as to how he would be used (and whether he would even be available) in 2017-18, but any buyout essentially ends that conversation as it relates to his playing career in L.A. (Keep in mind that the team had placed Greene on waivers at the end of last June for potential buyout purposes while they were making a last attempt to summon money together to retain Milan Lucic. Greene ultimately passed through and was not bought out as Lucic signed in Edmonton.)

Should the buyout be consummated, Greene’s $2.5-million cap hit for 2017-18 would be replaced by an $833,333 cap hit for both 2017-18 and 2018-19. With that development, the Kings would have approximately $65.97-million invested in 17 players for the 2017-18 season, based on financials provided by Cap Friendly. (Jeff Zatkoff’s cap hit is not included in this sum, though Adrian Kempe’s is.) The 2017-18 salary cap is expected to be in the $73-77-million range, dependent on whether the NHLPA decides to exercise its 5% escalator clause. Bob McKenzie reported on Twitter earlier this week that the NHLPA is in “internal discussions” over whether it will apply the “full 5% inflator or some lesser number than 5 but greater than zero.”

The University of North Dakota product has totaled 17 goals, 80 points, a minus-10 rating and 663 penalty minutes in 615 career NHL games. 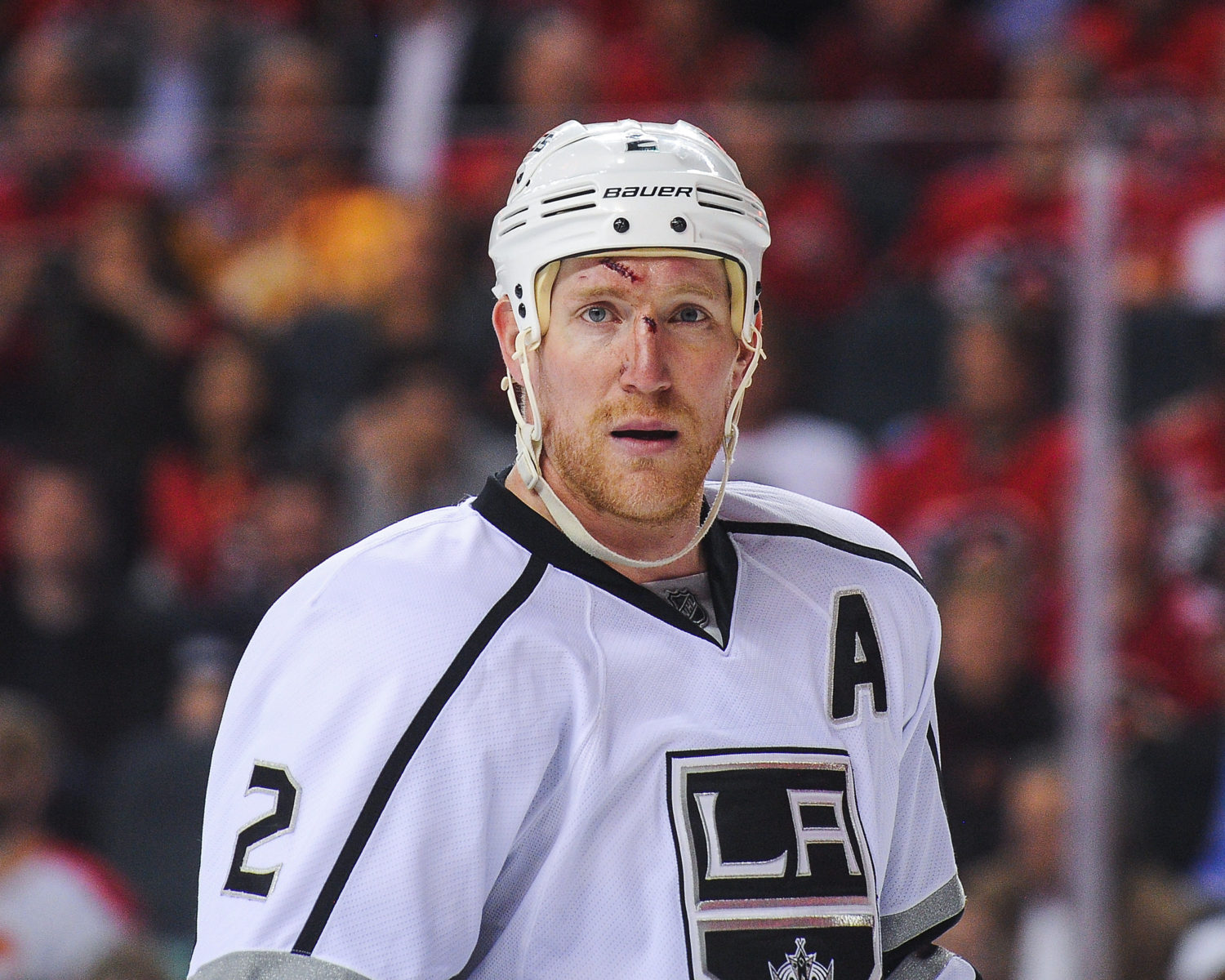