The Los Angeles Kings and Fox Sports West/Prime Ticket have been recognized with a number of Los Angeles Area Emmy Awards nominations and Telly Awards.

This is the third Emmy nomination for LA Kings Production (née Kings Vision), and first for the Black & White series.

Graphic designer Christopher Calleton of FOX Sports West/Prime Ticket was also nominated for a Los Angeles-Area Emmy, as were Prime Ticket videographers Jake Alba and Jake Loskutoff. It was a popular year for Kobe Bryant and Vin Scully-focused work. Eleven different Bryant and Scully features and presenters won Emmys, and an additional number more were nominated.

A number of FOX Sports West projects also won Telly Awards, including this feature that Jack Wilson, Marcus Ortiz and I put together in the first half of the season, when Denis Fugere spoke about his brave journey in becoming cancer free.

Patrick O’Neal and Kings Weekly were also recognized for their work in continuing to tell the story of Aleesa and James Miller, the Kings fans who were wed at center ice at Staples Center and are persevering through Aleesa’s heart scare. 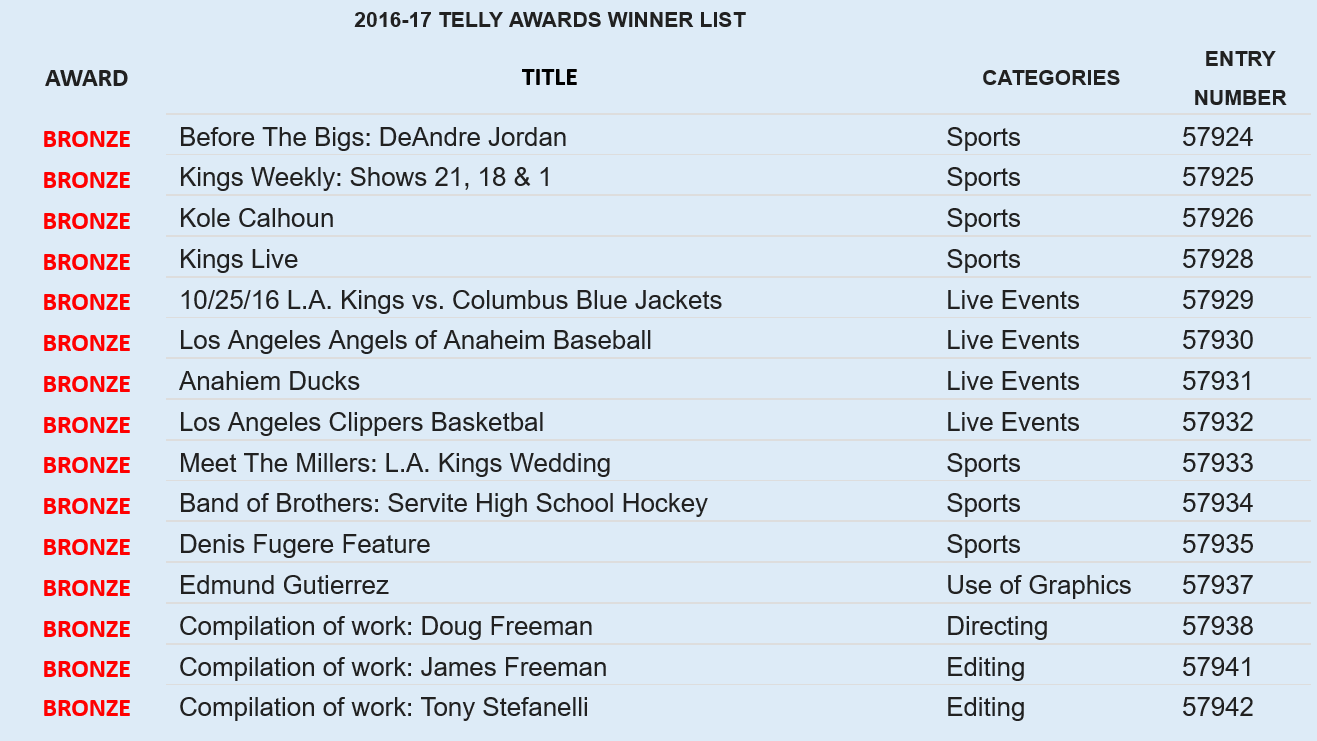