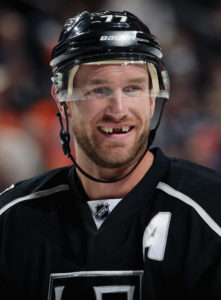 The good: You know a player is consistent when there’s already a template for his off-season evaluation. It segues from a review of his consistent if sometimes bunchy goal scoring into goatee-scratching over any data that might raise a red flag as the tenured and productive center takes another stride towards the back nine of his decorated career. Next season, that player, one year older, continues to score a ton of goals while aiding in a number of efforts that help his team win hockey games. Repeat. It’s the Jeff Carter Circle of Life, and in 2016-17 he enjoyed a significant uptick in his personal goal scoring – impressive, considering 2016-17 wasn’t exactly a rising tide of L.A. offense – en route to being named a mid-season All-Star, the Bill Libby Award winner as the team’s MVP (as voted on by the media), the team’s King Clancy Memorial Trophy nominee (as voted on by the players) and the Most Popular Player award (as voted on by the booster club) as the Kings’ leading scorer. The last person other than Anze Kopitar to lead Los Angeles in scoring was Michael Cammalleri, who totaled 80 points in 2006-07, and after Kopitar’s nine-year reign atop the charts, Carter did so by 14 points. His 66 points tied the second-highest haul of his career, while his 32 goals ranked fourth among his 12 NHL seasons. 15 of his 19 5×5 assists were primary assists, setting a career high in that specific category. Using a high shot volume that resulted in a team-high 250 shots on goal, Carter finished with an elevated though not unsustainable 12.8% shooting percentage, tying his second highest rate as a King and the third highest rate of his career. His 22 power play points tied the second highest haul of his career, with his 10 power play goals and 22 points leading the club. This allowed Carter to remain a peripheral Hart Trophy candidate and someone who contended for the Rocket Richard Trophy prior to the club’s mid-February bye week. “I think you can just tell that he’s really confident, he’s really comfortable with the puck and he’s confident away from the puck, so when you’re playing like that and feeling like that, things just start to go your way,” Tyler Toffoli said in February. “You get some good bounces and that’s what good goal scorers do, they score those goals that other guys just can’t seem to put in.” He scored big goals, too, tying for second in the league with nine game-winners.

Goal scoring, while the most visible and easily measurable aspect of Carter’s full package, is only one facet of a highly diverse skill set. Though Kopitar experienced a down year, there’s still probably not as situationally responsible and tight checking of a one-two punch at center across the league. Carter uses his exceptional skating to cover a lot of ground, allowing his own awareness, intuition and massive wingspan turn 30/70 pucks into 50/50 puck battles. “He closes distance quickly,” former assistant coach Davis Payne said in November. “When he wants to get there, he’s gonna get there. That closing speed, that anticipation – that’s a loose puck in your favor.” The defensive acumen again allowed him to serve as a fixture on the team’s traditionally successful penalty kill, where he averaged 91 seconds of ice time per game and, along with Tanner Pearson and several others, graded successfully across all shorthanded criteria. He scored a shorthanded goal for the fourth consecutive season. On Carter’s overall responsibility, Toffoli said: “I think he’s just in the right spot and when he’s that fast and he’s quick too, he just knows that he can kind of be in two places at once. If I have it on the wall and if I’m in a stick battle then he can be there and if I turn it over he’s going to be able to get back in time too, so it makes it a lot easier and gives me a little more confidence when I try and make those plays.” 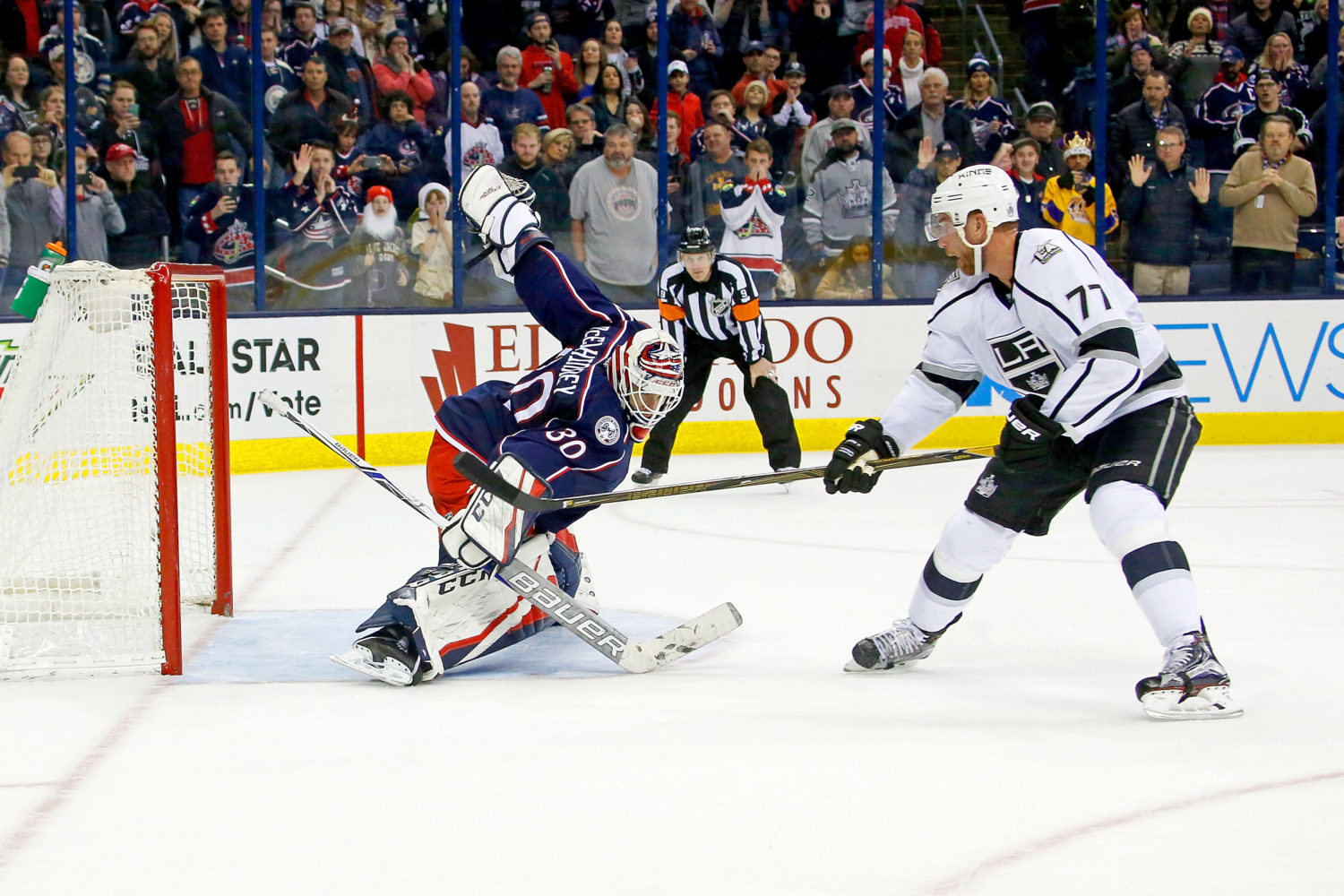 But if there’s another aspect of Carter’s play that has developed over his most recent seasons as a King, it has been his emergence as a highly gravitational figure in the team’s leadership committee. It has been stated once or twice that the team has experienced a transfer of leadership in recent seasons, and Carter’s emergence as one of those figures has been a boon. He knows when to speak up, when not to speak up, and while he’s not always available to meet with the media on the mornings of practices or games, his personal approach is a model to younger players and skewed to allow himself long-term success. With 32 goals in his 31-year-old season, it pays off. That regularity within his approach allows the consistency – perhaps not always reflected in his streaky goal scoring, but rather in his year-end results and terrific 200-foot play – that has defined his Los Angeles tenure to flourish. “I think when Kopi got hurt there was a chance for some guys to step up and that’s kind of the way I looked at it from my point of view, but things have been going well for myself and my line personally,” he said. He’s not kidding about his line: Though there had been middling That 70’s Line results from November, 2014 through the end of the 2015-16 season, the team posted a 62.7% CF% when Tanner Pearson, Carter and Toffoli were on the ice together in 2016-17. He played in 100% of his team’s games for the fifth time in his career, and while he had posted two goals in 13 shootout attempts from 2014-16, he scored three times on four attempts this past year.

The bad: Virtually nothing, though he scored only three goals in the team’s final 27 games of the season as his name dropped out of the Hart and Richard trophy discussions. It may be a symptom of the team’s overall drop in performance over the final two months of the season and not tied up in Carter’s own personal success, but the Kings had a .545 points percentage through the first 55 games and .481 over the final 27. Still, the familiar template gets dusted off for this section: Carter can be a streaky scorer, and while his 2017-18 campaign and revered conditioning regimen offered absolutely no indications, there’s still the general flimsy observation that he’ll turn 33 this coming season, and at some point, theoretically, he’ll hit more of a slope in the bell curve of his terrific career. 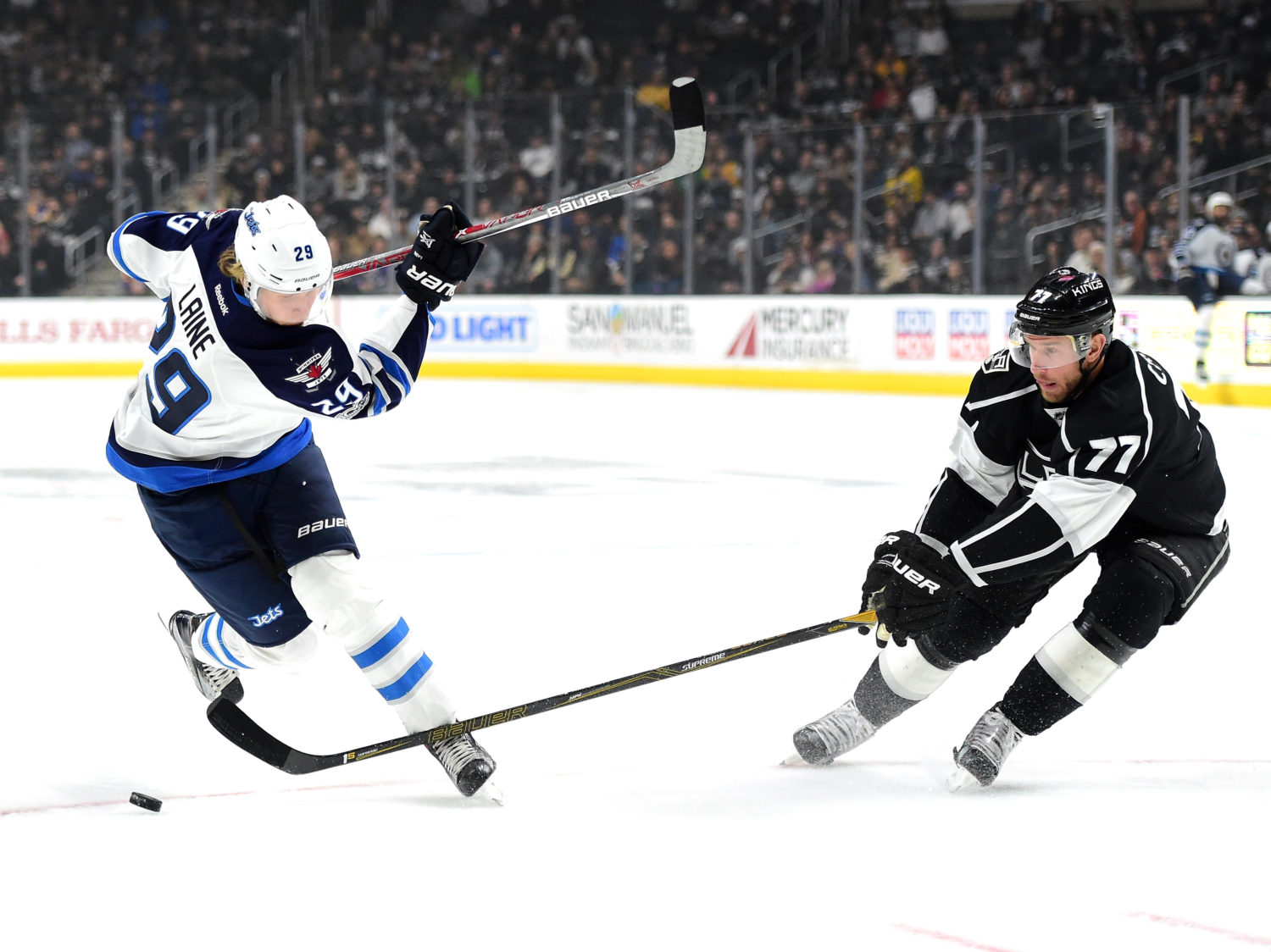 Moving forward: Carter experienced a satisfying personal season in which he excelled in all situations and reached the upper end of reasonable preseason projections. He did so as the type of a player who makes those around him better and continued to grasp a sizable share of the team’s leadership reins. Really, there were only two players – maybe three if Drew Doughty is also on the list – who could be considered the team’s MVP this past season: Carter and Peter Budaj. Expect a somewhat similar season in which he may not quite hit the same exact levels reached in 2016-17 but should, without injury, reach that upper-20 goal threshold while accounting for somewhere around 65 points. The team as a whole should score more (to some degree) than it did last season, which could boost the secondary assists that weren’t consistently there for Carter this past season. Beyond that, he’s always someone who should draw some consideration for the Selke and Lady Byng trophies. Don’t expect any major change in his thrust or deployment under John Stevens as opposed to Darryl Sutter. 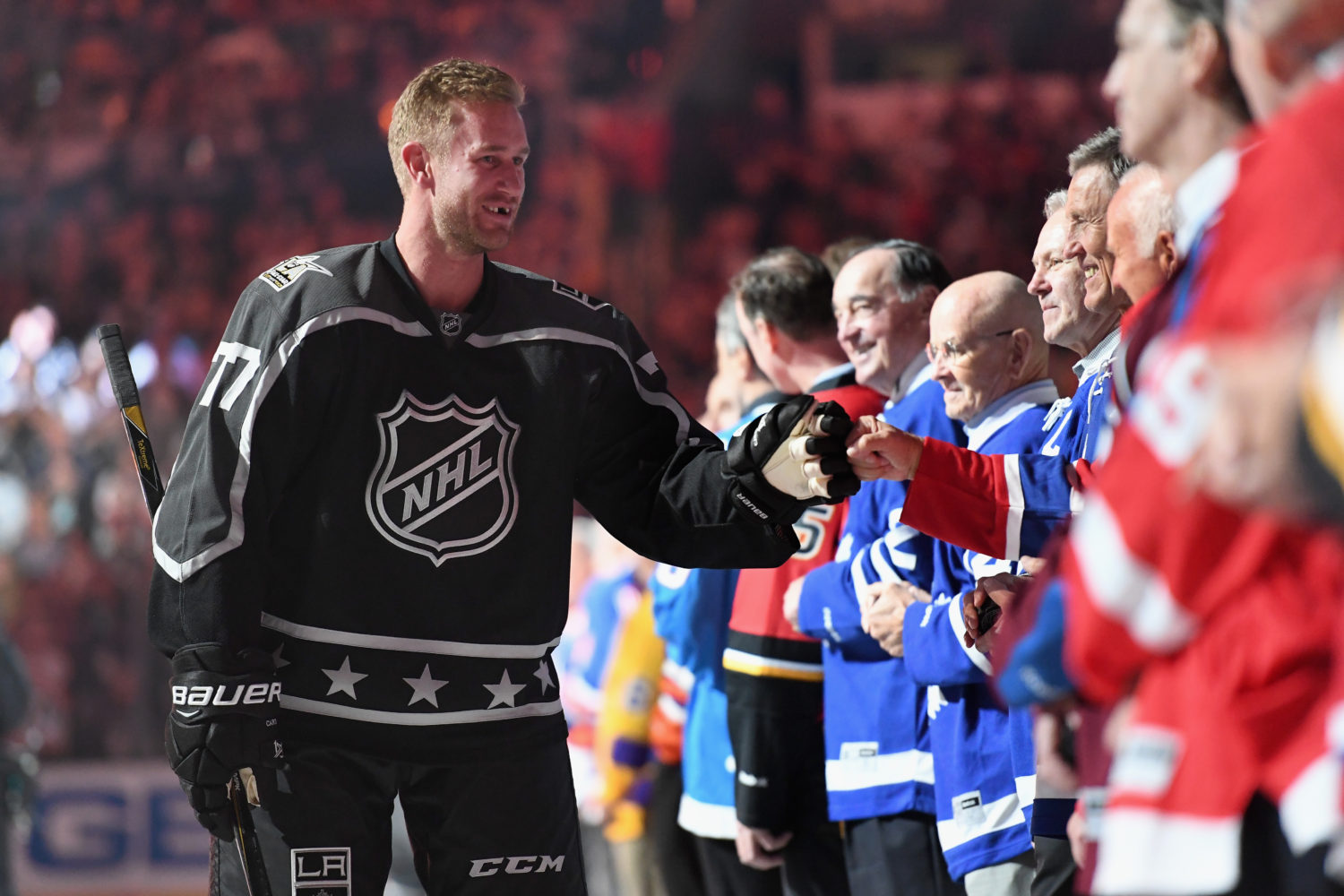