No lottery surprise for Kings, who fall one spot and will pick 11th - LA Kings Insider

No lottery surprise for Kings, who fall one spot and will pick 11th

The Los Angeles Kings not only did not win the NHL Draft Lottery, but they fell back one slot from where they were most likely to draft because of upheaval that resulted in the Philadelphia Flyers, who were most likely to select 13th, winning the second overall selection and pushing Los Angeles down to 11th. The Kings entered the evening with a 4.5% chance to win the first overall selection and a 14.4% chance to win a top-three pick. Separate drawings were held for the first, second and third overall picks.

In a flash evaluation, though the Kings fell a spot, the overall results come with a silver lining. Unlike when a divisional rival won the right to select Connor McDavid two years ago, Eastern Conference clubs earned the first two selections, allowing New Jersey and Philadelphia the right to claim Nolan Patrick of WHL-Brandon and Nico Hischier of QMJHL-Halifax, two players that have appeared to separated themselves above the competition based on ongoing league-wide evaluation. A flimsy but potentially long-term benefit is that this season, three divisional rivals – Vancouver, Vegas and Arizona – not only lost the opportunity to pick first or second overall but fell three spots in the final order. This year’s draft class does not come with any players who have distanced themselves in the scouting process to the same degree that Sidney Crosby, Taylor Hall, Tyler Seguin, Nathan MacKinnon or McDavid were when they were grouped above their peers.

The Devils previously won the 2011 Draft Lottery, which allowed them to move up four spots from eighth to fourth, where they selected Swedish defenseman Adam Larsson. Larsson was ultimately traded to the Oilers for Taylor Hall, who was selected first overall in 2010. The Kings won the 1995 Draft Lottery, allowing them to move from seventh to third, where they selected Aki Berg.

Because the lottery applies to the first round only, Los Angeles owns the 10th-best picks in each subsequent round, meaning they currently own the 11th, 41st, 72nd, 103rd, 134th, 165th and 169th selections in the draft. They earned the 169th selection in the trade that sent Peter Budaj and a seventh round draft pick to Tampa Bay for Ben Bishop and a fifth round selection.

Two off-seasons ago, the Kings had a 2.0% chance to win the lottery and select McDavid. (BREAKING: That didn’t happen.)

The 2017 NHL Draft will be held at the United Center in Chicago on June 23-24. In the lead-up to the draft, make sure to follow Bob McKenzie and TSN’s coverage (a mock draft, prior to today’s lottery, is available here), and if you don’t mind shelling out a few extra bucks per month, ESPN.com’s Corey Pronman is a plugged-in drafting and scouting expert, and much of his work is available at ESPN Insider. LAKI will cover the draft and provide thorough coverage in the weeks preceding it. 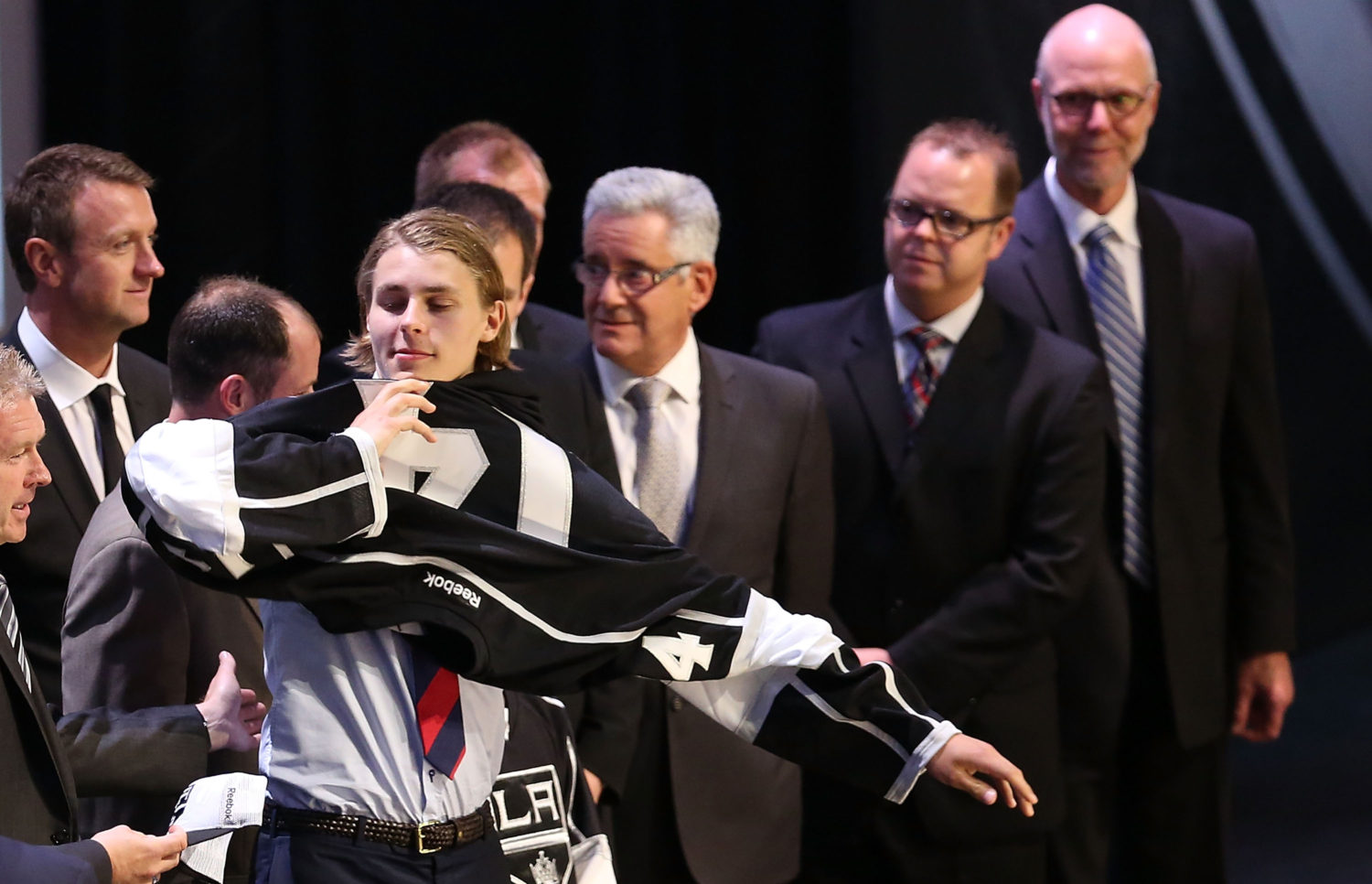