Reign game breakdown
San Diego’s Nic Kerdiles rifled a shot over the right shoulder of Jack Campbell with 1:33 left in the game to break a long-lasting tie and give the Gulls an eventual 3-1 win in San Diego Friday night. The Gulls have taken a 2-1 series lead in the best-of-5. The beneficiary of some hard work off the wall by Ondrej Kase and a mis-read by the Ontario defense, the puck came free to Kerdiles in the high slot who had a wide-open path and wristed in the winner. “We didn’t end the play in our end,” head coach Mike Stothers said. “Allowed them to walk off the wall, something we talked about, oh, let’s see, just about a thousand times over the course of the year.” San Diego’s power play opened the scoring at the 6-minute mark of the first on a cross-ice pass that eventually got to the stick of scorer Kalle Kossila. A focal point for Ontario coming in was having a better start after their lackluster one in Game 2 and they came much better, being able to answer on a power play goal, their first of the series, by Mike Amadio who has now scored the only Reign goals the last two games. From the left point, Sean Backman perfectly placed a hard pass through traffic and onto the stick of Amadio, who sent the puck over the glove of Jhonas Enroth at 9:30. The second period went scoreless with the Reign outshooting the Gulls 17-8 and the Reign were even better in the third, keeping the Gulls in their end and out-shooting them 11-2 at the midway point. Their failure to score on their own chances, even while getting the puck in close multiple times on Enroth, allowed the Gulls to hang around and take the lead on the late goal. Antoine Laganiere capped the scoring on an empty-netter.

Best quote
Kerdiles, on his game-winner: “I knew where I was shooting that puck right when it hit my stick and I tried to put everything on it.” 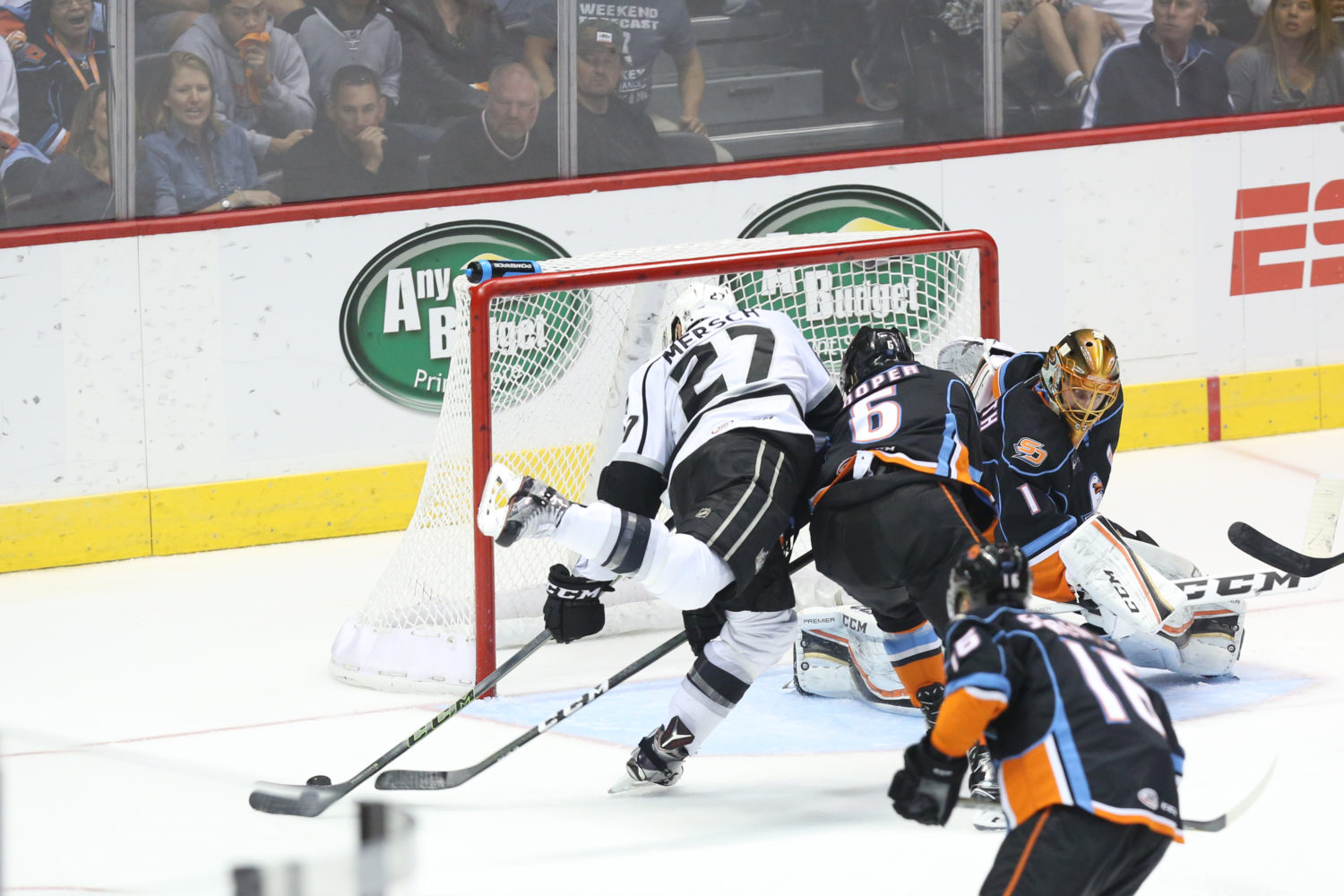 Three stars
–Nic Kerdiles – “It always comes down to the details,” Stothers said after the game and a mix-up by Vincent LoVerde and Mike Amadio left Kerdiles open on the winner. When Kase brought the puck off the wall LoVerde admitted he and Amadio tried to switch who they were defending and in turn lost sight of the eventual goal scorer. Kerdiles put away his second of the series to give San Diego their first win on home ice against Ontario in the playoffs.
–Jack Campbell – If not for Campbell this game could have been far out of reach. Although the Reign outshot San Diego in the second, the Gulls had a high rate of scoring chances, including one in the slot by Max Gortz which the netminder pushed out to challenge and stop. San Diego’s speed at times has been difficult for Ontario to match as they’ve backed-off the Reign D to generate zone time and as a result, Campbell’s been busy. He finished this one with 24 saves.
–Nick Sorensen – Sorensen, coming off a two-goal performance in Game 2, collected a two-assist performance in Game 3. On Kossila’s mark, he tipped an Andrew Welinski pass along for an unattended and crashing Kossila to put away. He also assisted on the empty-netter, getting the right amount of bounce of the boards to let the puck die in the Reign zone for Laganiere with 28 seconds left. 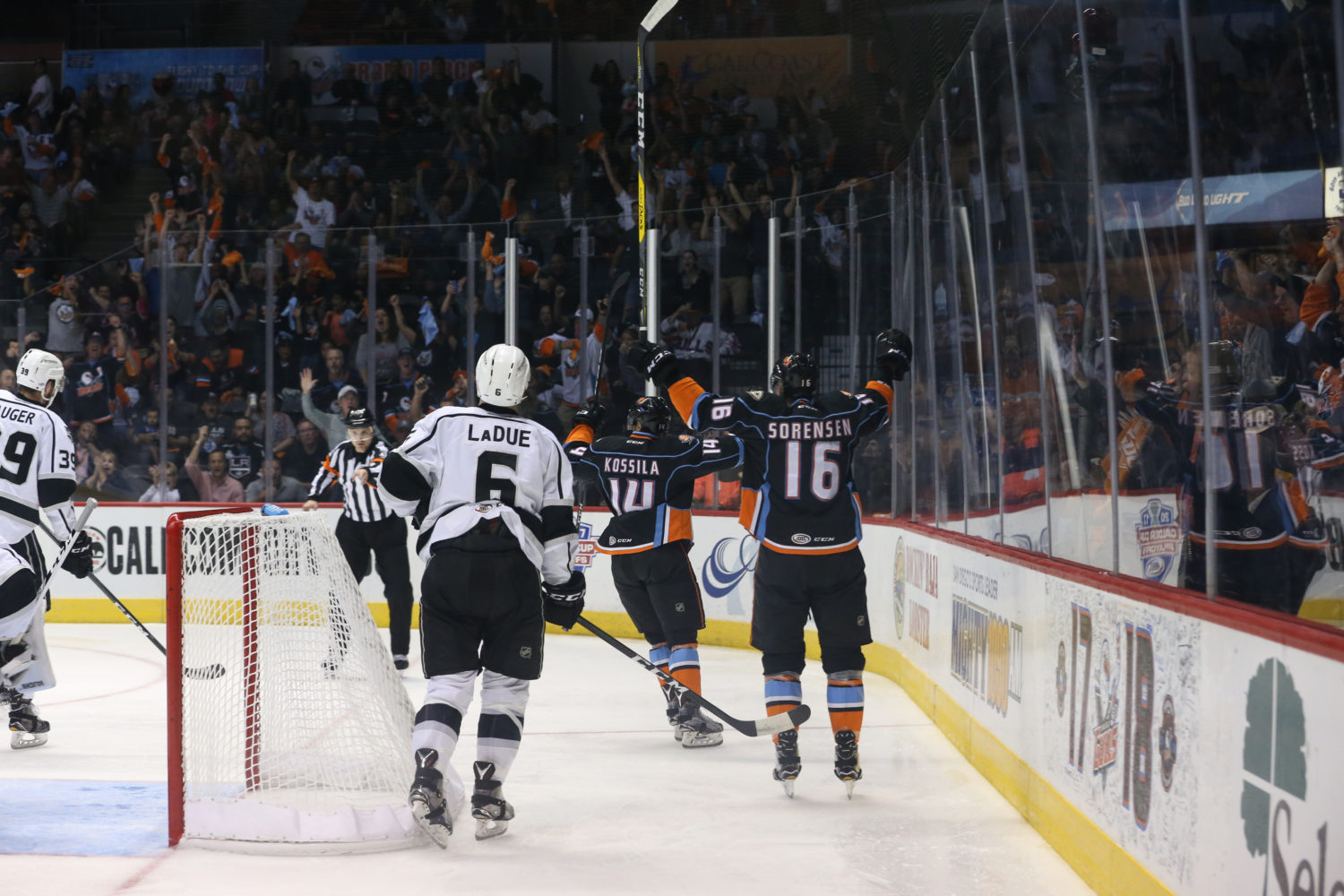 Turning point
Facing a death wish of a 5-on-3 PK for 1:41 with both Adrian Kempe and Justin Auger in the box early in the third, the trio of Michael Mersch, Brett Sutter and LoVerde put together a masterful kill backstopped by Campbell. Ontario kept San Diego to the outside and Campbell made a diving save on Kerdiles to keep the score even on the Gulls’ closest chance. The momentum from that kill turned into the Reign spending a majority of the third hemming the Gulls in their zone. “Well you would have thought almost when you killed it off it’s almost like it was meant to be that we were going to win the game,” Stothers said.

Stat fact
–3 – In all three games the team that’s scored first has won. 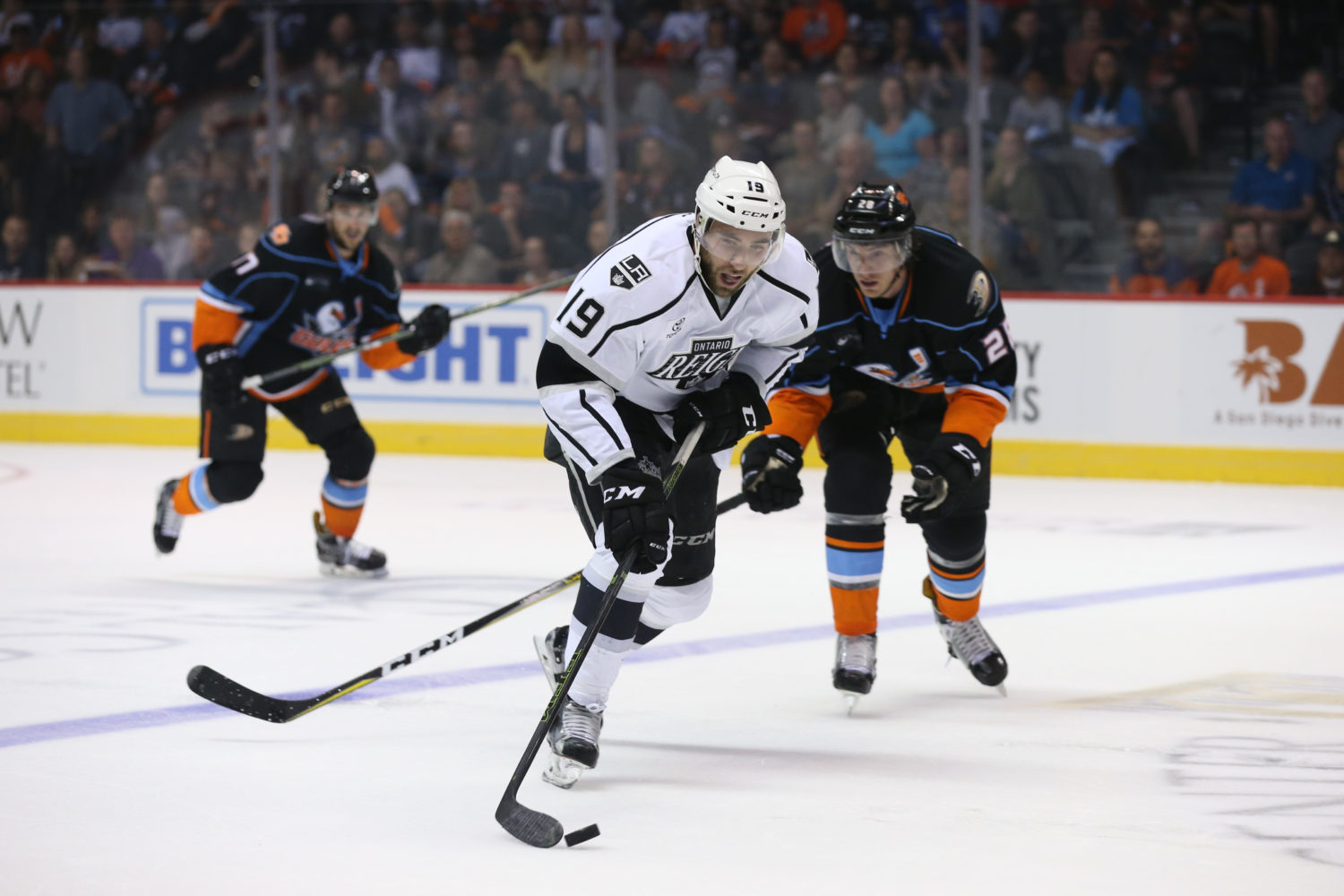 Lineups and injuries
Defenseman Paul LaDue appeared in his first game of the series after being out for an undisclosed reason. He skated alongside Kurtis MacDermid and registered one shot on a goal and a minus-1 rating. … Center Andrew Crescenzi (undisclosed injury) has yet to play in this series. … The Gulls’ regular season leading scorer Corey Tropp missed his second straight game after suffering an upper-body injury that forced him to leave Game 1 last Friday.

This and that off-ice
Newly named Kings head coach John Stevens was around on game day with many members of the organization’s development staff.

Next up
The Reign’s season is on the line in Monday’s Game 4 at 7 p.m. PT at at Citizens Business Bank Arena. Should the Reign even the series, the winner-take-all Game 5 will be the following night in San Diego. 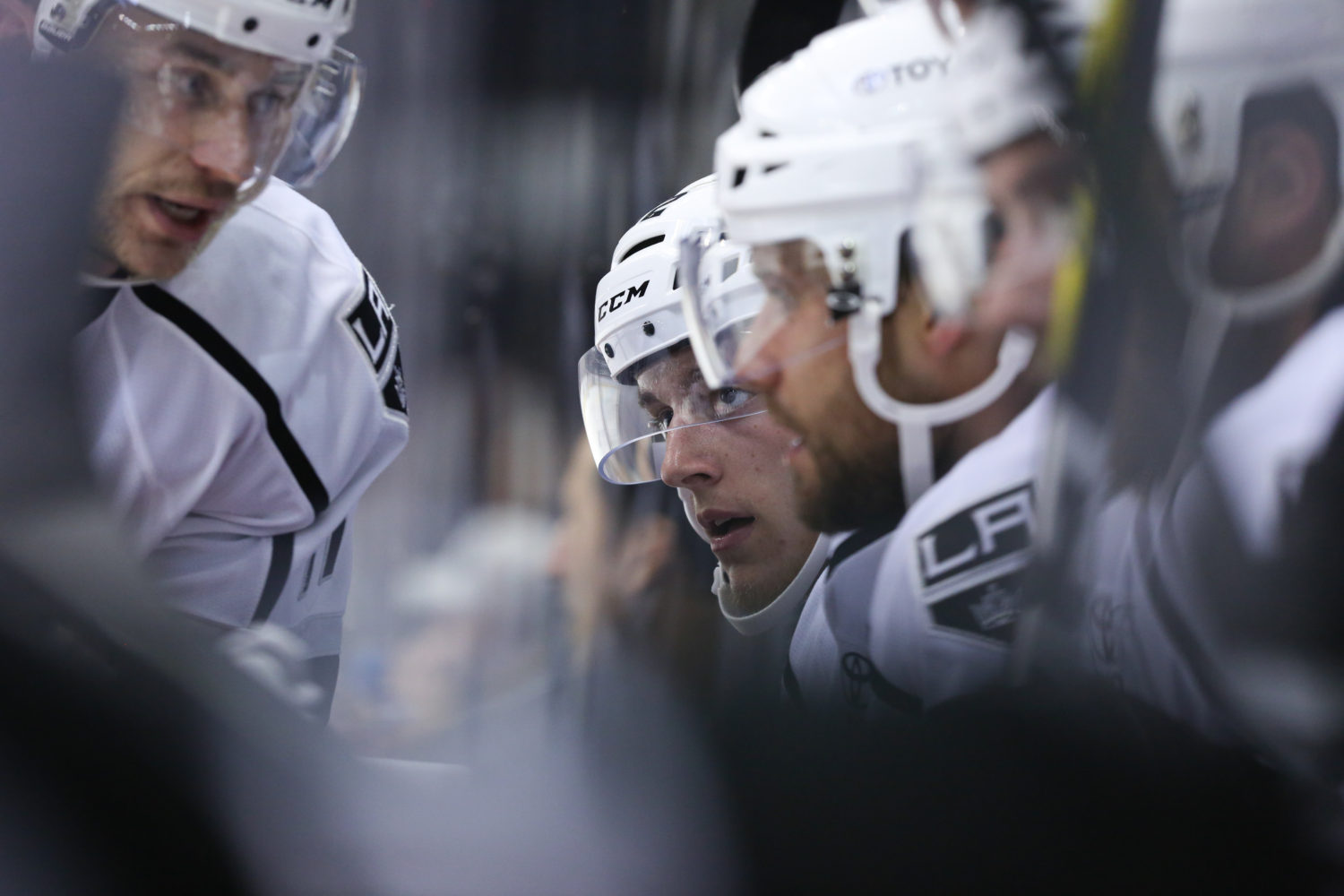