Reign game breakdown
The Gulls’ Nick Sorensen scored two goals in the first 4:54 of the game just 31 seconds apart and San Diego hung on to even the best-of-5 first round series at one game apiece with a 2-1 victory Saturday night in Ontario. San Diego came out in dominating fashion, displaying pace and puck possession that the Reign could not match for the first 10 minutes. Mike Amadio got the Reign within a goal at 3:29 of the second period, but Reign’s attempts to even the game fell flat.

Best quote
Goalie Jack Campbell, on what the Reign can do better in Game 3: “Just sticking to our game. I just feel like we played a great game after the 10-minute mark of that first period but to win a playoff game against a good team like San Diego it takes 60 full minutes. Just learn from the first 10 tonight and move on.” 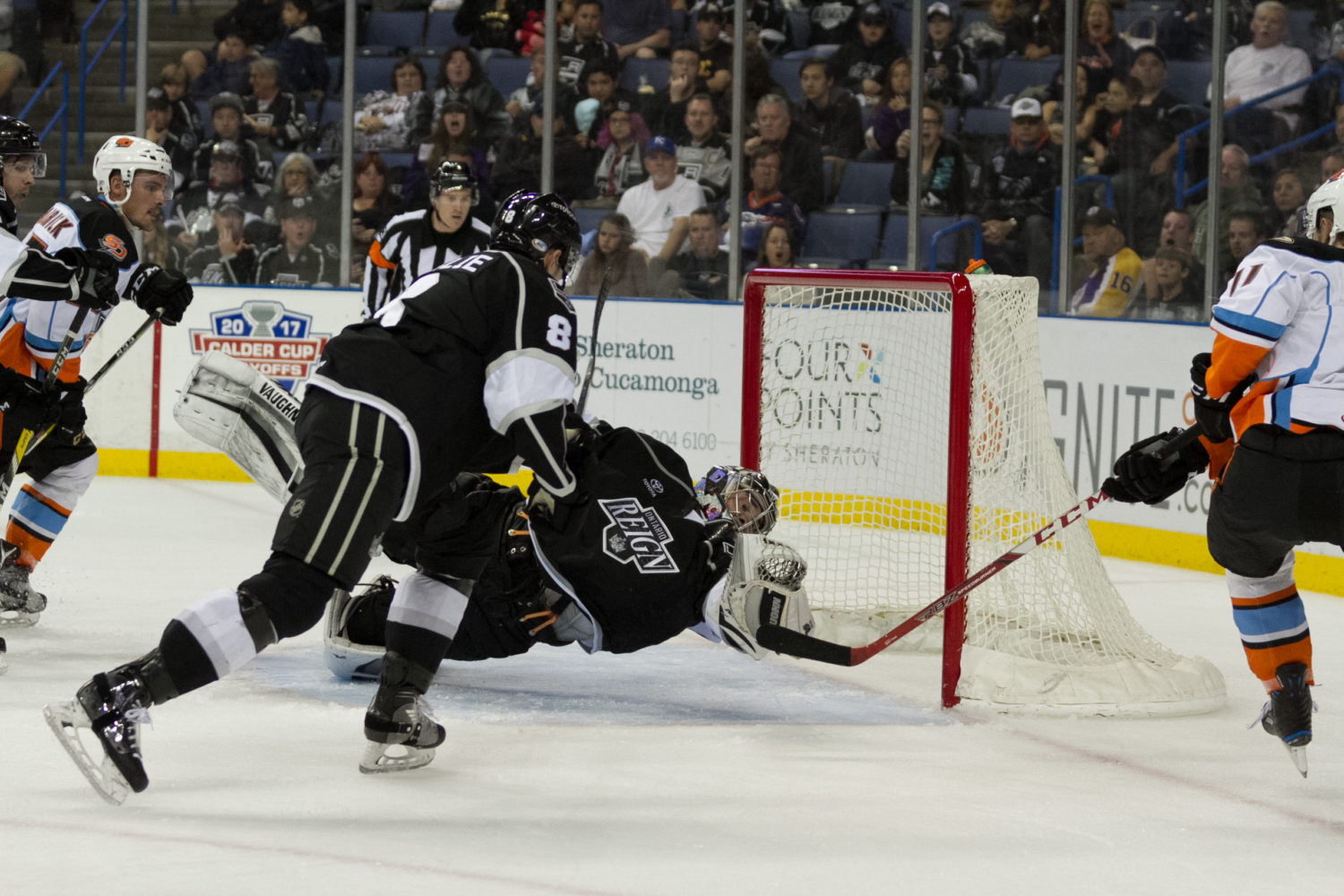 Three stars
–Nick Sorensen – The 22-year-old was at the center of the Gulls’ strong start, scoring the series’ lone power play goal at 4:23 of the first. Sorensen followed in a rush as the trailer and when a shot attempt bounced off traffic in front and back out to the slot, he beat Campbell who was already down. On the second he created a 2-on-1 with Antoine Laganiere by outskating two Reign players before putting away a cross-ice pass.
–Jhonas Enroth – The former King faced nine shots in the third period to his team’s five as the Reign looked to even the game. He didn’t have to be spectacular by any means, but he managed traffic situations and stopped 23 shots overall.
–Mike Amadio – Amadio got the Reign’s lone goal shortly after a power play expired by cutting away from the Gulls defense and to the slot where Cameron Schilling found him on a pass from behind the net. It was his first goal of the postseason. He very well could have had two but a wide-open look with Enroth down was stopped by Nic Kerdiles, who got down in the blue paint to block the shot.

Turning point
Towards the tail end of the second period Reign head coach Mike Stothers started to shake up the lines, namely putting his former top line of Michael Mersch-T.J. Hensick-Teddy Purcell back together again and putting rookie Philippe Maillet with Adrian Kempe and Jonny Brodzinski. That shifted Brett Sutter onto a hard-to-play-against line with Justin Auger and Joel Lowry. The changes did benefit their play and there were consecutive shifts in the third where the Reign kept the play in San Diego’s end.

Stat fact
–19-for-55 – The Reign’s grim look in the faceoff circle. Hensick won two of the last three faceoffs, including one clean in the offensive zone. Off the draw Vincent LoVerde moved the puck to set up Brodzinski at the left dot, but his shot sailed wide with 1:01 left in what was the Reign’s best scoring chance in the final moments with Campbell pulled for an extra attacker. 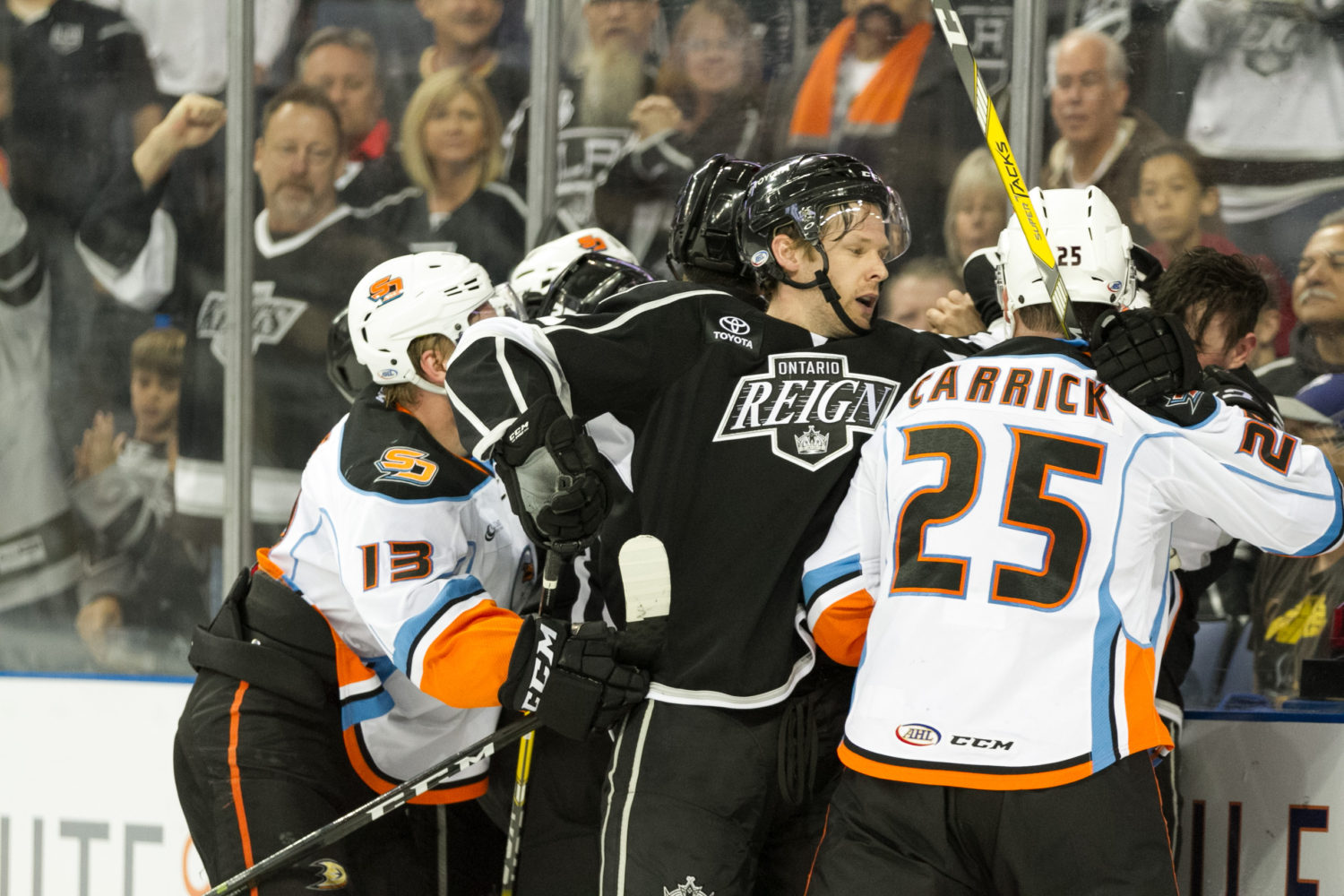 Lineups and injuries
Defenseman Paul LaDue and center Andrew Crescenzi were out for a second straight night. … The Gulls’ top right winger Corey Tropp (upper-body) did not play after being injured in Game 1 and the team’s PR staff said there’s no timetable for his return.

Next up
It’s a long wait as Game 3 is set for Friday at 7 p.m. in San Diego. Sunday will serve as a recovery day and the team will practice at 10 a.m. Monday. 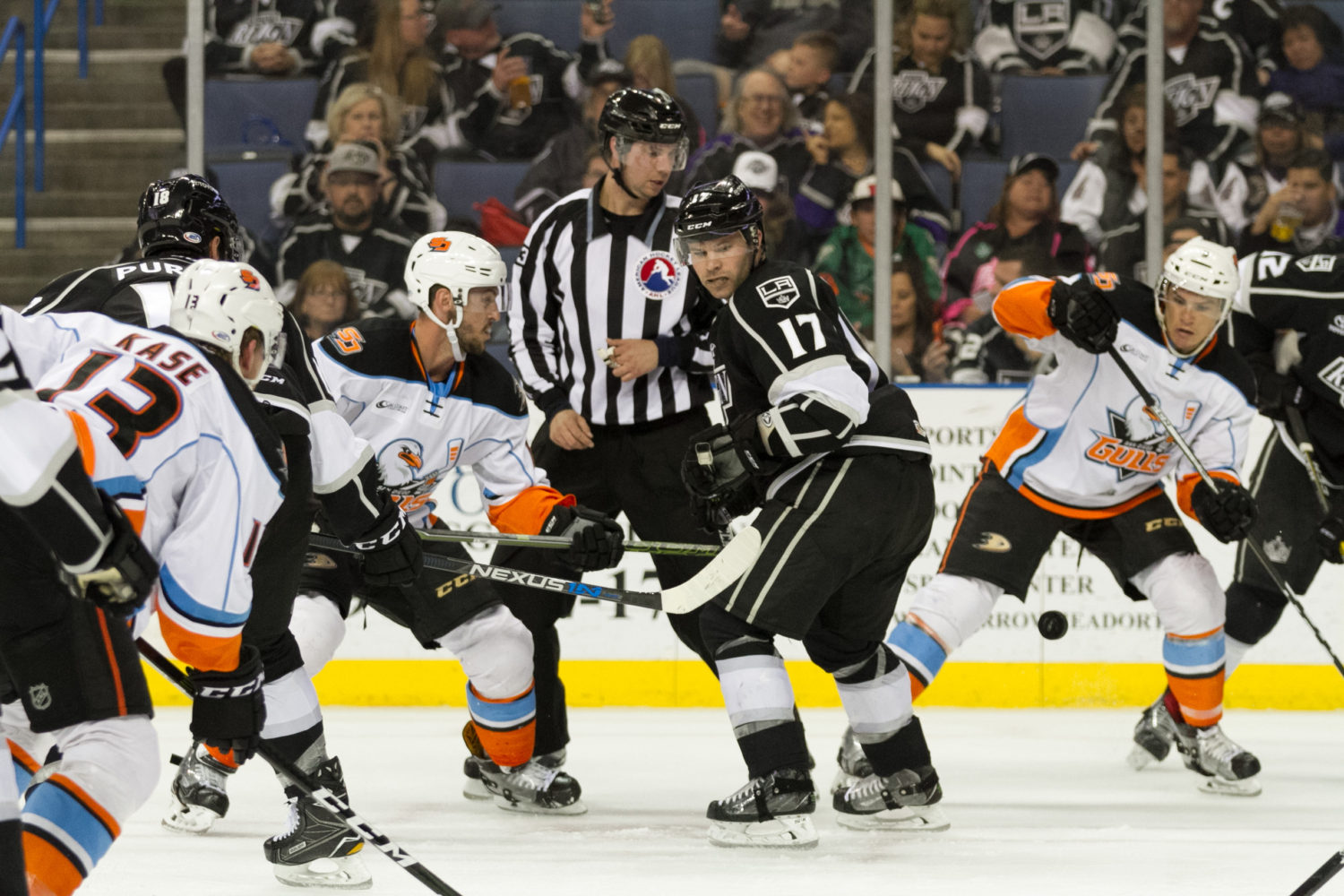