Insiders! A very good, happy, healthy holiday weekend to you. I’m taking the option this weekend, and barring anything large or breaking, won’t be posting to the site other than in friendly check-ins from time to time in the commentary between now and Tuesday. 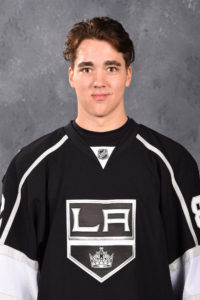 Here’s your Saturday open thread-slash-reminder that the Kings signed Chaz Reddekopp, a 19-year-old defenseman who showed improvement through each rookie and development camp, and as someone known more for his hard, defensive zone work, he put together a productive 19-year-old season for the Victoria Royals with 10 goals and 43 points in 51 games. I’ll have a more thorough scouting report next week; he’s already gotten into the last two games with Ontario.

The Kings had planned on waiting until Reddekopp’s junior season was over before getting into contract discussions with him, so the timing of this is as expected. As a major junior-based player who will play his 20-year-old season next year, he will be eligible to play in either pro hockey or be returned to WHL-Victoria.