LAKI entered in the middle of Bob’s answer:
…they have the best record in the NHL in that period of time, and then to win it that way, a nice break like that. But it wasn’t a sad thing for me. It was just the excitement of the game and the excitement of the crowd and to see them on their feet cheering, and having them see a Kings win like that. [Reporter: Was Brown because he had given you the Cup that first time, because you had known him so well>?] Dustin Brown gave me the Cup, and I also said that Dustin and his wife Nicole had been really good with sending congratulations and everything, and then all the guys at the end coming out on the ice and giving us their congratulations. It was a great day for me, I mean, I didn’t know half of what was going on outside until I saw it on the tv monitors, and I said, ‘That autograph wall – is that going to fit in the back of my SUV? I don’t think so.’ But everybody did so much. The people behind the scenes, as I mentioned on the ice, with the organizations and getting everything done, it was a great honor for me.

On any surprise that he wasn’t overly emotional, or whether he knew it was the right time:
It’s the right time. And I kept telling myself, even at the press conference to announce it. I’m ready for this. I’m ready for this. I didn’t want it to be an emotional thing. I just wanted it to be something that I knew I was ready for. There comes a time maybe with everybody that you know, ‘OK, I’ve done it long enough.’ I’ve even gotten training for retirement. I sat by the pool in the sun yesterday. I said, ‘I’m in training camp right now.’ So it was fine. It wasn’t emotional as well.

On the similarities between Vin Scully’s final call at Dodger Stadium last fall:
I guess, and Vin had some very nice comments, and now, as he invited me to get together with him and talk about it – we’ve got something to talk about. And another thing was, Charlie Minn, who did a film on me, texted that #73, Toffoli, scores the first goal, and my first game was in ’73 against Chicago. I hadn’t even thought about that. There were things happening there that maybe we should’ve started this night about 20 games ago and we’d be playing on Wednesday. It was a great day for me and for our family. The Kings did so much to make it comfortable for them and make it a day that they can remember, so it was good all the way around.

On being honored in Anaheim tomorrow night:
I don’t know what’s going on, really. Really, in Anaheim? Well, good. They’ve been very good. The Ducks, really, they’ve sent some very nice gifts when I was ill, and Alex Gilchrist and all their crew down there have been really nice to me. That’s nice to have that kind of recognition from a team that is an opponent of yours, and yet they’re classy enough to congratulate you, so I appreciate that. So I look forward to tomorrow, too.

On whether he was “uncomfortable” seeing the signs and watching all the tributes:
No, I felt really great about that. I knew because I had written that letter, and they said [they] were going to have those cards. But there were other things going on that I didn’t know they were going to get. I didn’t know they were going to get all those testimonies from different guys around the entertainment world and everything, and those guys are true Kings fans, they really are. It was nice to hear from them.

On soaking in the atmosphere while also focusing on broadcasting the game:
It got a little hectic in the booth, I’ll tell you that. We had cameras all over and people coming in, and I’d be trying to listen to the testimonies on the scoreboard, and there’d be another one in my earphone, and our producer, Steve Dorfman, he’d be talking to me about something else we’re going to do, and it was just kind of crazy, because I didn’t know if what I’m hearing in my earphone on the air, or is it just on the scoreboard? But I had my mind made up earlier today – just go with it and have fun with it, and I was glad it was a nice, familiar team that we were playing, and I knew all of the Blackhawk players, so everything went fine. It was just a great day.

On whether he has any final send-off planned for tomorrow’s broadcast:
I don’t think anything elaborate. Thank some people again. I don’t want to be too redundant of what I said today. But thank some people for all that they’ve done for me, and just sign off that this is it, this is the final game. It was a little weird having this game here, and you’ve got another one tomorrow. You can’t really just end it, but it was fun for me. It was a great day for me.

On whether it was extra special to call his final home game against his home town Blackhawks:
Yeah, my first game I ever did was November 10, 1973, against the Blackhawks at the Forum, and Tony Esposito shut out the Kings, 3-0, and for a while, I thought this was going to be a replay of that game. But luckily they came out in the third period and overtime. But I’ve always had a soft spot for going back to Chicago and doing broadcasts in the old Chicago Stadium where I grew up watching hockey. It was a great place to do a game, and it’s nice to see that franchise get reborn with everybody excited about it now and 21,000 people showing up at the United Center.

On whether he became emotional on his final drive into Staples Center:
I was all by myself! I had to drive down by myself. No, that was planned. The rest of the family came later. But, you know, I didn’t think of that so much. What I have thought about the last several nights – maybe I couldn’t get to sleep sometimes – saying, ‘what am I going to say during the broadcasts? What am I going to say at the end of the game to the crowd, and just going over that in my mind, and then how to handle this game. Do you stay with the game, like it’s really important? Or do you tell stories? But it was a combination of both, and I think that’s what fans probably wanted to hear. We want the excitement of the game, but there are time when you can just stop and tell a story, and that’s what we did. Jimmy and I, we had a good time. We had a good time.

On his retirement plans:
We’ll, we’ve had a lot of calls. ‘Can you do this?’ ‘Can you do that?’ ‘Can you be here and travel?’ We haven’t said, ‘Well, we’re taking this particular trip’ yet. That’s always happened this time of year, not knowing if you’re in the playoffs, and if you are, how long are you going to go, so you don’t want to book a cruise and have to cancel it because you’re in the Final. So we’ve always waited late in the season to make up our minds of what we’re going to do. It’s just going to be nice to me to spend time with the family and not be on the clock. 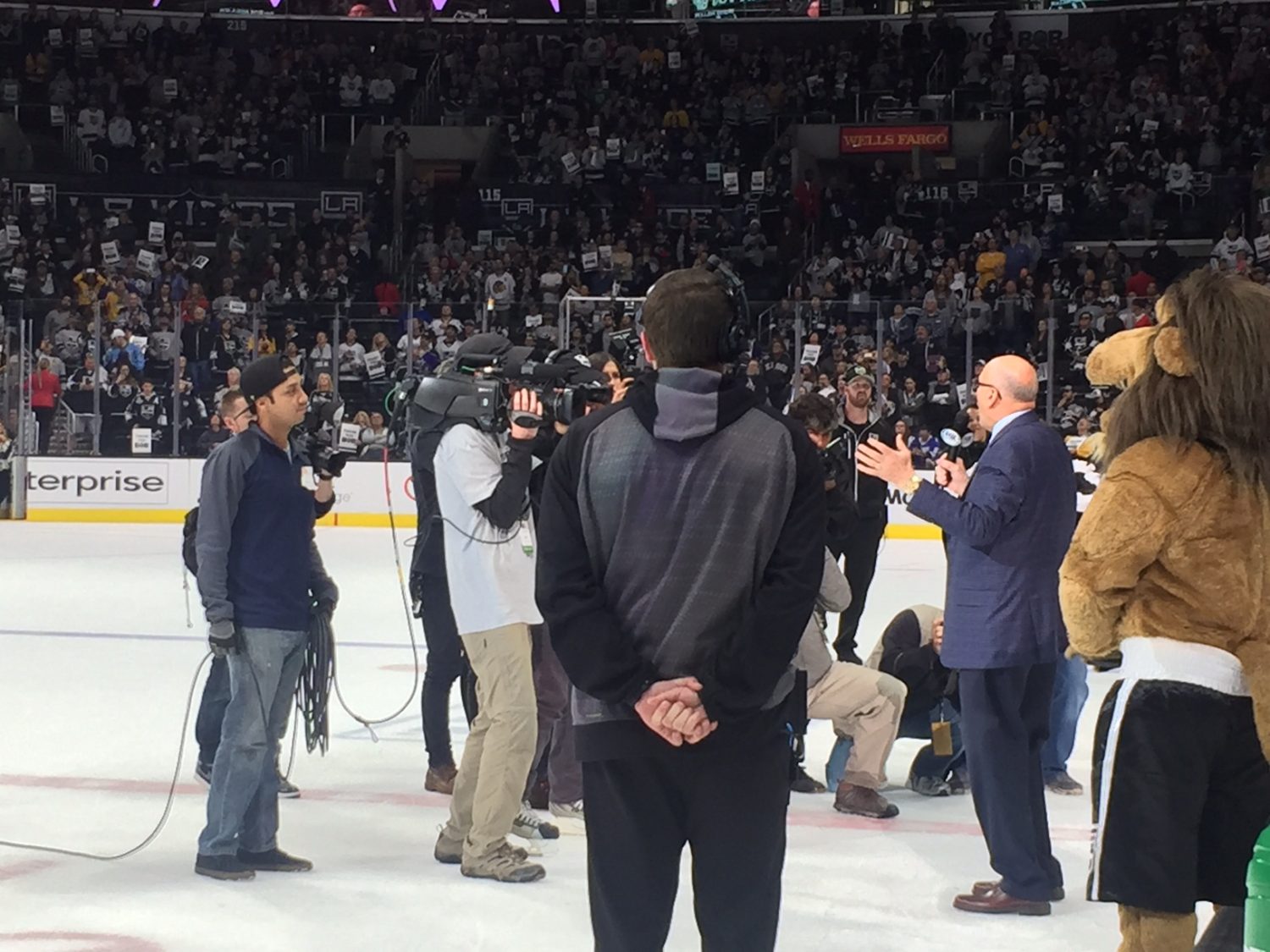 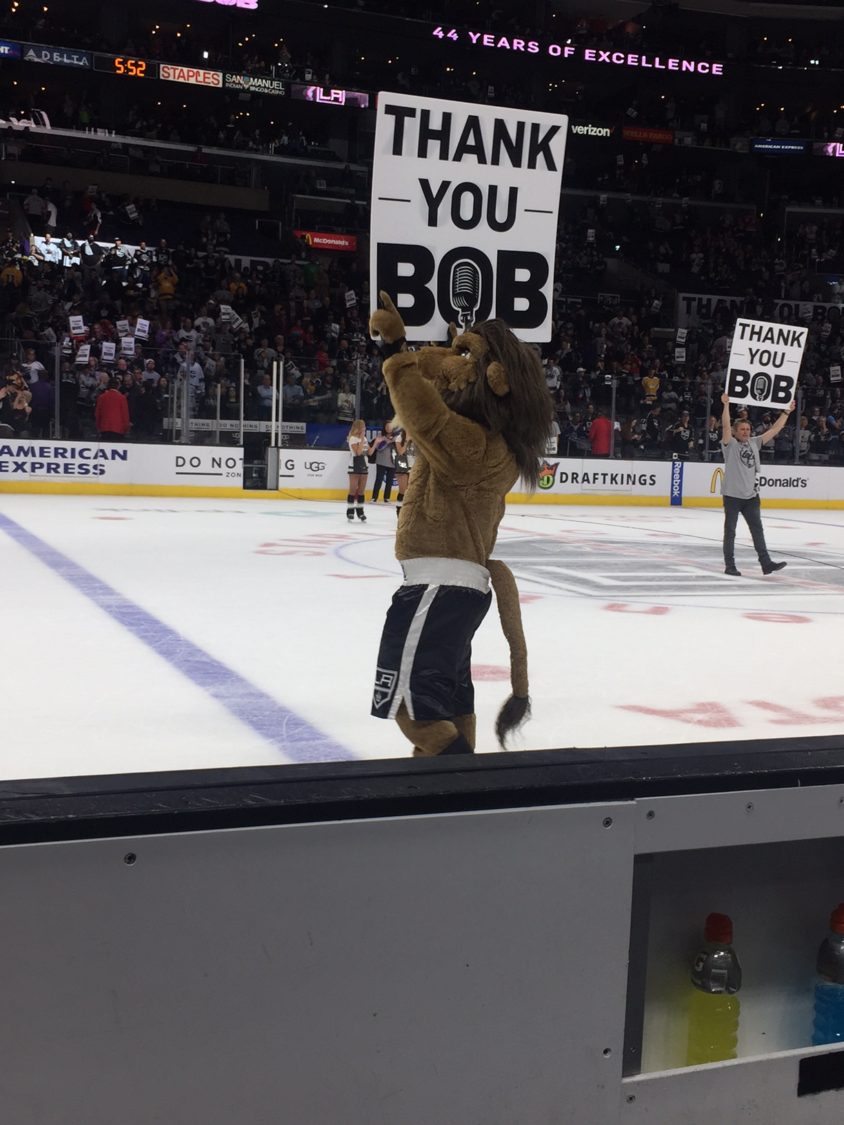 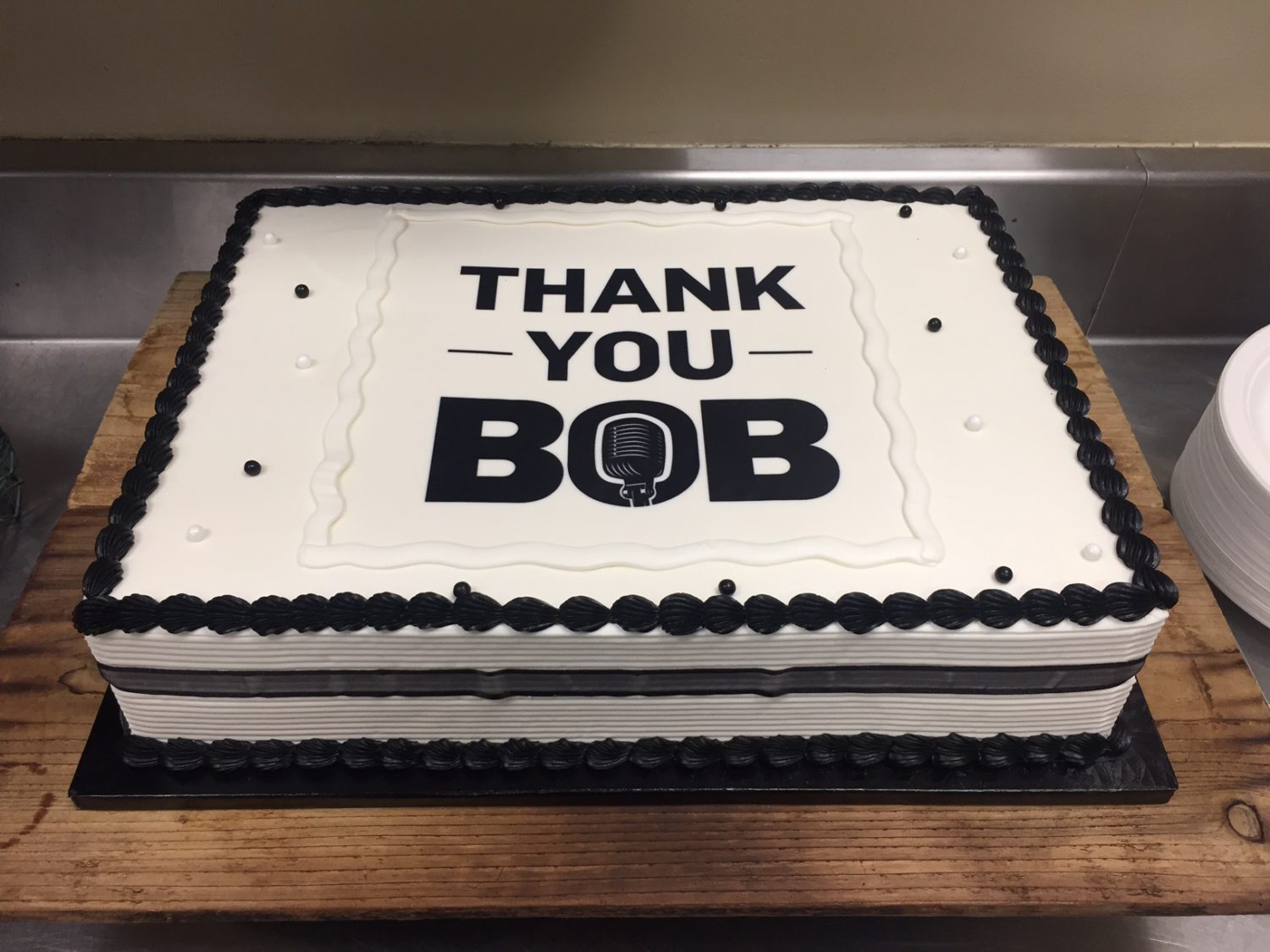