Brown on Iginla’s presence in L.A.’s room and his fighting style

Dustin Brown, on the impact of Jarome Iginla’s presence:
On the ice, he’s been awesome for us. He’s one of those guys that everybody in the room looks up to, considering what he’s done in his career. He’s come in and had a really good attitude and really helped us both on and off the ice. I think he’s shown a lot of fight for a guy in the situation he’s coming in to. Coming from the team he was, maybe those first few games he was a little uneasy, and then he really settled in and you saw him start to play like he can. [Reporter: You guys fought battles in the past. Is it nice to have him on your side?] Yeah, he’s one of those guys, he’s hard to play against. It’s just like I said, probably another good example in the past was Willie Mitchell. I hated playing against him, but once he got on your team, it was great. [Reporter: It was interesting. I walked in right behind you guys in Vancouver. You guys were chatting, you looked like you were best friends for years and years and years.] No, he’s a very friendly guy. Very talkative. You can talk to him, you know what I mean? [Reporter: The battles you guys must have gotten into over the years.] Oh, we’ve had our talks. I think I fought him, what was it, the last preseason or the preseason before … I remember when I fought him, it was like 10 seconds, and I was like, ‘I’m done.’ Pulled him down on top of me or whatever. [Reporter: He’s a pretty technical fighter.] Very technical. He’s always square. His hands are always here [holds his hands high]. I didn’t really watch it in years past, but now that he’s here and he’s fought a few times, he’s never off-balance. You can look at a lot of guys, a lot of guys are off-balance a lot. He always seems to have two feet under him and he’s not swinging a lot, you know what I mean? [Reporter: His center of gravity is really low.] Yeah, his gravity, that’s probably the once thing that I notice with him.

Brown, on any difference in the ice surface on weekend doubleheader dates:
No, it’s pretty crappy all the time. [Reporter: Because I wondered if maybe the changeover affected that at all, or if it’s the same regardless?] Yeah, it’s probably about the same. [Reporter: What’s the worst part of it? The puck hopping around?] I mean, the boards are inconsistent, too. Some of the yellow, you hit it, it’ll go up in the air, some of the yellow, it’ll stay flat. I understand taking it apart and putting it back together a lot, but it is what it is. We’re used to it now. [Reporter: Most rinks are lousy anyway, right?] The majority of them are probably not great, but you kind of get used to it. I mean, we’re used to Staples now. It hasn’t really been any different than it was – it hasn’t gotten better or worse, really. [Reporter: So as long as you know what you’re getting into, it’s OK?] Yeah. I mean, it is frustrating sometimes in games when you see plays probably should be made, and it hits a – we’ve all seen it – where it just skips over a guy’s stick, or you try to bang it off the boards. Granted, it happens both ways. [Reporter: Can you use that ton an advantage because you guys are used to that and other teams might not have that feel?] I mean, it’s kind of a throw-away, really. The ice is not great and the boards aren’t great, so sometimes plays will happen, and other times you’ll make a play that’s right and it won’t work out. 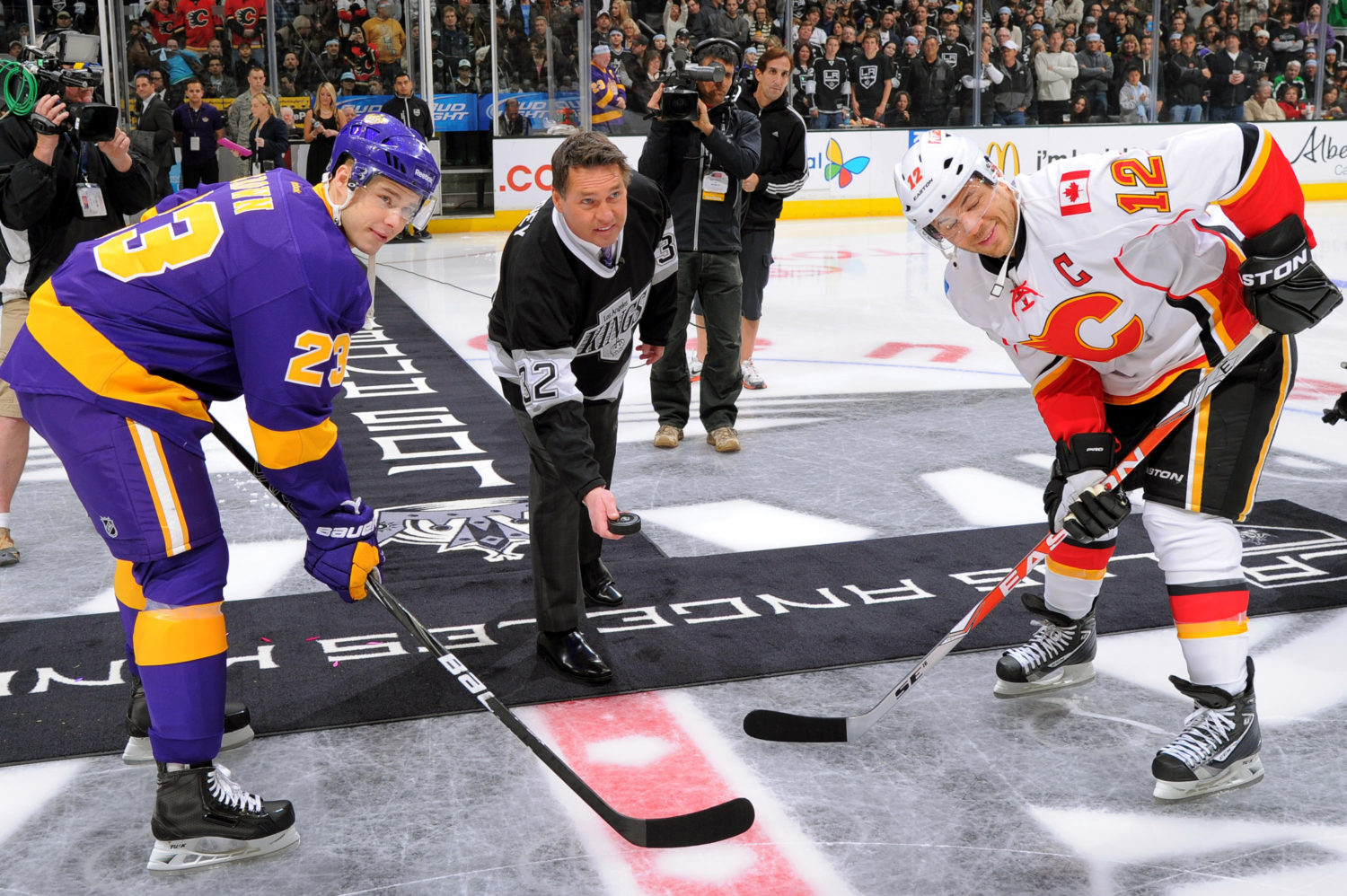