-The Kings held an optional morning skate that began at 11:30 a.m. at Rogers Arena. No line rushes were held, and it appears several lineup decisions could be made closer to game time. Nic Dowd and Jordan Nolan remained on the ice for extra work with Ben Bishop, so they’re not likely to draw into tonight’s lineup, but Jonny Brodzinski, Andy Andreoff, Paul LaDue and Kevin Gravel all left the ice with the main group, so expect several extra players to take the ice for warm-ups and lineup decisions to be made afterwards.

-Nick Shore will face his brother Drew for the first time ever in an organized hockey game tonight, and their parents, David and Sarah, are flying in for the game. They’re not taking sides and won’t be wearing jerseys. “It’s funny, nowadays I think you see this happen more and more often so I’m looking forward to it. It’s going to be exciting, but … I think once you get into it that stuff kind of fades away.” Quentin Shore, meanwhile, was recalled to Ontario last week, so Nick has been seeing a lot of his family recently. “He makes it up as much as he can,” Nick said. “Our schedule’s are a little bit different but time-bearing he’ll come out and stay with me.” Younger brother Baker, who will begin play at Harvard University in the fall, has six goals and 16 points through 55 games of his 17-year-old season with the USHL’s Chicago Steel.

While there may not be the same “brotherly love” shown above, don’t expect anything more than healthy competition. “I think I’ll definitely be trying harder on faceoffs on him than I probably would most of the time, but, no, … once the game starts, it’ll be probably be like any other player,” Drew Shore said.

-Hello, new look Vancouver Canucks. Los Angeles will get its first glimpse of ex-North Dakota star Brock Boeser, a former teammate of Paul LaDue’s who signed a contract with the club last weekend and has two goals in his first three games. 23-year-old Michigander Griffen Molino, who played under Andy Murray at Western Michigan – I’m told there are still the scouting reports being slipped under doors at odd hours – is expected to make his NHL debut after accounting for 15 goals and 33 points in his 40-game sophomore season. Loui Eriksson is day-to-day and appears to be a game-time decision, while Brendan Gaunce may need another game or two. On injured reserve: Jack Skille, Derek Dorsett, Anton Rodin, Jacob Markstrom, Joseph Cramarossa, Erik Gudbranson and Markus Granlund, in addition to Eriksson and Gaunce. Ryan Miller is expected to start in goal, which means regicide enthusiast Richard Bachman, who is 2-1-0 with a 1.69 goals-against average and .946 save percentage in three games with the Canucks and 3-0-1 with a 1.04 goals-against-average and a .968 save percentage in four games against the Kings, will not draw the start.

Nick Shore, on whether he’s excited to possibility take faceoffs against his brother Drew:
Yeah I think so but it’s one where you’ve seen the other guy take a lot of draws, so I don’t know who the advantage is to there, but yeah. I think once you get into the game it’s just another game that we’re looking to get two points out of.

Shore, on any memories of playing with his brother growing up:
Oh yeah. Growing up, messing around, we’d always be playing against each other but from a competitive level we’ve never [played against each other].

Shore, on whether he’s been able to meet up with his brother on the road during the season:
Yeah, I mean, before we were also pretty close. We talk on a regular basis, so when we get the chance to catch up you obviously will during the year.

Shore, on his brother, Drew:
It’s cool, obviously not a lot of people get this opportunity but at the same time I think, like I’ve been saying, once you get into it it’s another game. I think it’s not something we expect, especially at the beginning of the year where he started, but I’m happy for him that he’s got this opportunity and hopefully he can make the most of it.

Shore, on which brother has the advantage since “they know each other so well”:
That’s what I mean, I don’t think it’s an advantage one way or the other.

Shore, on the most difficult part of returning from injury:
It just takes time to heal. You’ve got to trust in the rehab process that once things get back to, at least a level where you’re able to play in a game then you’ve just got to trust it.

Shore, on the most difficult part of the first game back from injury:
It’s a little bit of a challenge jumping back in but you’ve just got to focus on some little things that you can help this team, hopefully get the two points. 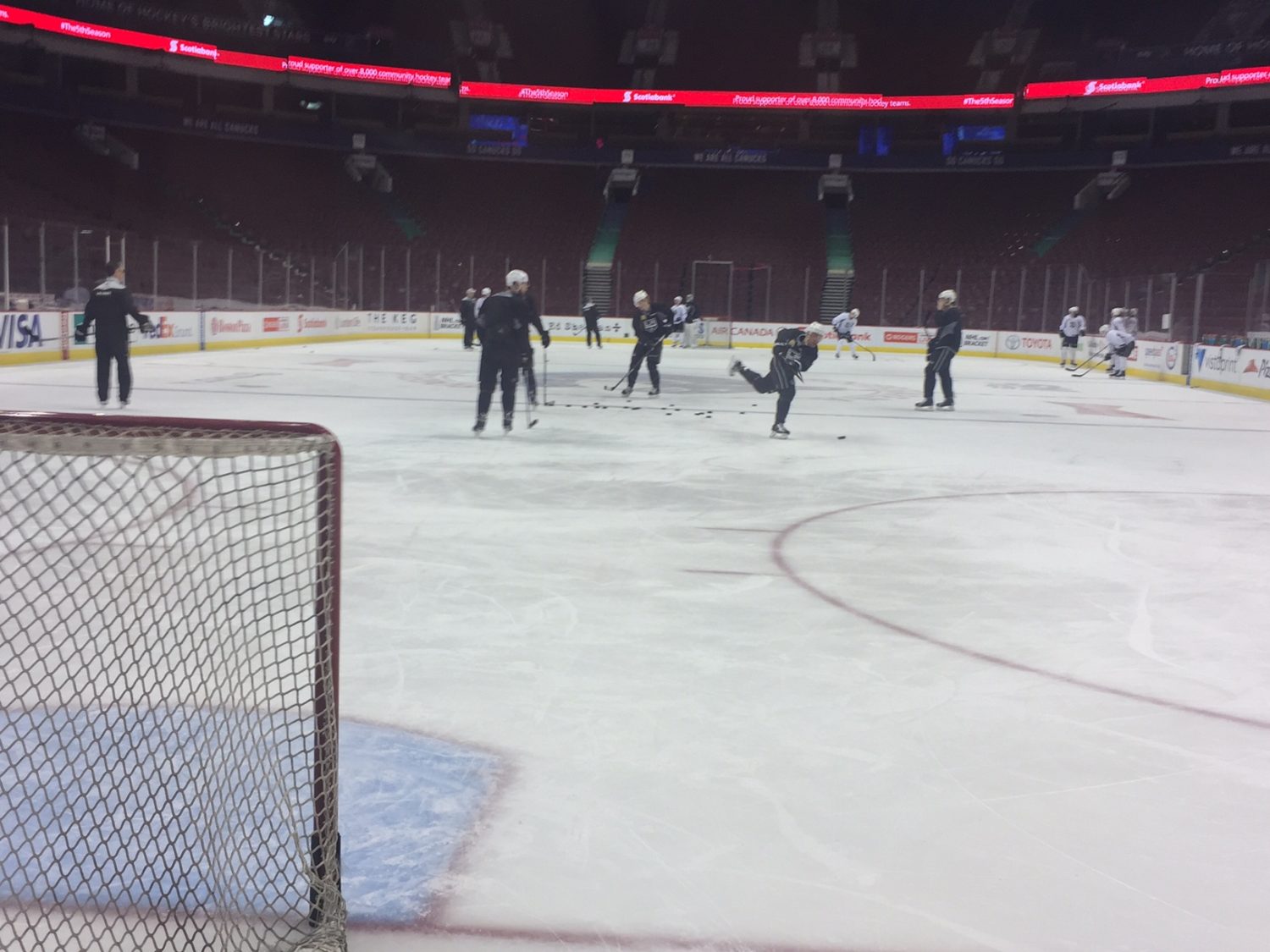