Reign game breakdown
Michael Mersch scored two goals, including the all-important first goal and a shorthanded game-winner, and the Reign broke a two-game skid by holding on for a 3-2 win over San Antonio on Friday night in Ontario. The Reign came hot out of the gate and outshot the Rampage 13-4 in the first period. That pressure helped pave the way for Mersch’s first goal, a rebound mark at 2:27 to open the second. Quentin Shore scored his first AHL goal on a redirect of an Alex Lintuniemi shot at 11:47 to make it 2-0. Ontario went up 3-0 on Mersch’s shorthanded goal, a wrister from the left dot. From there though, San Antonio chipped away, scoring exactly one minute after on a power play deflection goal by Felix Girard. In the third, the Reign were in full hold-on mode as San Antonio scored on a power play attempt just seven seconds after Damir Sharipzianov was sent off for slashing on a Rocco Grimaldi bid from the top of the left circle that got through Jack Campbell. The Reign killed another penalty later in the period and were able to stop San Antonio’s 6-on-5 advantage with goalie Joe Cannata pulled. Time expired with defenseman Cameron Schilling laying out to block a shot before it could get to the Reign net. With the win Ontario’s magic number to reach the playoffs shrunk to 10 with nine games remaining.

Best quote
Head coach Mike Stothers, on rolling out the first line multiple times in the first period: “Tonight, if we got an offensive zone faceoff, why not put out Hensick, Mersch and Purcell? It worked. It doesn’t always work. We’ve got to try to play our horses here and guys, I thought everybody did a good job. Having said that, then you need a contribution from your other lines and Shoresy got himself his first goal and it was great. That’s what you need.” 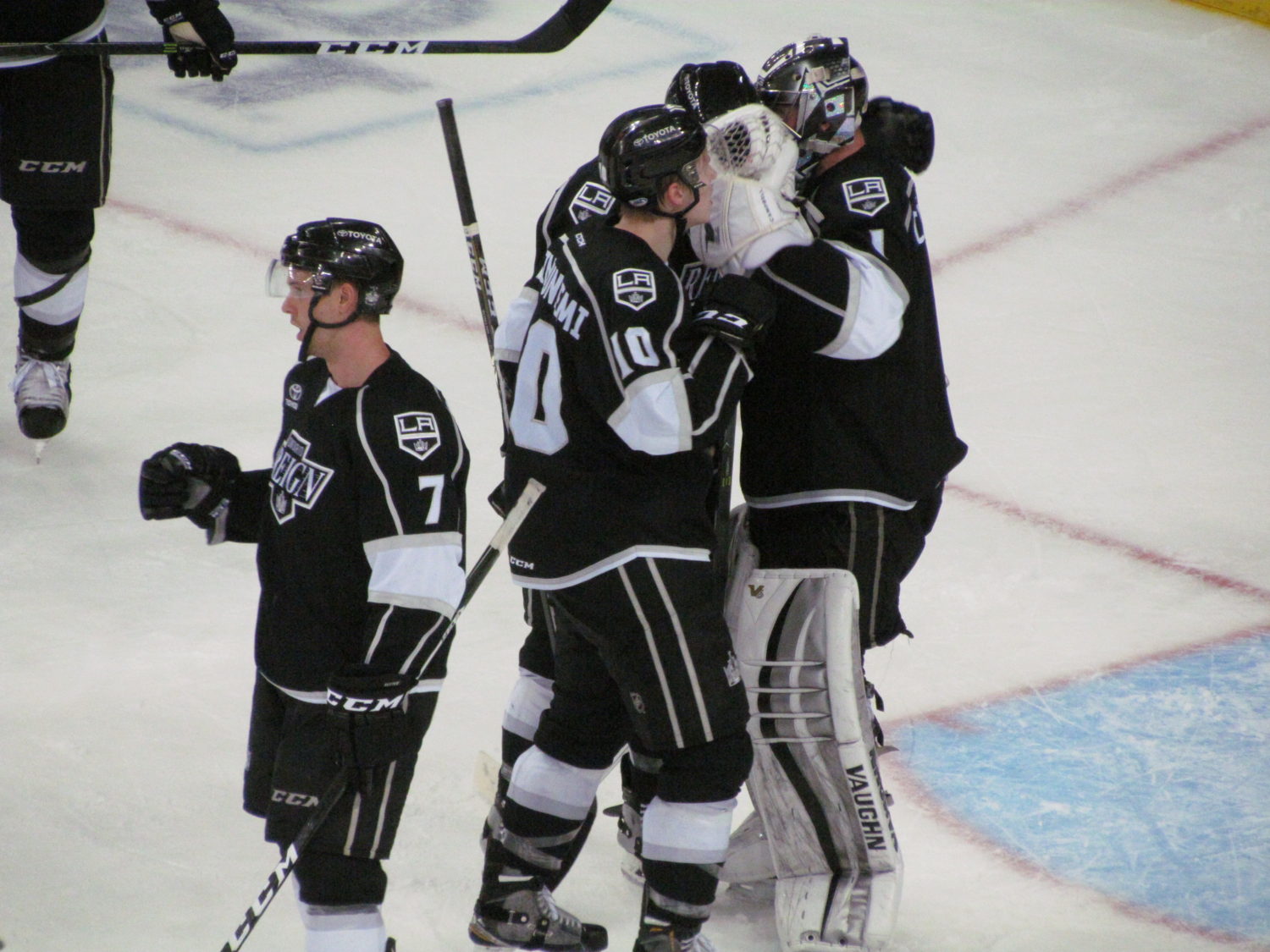 Three stars
–Michael Mersch – When the Reign needed one of their leaders to step up, Mersch answered with a two-goal performance, his second of the season in his 40th game. Ontario is now 9-3-1-0 this season when he scores. Off a clean T.J. Hensick win, the Reign moved the puck with a point shot by LoVerde. The rebound bounced to Hensick and got through Cannata and Mersch dove into the blue paint to bury the standing puck. The shorthanded game-winner was an amazing individual effort as Mersch noticed oncoming pressure at his own blue line, bounced the puck off the boards and around Grimaldi to create a 2-on-1. He kept it for himself, looking pass-first and then finally rifling a wrister opposite side high past Cannata. “I think about it before the game, where I’m going to go if I get a 2-on-1, depending on which side,” he said. “Don’t want to give up too much because you never know who’s going to read it.”
–Quentin Shore – The 22-year-old younger brother of Kings center Nick Shore was brought back to Ontario this week when Jonny Brodzinski was sent up to L.A. Centering the fourth line with Daniel Ciampini and Joel Lowry, he provided crucial secondary scoring for a team that’s relied so much on the powers of Brodzinski and his team-high 25 goals. On a forechecking shift by his group, he found the front of the net and tipped in a Lintuniemi shot from the top of the point that just barely got through the equipment of Cannata. “That’s a nice one to get. A little weight off your shoulders,” he said.
–Alex Lintuniemi – The rookie defenseman picked up his first multi-point game of his AHL career with two assists. He also finished a game-high plus-three. Stothers put an emphasis on his blue liners getting shots through to the net and Lintuniemi did just that on Shore’s redirect goal. He has a goal and three assists in his eight games back from a groin injury. 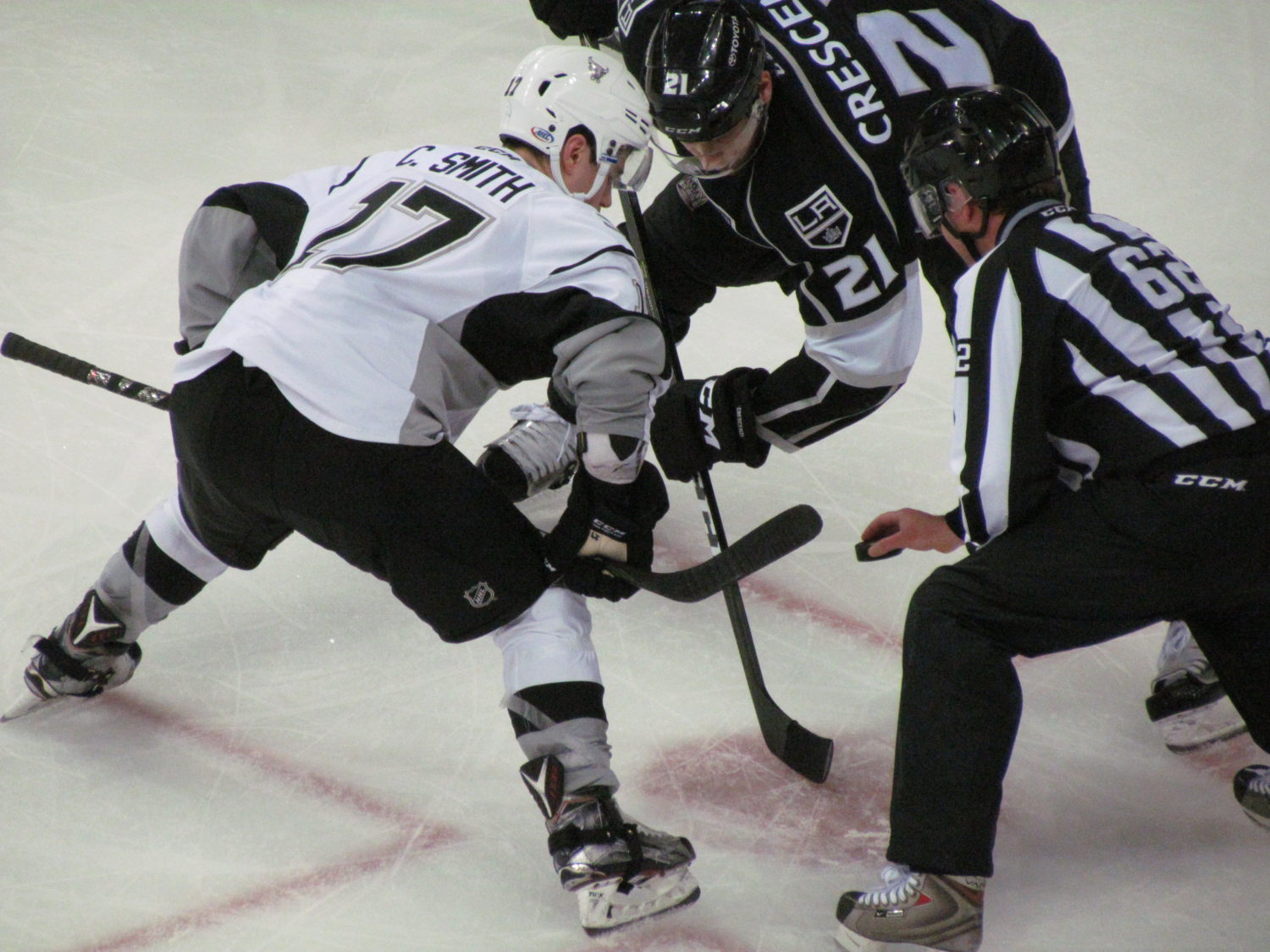 Stat fact
–7 – Times the Reign were shorthanded, including five times in the final 27 minutes. “We wanted to make it interesting,” Stothers said. “Just the poorest decisions on penalties that we’re still seeing at the end of the year. It’s amazing.” 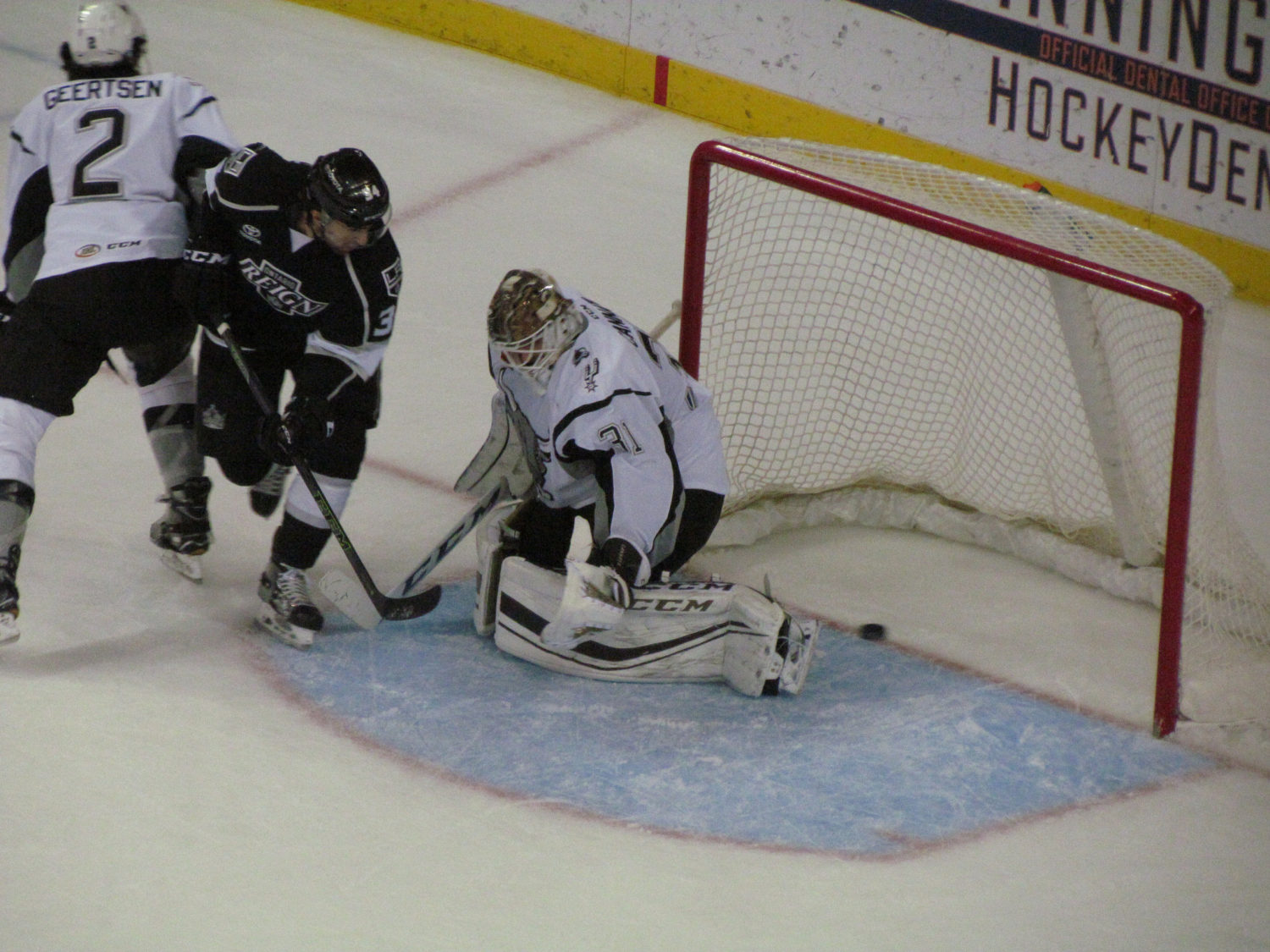 Lineups and injuries
The Reign were without Brodzinski, who earned his first NHL recall to Los Angeles earlier in the week. … Justin Auger missed his second straight game due to an upper-body injury suffered last Friday on a shot block against Charlotte.

This and that off-ice
Stothers visited after the game with former Kings property and Calder Cup champ Brian O’Neill. … Kings goalie coach Bill Ranford was in attendance to watch and visit with his nephew and San Antonio forward Brendan Ranford.

Next up
The two teams square off again today at 6 p.m. PT in their sixth and final meeting of the regular season. 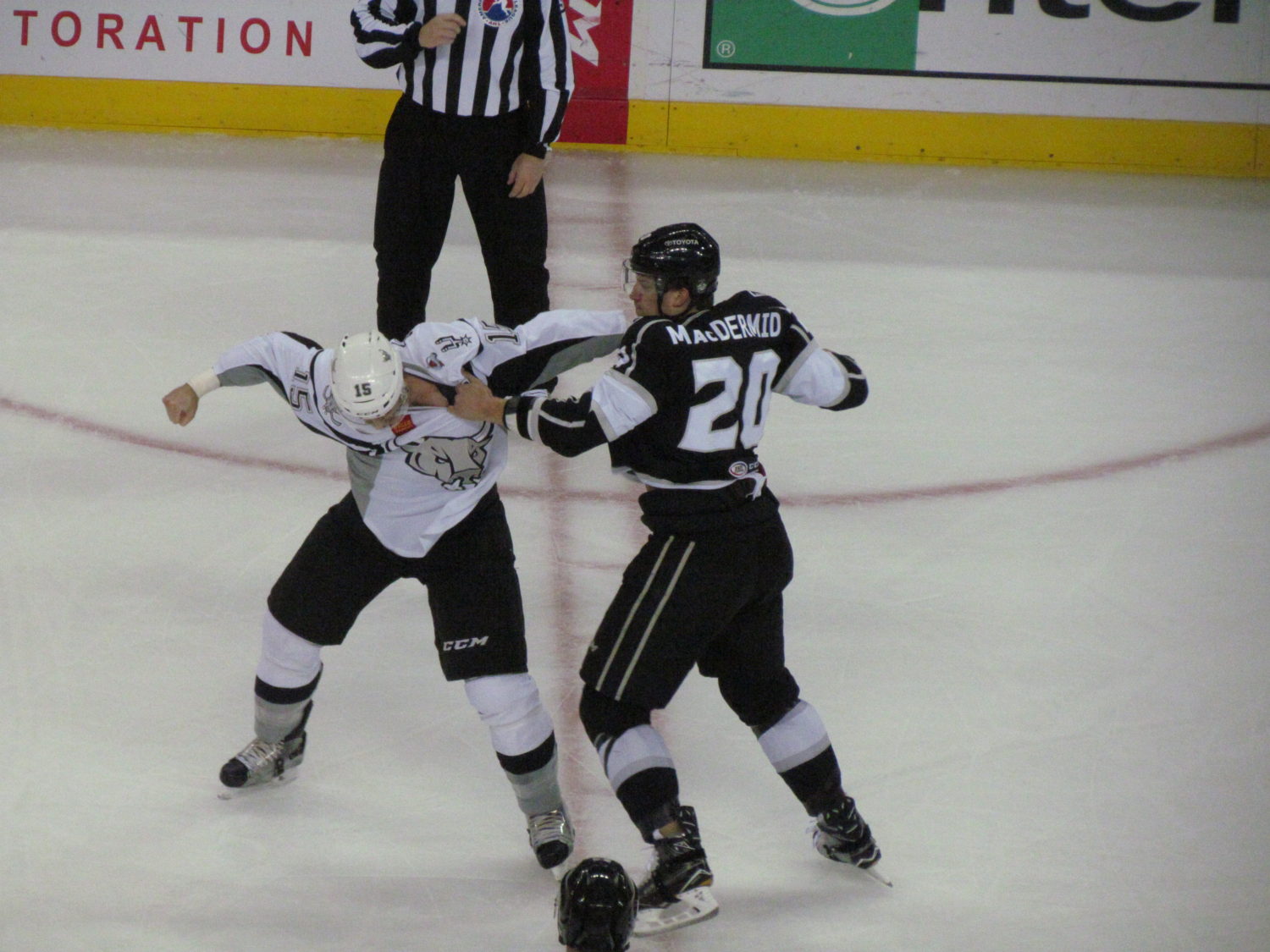