In an important hunt for points, Jarome Iginla returns to Calgary

It’s a known fact: The Kings are going to have to go on some kind of run to qualify for the playoffs. As of Sunday morning, their playoff chances were veering from the improbable towards the remote, and would most likely have to coincide with a collapse by one of the teams ahead of them. Tonight’s opponent, the Calgary Flames, have shown no signs of letting up, having won 10 of their last 11 games. Whether Edmonton, Nashville, Anaheim or St, Louis – the latter of whom owns a scheduled dotted with Central and Pacific Division bottom-dwellers – falls off is something that Los Angeles can’t control. Instead, the focus is to win tonight’s game against the Flames. Tomorrow, on a game day in Edmonton, that focus will reset.

“Yeah, they’re all very important games for our team and we’re trying to make up ground and it’s gonna go quick in the last 12, so we know the importance of them,” said Jarome Iginla, who has two assists in five road games with the Bruins and Avalanche at Scotiabank Saddledome but has never scored on the road against his former team. “It’s also nice, we get to play division games and play teams that are trying to catch and move up, but guys are focused and prepared. They’re veterans, they’re very successful and it’s something that it’s kind of neat to come in and just play hockey. You just see how they prepare, it’s just business. It really isn’t the big picture, it’s not breaking it down into how many are left to win and miss or anything like that, it’s literally just winning the next game, and that’s tonight, so that’s the focus.”

As Iginla articulated, any sort of larger-picture focus isn’t helpful. This is a team that has always been entrenched in the here-and-now – some may say “park-and-ride” – so that when its All-World goaltender was lost one period into the season, the team maintained its approach and stayed in the conversation whereas a team with a lesser constitution could have hit a stiff wall midway through. By no means is Los Angeles thriving – far from it – but by remaining in the mix, courtesy of Jeff Carter, Tanner Pearson, the departed Peter Budaj and others, they’ve allowed themselves to at least remain in the conversation, even if that conversation has taken on hushed overtones in recent days.

“I think we knew it was going to be a grind and I think we just decided to stay in the grind and we kind of stayed in the moment and didn’t really try and focus too long term,” Kyle Clifford said.

“Every season’s got its own obstacles and challenges and obviously this one was that,” Clifford continued. “At the same time I think we stayed tight knit and within the group we kept our focus on just getting points.”

Jarome Iginla, on whether the Kings’ “winning legacy” resonates with him:
Yeah it is something that you come in, and you know, they’re a very close group and that’s what winning does and they’ve been through a lot of battles and stuff together, and so it is nice to come in and just try to fit in and learn how they operate and try to find out where I can help at this time of year. I think they seem to, always, every year, get better and better. And the type of team they have, they’re very used to one-goal games, great goaltending, defense. They play defense first out and then grind it and I like the grinding idea and then playing down low with the guys and trying to go to the net and those type of things, so. But yeah, you can see that it’s a confidence but at the same time guys work hard and you can see their preparation and stuff and I think everybody in here believes that we can make it.

Iginla, on his linemates:
Well, it’s always an adjustment but yeah, I’ve gotten a great opportunity. I get to play with Kopitar and Brown and they’ve played a long time together. Playing with a centermen like Kopitar, he’s great in his own zone so you don’t play a ton there, but also, he carries the puck a lot. He has the puck a lot, you can try to get open … and down low. He can play a lot of different ways so as a winger it’s fun and as far as puck possession, give-and-gos and stuff, so like I said, I’ve really enjoyed it and it’s a great opportunity. It has been fun but I think there’s room for improvement and things we’re still working on and try to keep getting better and more effective and keep reading off of them because everybody plays a little bit different and different styles ,so it’s kind of learning not on the fly because there’s not really time to, you know, these last twelve are going to go really fast and they’re all very important but each game you feel just a little bit different. It feels like I learned something a little bit different about the game.

Iginla, on the difference between Sutter’s systems in Calgary and Los Angeles:
They’re a little bit different. You know, I think the, in some of the preparation and stuff he does things differently than when I had him but there are still a lot of similarities for sure. A lot of similarities and that intensity is there and then the focus on game days and trying to help make sure we’re all there and dialed in but yeah, I think that’s probably just part of every year you probably learn different things but you can see that there are differences in the message and the preparation and how it’s there, but overall in the sense it’s all very similar, which is nice. When you’re coming to a new team, when I was coming to the new team, there’s always an adjustment to the new guy in the room and each coach has a different way they deliver messages and different styles, so that familiarity has been good. [Reporter: Must have been a little like deja vu the first couple practices for you.] Yeah, yeah, yeah, time flies. It doesn’t feel like it was that long ago that I had him and I didn’t actually have him as a coach that long, you know, I guess just over three seasons and a half, or whatever, and then GM for a while. But, yeah, yeah it did. It flies. … but yeah, it literally, it can feel like a while ago, but not long ago, so that was good and that helps the adjustment for sure.

Kyle Clifford, on the importance of the game against Calgary:
It’s huge. It’s playoff hockey. It’s playoff hockey, you know, the playoffs started a month ago. These are games you’ve got to win and we’re all in this fight. You look at the teams that are in the mix, there’s probably five or six of them so we’re all fighting to get in the playoffs. That’s our goal and you do that by winning these games.

Clifford, on whether this team “has been playing playoff hockey for months”:
Yeah, you know, obviously it was tough but at the same time injuries are going to happen and that’s why we have to have other guys step up and I think Boods did a good job doing that. He kept us in the mix. 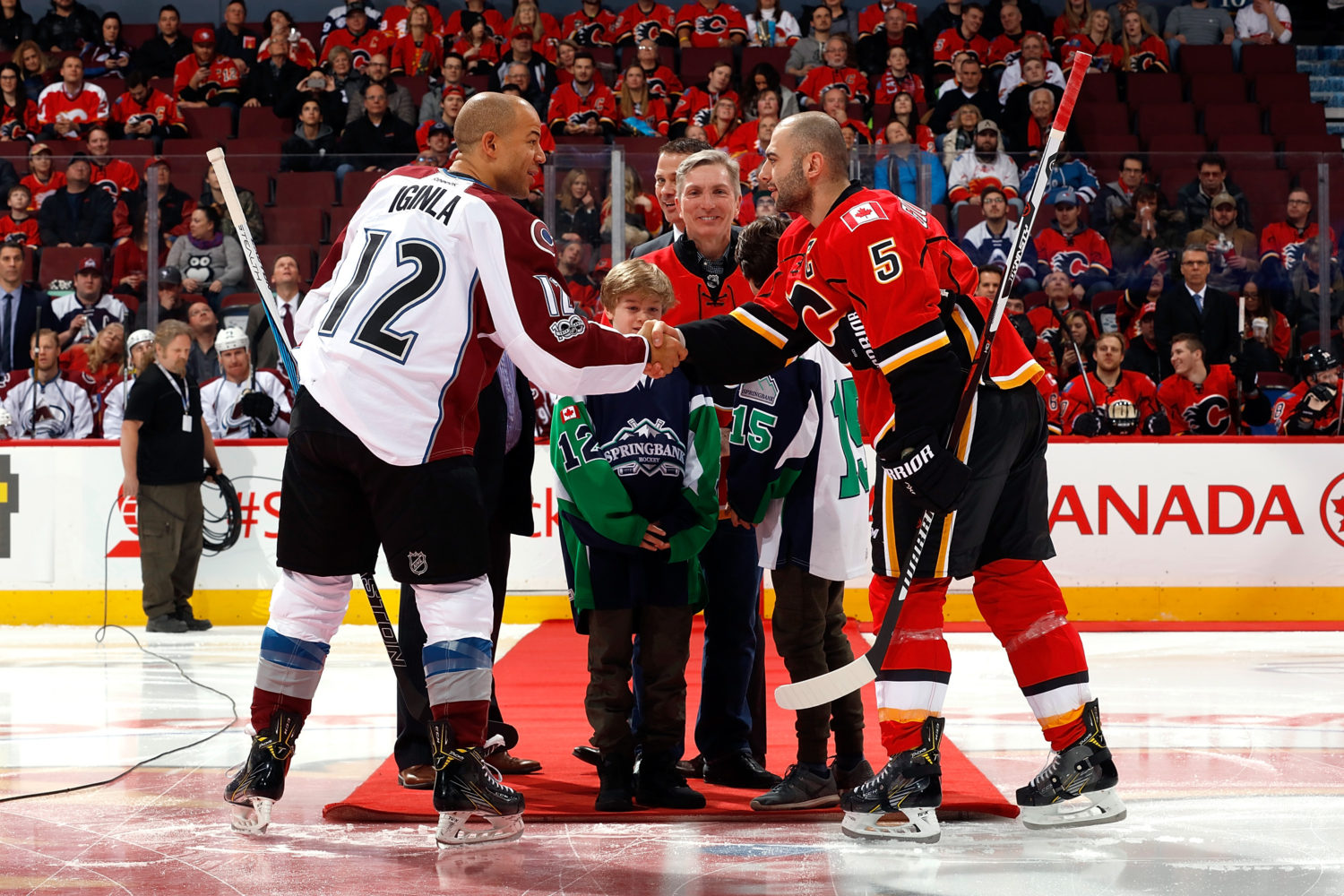