Good morning from El Segundo. I hope you are reading this from the shade of a palm tree while sipping a cold beverage, because it’s just too nice to be inside, Insiders. Meanwhile, from the cool confines of Toyota Sports Center, the Kings aligned thusly in advance of their game tonight against the Washington Capitals (7:30 / FOX Sports West / FOX Sports GO / KABC 790 / I Heart Radio):

-Jonathan Quick was the first goalie off the ice and is expected to start against the Capitals. In eight career games versus Washington, Quick is 6-2-0 with a 2.44 goals-against average and a .916 save percentage. For what it’s worth, Ben Bishop, who earned a win in his lone appearance against the Capitals this season, is 2-6-1 with a 3.42 goals-against average and .891 save percentage against Washington in his career.

-Both Kevin Gravel and Brayden McNabb took shifts alongside Alec Martinez, though Gravel was the first player off the ice whereas McNabb remained on for a little bit of work. Expect both players to take the ice in warm-ups, but Gravel appears to have a pretty good opportunity to get into his first game since the overtime loss at Minnesota on February 27. Neither Jordan Nolan nor Nick Shore took part in the skate.

-This may come as a surprise to some: The Kings, and many players, in general, do not watch hockey or pay close attention to other games on off-nights, even in the heat of a playoff race. “I mean, I’ll check the standings every morning probably but it’s not like I’m looking at the score of the games while they’re happening,” Dustin Brown said. “Kind of just wake up in the morning, see where you’re at and go from there.” Story to come.

-A photo from Washington’s last win at Staples Center: 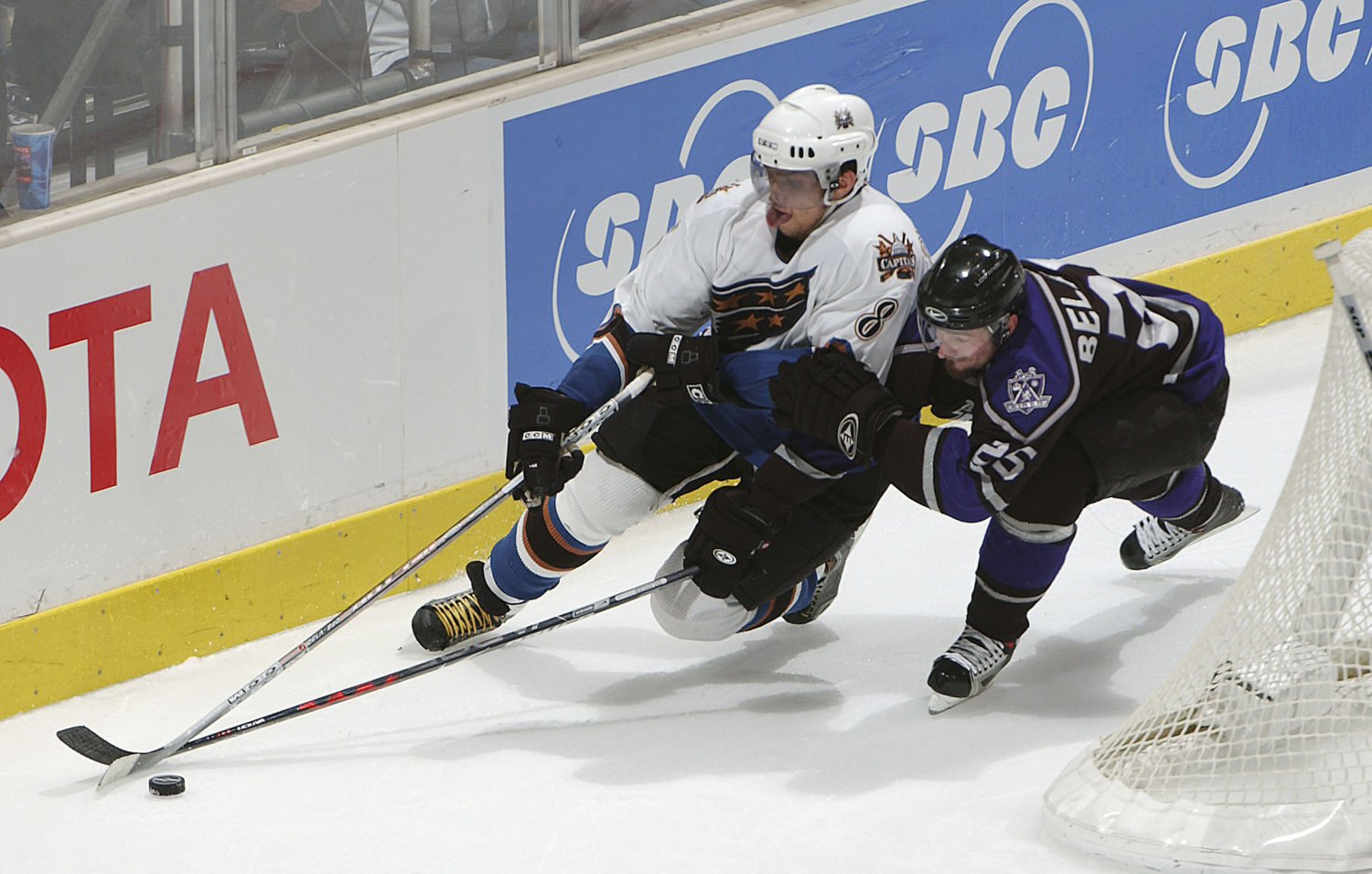 The night was December 14 2005, and since then Los Angeles has won six straight at home in the series. Eric Belanger and Sean Avery scored for the Kings, and Jamie Heward (two goals) and Brian Sutherby scored for the Caps. Heward’s second came with 1:03 remaining, making a winner out of Olaf Kolzig (24/26). Jason LaBarbera (26/29) took the loss for L.A. Players from that game who are still active in the NHL: Michael Cammalleri, Dustin Brown and Alex Ovechkin.

-Tonight’s Caps team is better than the 2005-06 outfit that finished 29-41-12 and amassed a -69 goal differential. They’re leading the NHL with 95 points, though with regulation losses in two straight, the Blue Jackets and Penguins (both with 95 points) are beginning to breathe down their necks a bit. At only 5-4-1 since their bye week, brows are furrowing as goatees are being stroked in our nation’s capital. Washington was 17-2-1 heading into the break, so Barry Trotz moved the forward lines around at yesterday’s practice in El Segundo. “We had really great success before the break there, and coming out of the break, I kept the same,” Trotz told reporters, as noted by Isabelle Khurshudyan of the Washington Post. “I thought they’d sort of re-spark, and they quite haven’t. What I’ve learned with this group and the guys is that we move them around and they sort of find their way a little bit. And you can always go back to the old reliable lines. At some point, we probably will do that. Right now, we just need a little spark, a little interest, a little more production at five-on-five for us.” Expect the forward lines to shape up as Johansson-Backstrom-Oshie, Ovechkin-Kuznetzov-Wilson, Connolly-Eller-Williams and Winnik-Beagle-Vrana. Kevin Shattenkirk has assists in three straight games, representing his only points since joining the Capitals via trade.

-More from Khurshudyan – plus a conversation with AEG Sports COO Kelly Cheeseman – in the latest Kings Men Podcast: 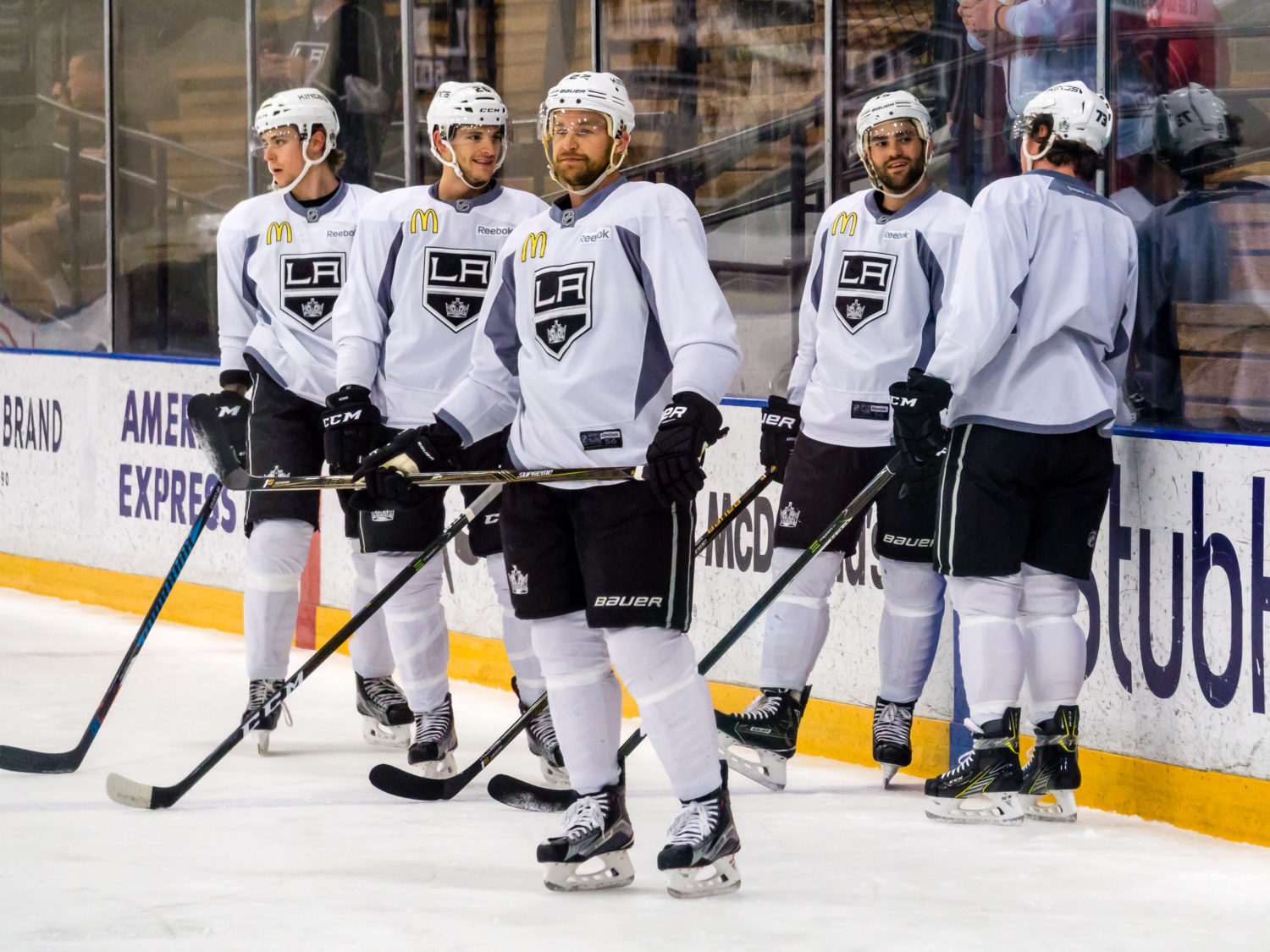 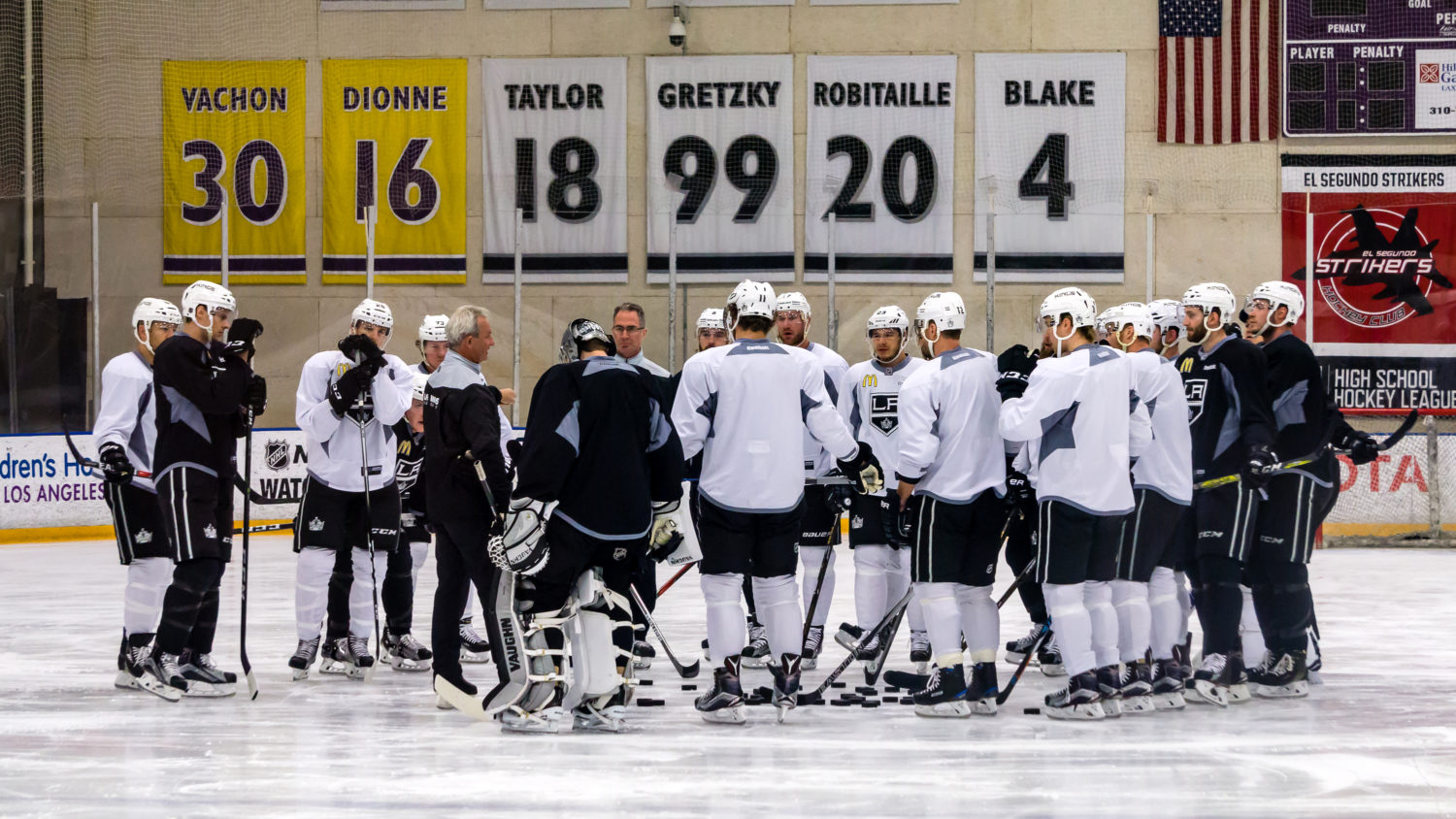 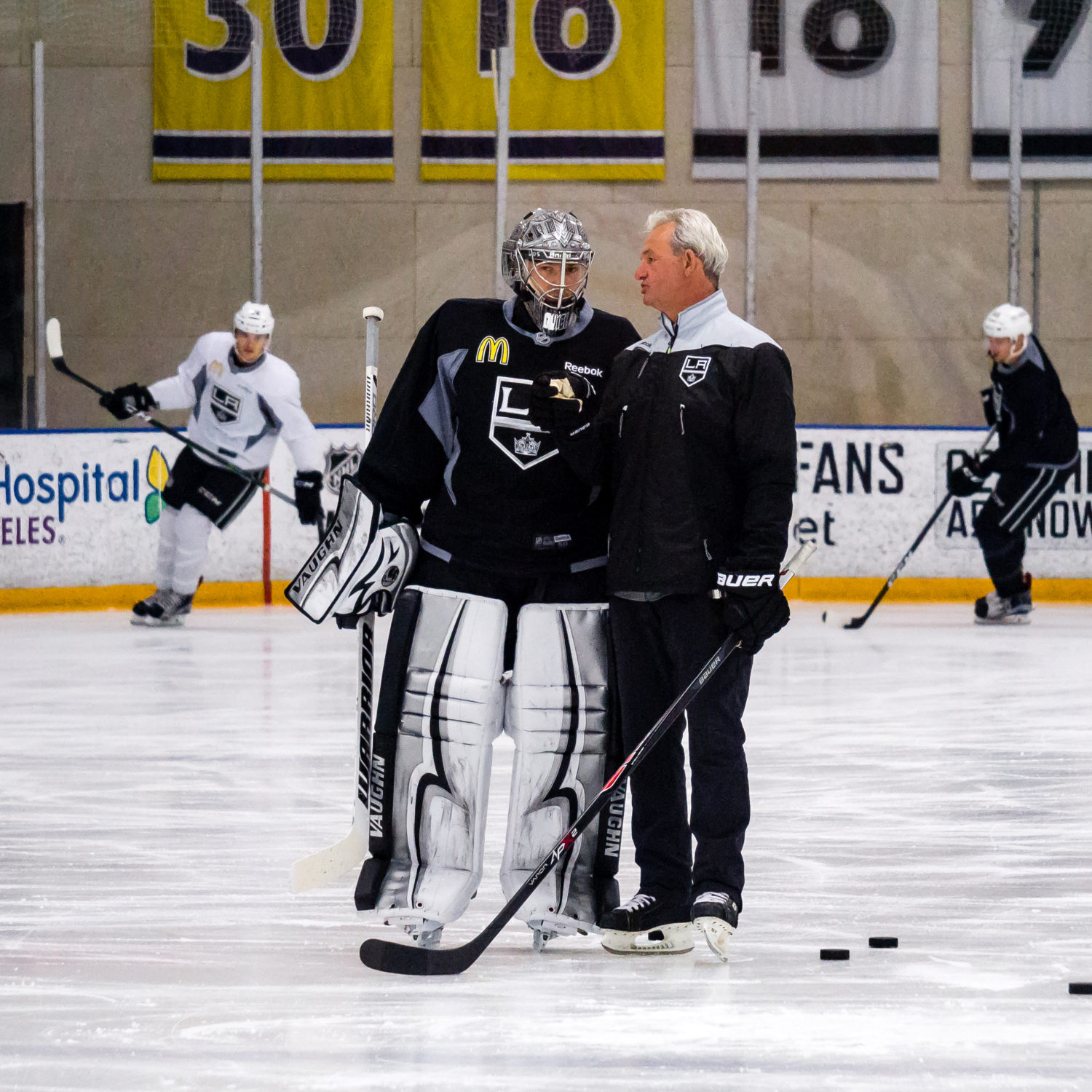 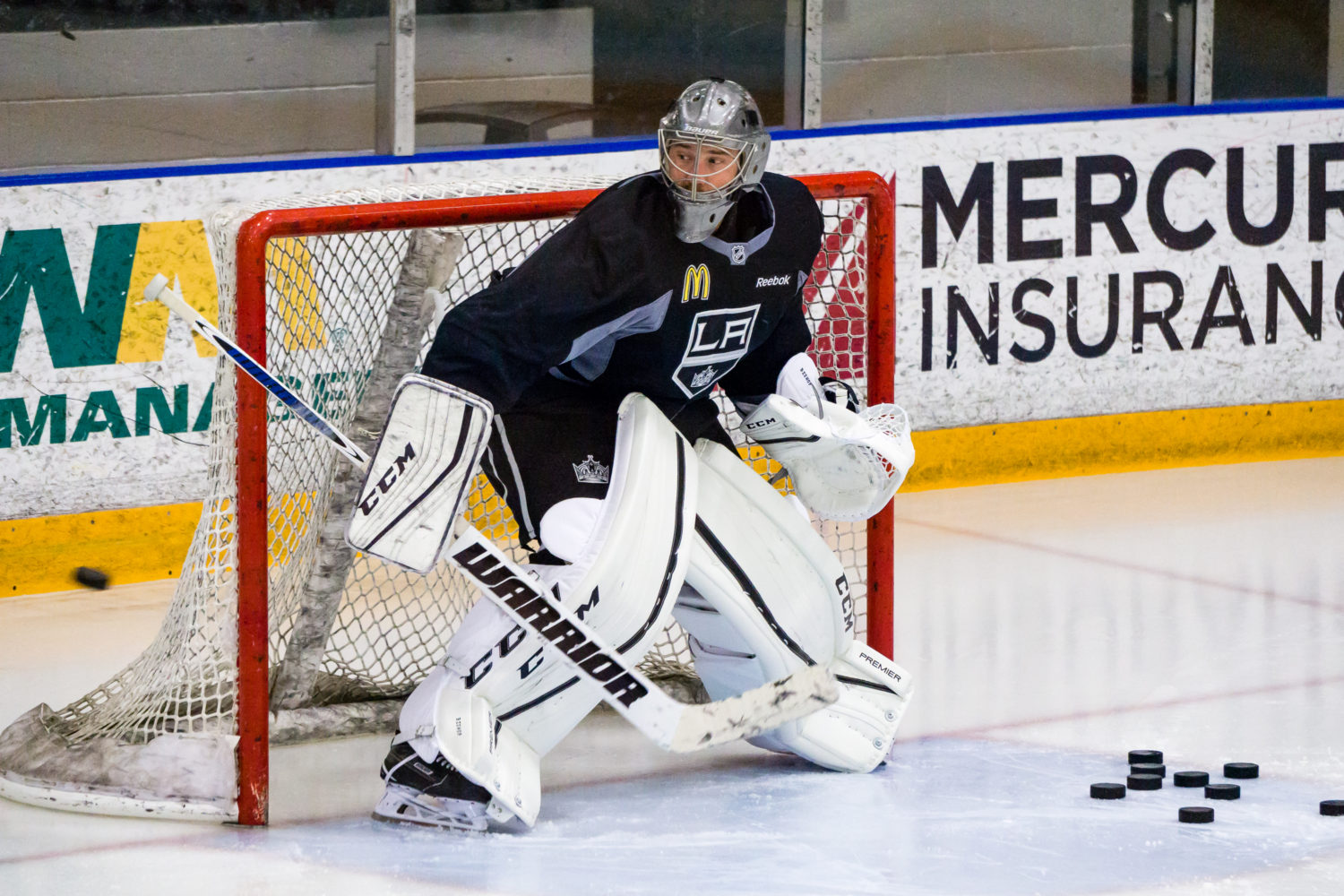