Pearson having a fine season, which, of course, begs a tough question - LA Kings Insider

Pearson having a fine season, which, of course, begs a tough question

As much as there could be expected to be in a sport with a high rate of injury and unpredictability, Tanner Pearson has enjoyed a highly linear career arc in which his numbers have steadily improved, practically across the board, year-over-year.

This crescendo has seen him increase his goal and point total each season, along with his average time on ice. Just as importantly, his shots on goal have seen a strong spike, as has his all-situational shooting percentage of 15.2%, which is a full 2.5% higher than last season.

“I think when the last contract talks were up it was brought up that I don’t take enough shots, and when you take more shots obviously more’s going to go in, so that was one of the goals going in to this year, for sure,” he said. “I’m probably at least getting two shots a game if not more and just keep getting my looks, and it’s been going well so far.”

He might be underselling himself. At even strength, Pearson has scored 1.33 goals per 60 minutes of ice time, which leads the team and ranks ninth in the league amongst qualified players. While many goals of his conjure up an image of skating down the rush and beating the goalie with an accurately placed wristshot – four of his five career regular season and playoff overtime goals have followed such a script – you don’t post a 13.6% career shooting percentage without rubbing on a little elbow grease and fighting for positioning below the hash marks.

“Well, most of the goals are scored from here to that door,” Darryl Sutter said in the middle of a narrow corridor inside the team areas at the Kings’ Toyota Sports Center complex.

“I think he’s looked on as a top left winger, and he plays on our top line. He plays a lot of power play, [a lot of] situations,” said Sutter, who added, “you knew his goal scoring would go up.” 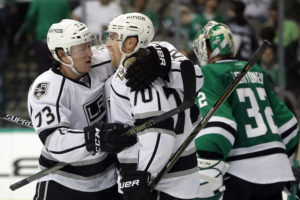 But because this is the 2016-17 Los Angeles Kings season, which isn’t quite as fairytale as, say, leading 3-0 in four straight playoff series en route to the franchise’s first Stanley Cup, this all comes at a cost. Pearson is due to become a restricted free agent on July 1 without a new contract, as is his close friend and current line mate, Tyler Toffoli. While Toffoli won’t come close to matching last year’s 31 goals, he still has 80 career markers in 276 career games, compared to Pearson’s 52 in 209. Both are important players on a team in need of pure goal scoring, and neither is yet attached to a contract for next year at a time when the salary cap is expected to remain flat.

While optimism on getting both players under contract had risen in mid-December, there’s still no concrete movement to report on, based on correspondence with the front office two weeks ago.

“[My agent and I] talked about it a bit for a couple weeks or a couple days, but it’s not really up for question right now,” Pearson said. “I think it’s just about bearing down and helping the team win and getting in to those playoffs. That matters the most right now.”

Because the Kings own both players’ rights as restricted free agents, there’s no pressing impetus to get them under contract at this point. In April, 2015, Pearson signed a two-year, $2.8-million contract, and at the end of June, 2015, Toffoli signed a two-year, $6.5-million contract. Both players will receive pay increases, though it is unclear whether there will be a sharp increase in term.

Los Angeles currently has 16 players under contract for 2016-17 at approximately $59.3-million, according to financials provided by Cap Friendly. While no other players apart from Pearson or Toffoli are expected to command significant capital, other restricted free agents include Nick Shore, Andy Andreoff, Paul LaDue, Kevin Gravel, Jonny Brodzinski, Michael Mersch and Justin Auger amongst a crop of 15 players. The players due to become unrestricted free agents without a new contract are Jarome Iginla, Ben Bishop, Devin Setoguchi, Rob Scuderi, Vincent LoVerde and Cam Schilling.

As for Pearson, he is clearly a goal scorer equipped to go to hard areas on the ice, and given the positive sign that both his shooting percentage and shots on goal rate have increased noticeably, the production shows that he’s taken instruction well as it was laid out for him following the 2015-16 season.

“Yeah, I think at the end of the year I got a piece of paper with where my shots came from and where the goals came from so that gives you a good idea. And if I wanted to know where most of my shots were and most of my goals were, I’m pretty sure it’s pretty easy for those guys to pull that pretty quickly. I think it’s definitely one of those things you for sure can look into and it also depends on other goalie’s weaknesses and that kind of stuff, too.”

That ability to create his own space and find the spots on the ice where goals are scored is part of the skill set he also notices in his good friend.

Tanner Pearson, on shooting accurately off the rush:
Yeah I think that’s one of the things, you know, over the years you kind of bare down looking at because, personally if I miss the net on one of those shots it’s being rimmed around and right back out of the zone so you kind of feel bad. If the defense did a good job breaking the puck out and you go across the goal line and rim the puck back out and start all over again so it’s one of those things that even if you hit the net, something can happen pretty quickly where it goes off the far pad. You look at Marty’s goal a couple years ago — Ty wide shot off the pad, nice little tap-in – so hitting the net is a big thing in this league.

Pearson, on whether he’s satisfied with the way things are going for him:
Yes and no. I think obviously it is one of those years but at the same time we’re in the playoff hunt so it’s more or less helping out the team and helping out myself right now. 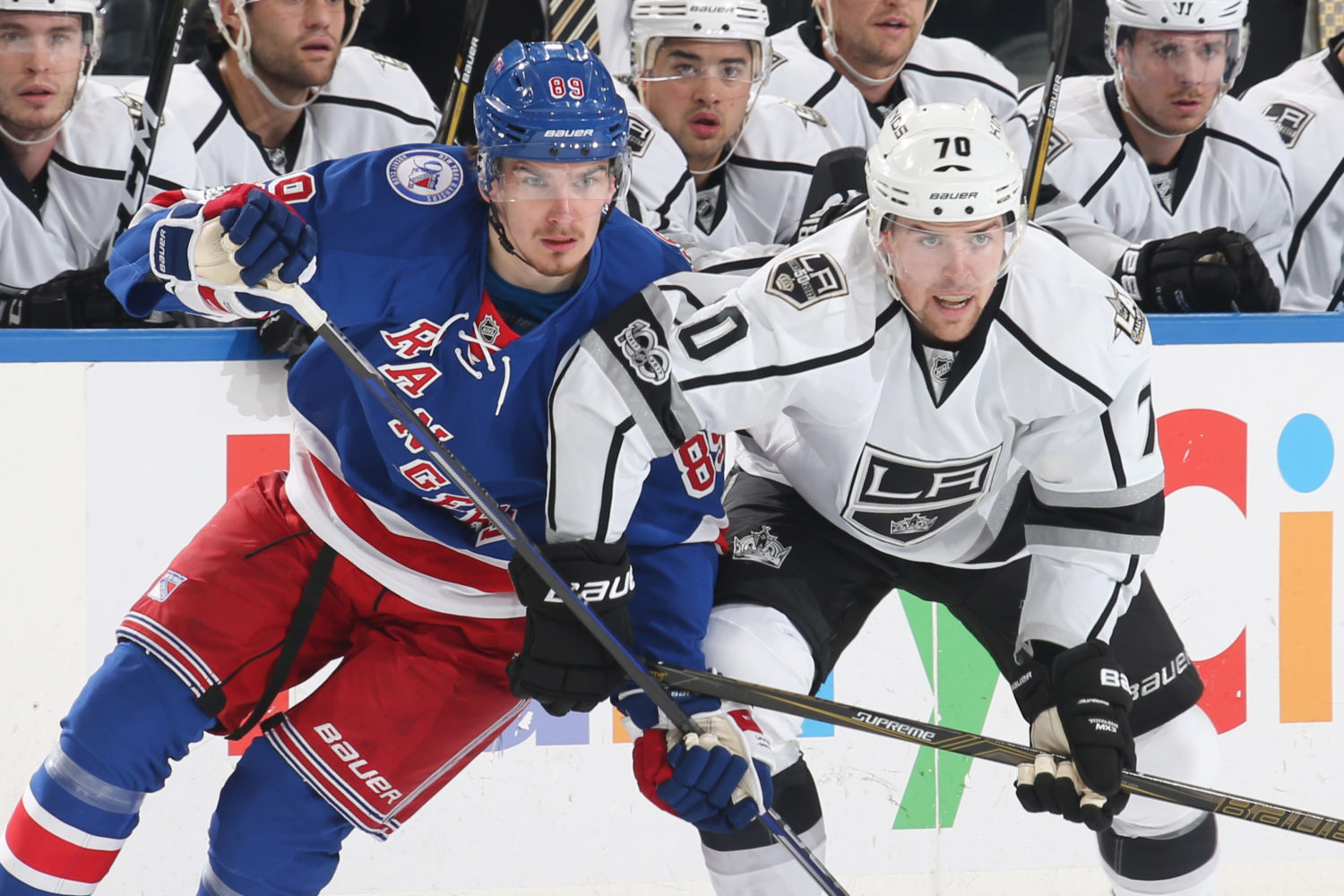