With the acquisition of Ben Bishop and Jarome Iginla, and with the return of Jonathan Quick and the passing of the trade deadline, does this provide additional focus for a team gearing up for the stretch run?

“Stretch run started in October,” Quick said. “You know, this league’s so tight. We know that coming in to training camp. Tomorrow’s game is no more important than games four months ago. So they’re all important. The only difference is everything’s kind of settling a little bit and you know where everybody is and you know who you’ve got to catch and you know who is trying to catch you. But at the end of the day, every time you play it’s two points.”

And in the attempt to claim two points on every game night – the Kings have 19 remaining, starting with a seven-game home stand that opens Thursday against the Toronto Maple Leafs – they’ll do so with a future Hall of Famer added to the roster, and a strong defensive player and two-time Stanley Cup winner subtracted from it. Hello, Iginla, a 619-goal scorer, and good bye, King, the first player to be traded by Los Angeles after having won a pair of Stanley Cups with the franchise.

After an optional practice in which Quick took part but Anze Kopitar did not, the two members of the team’s leadership committee spoke about the impact of gaining Iginla while losing King.

Anze Kopitar, on Jarome Iginla being acquired by LA:
Yeah, I mean, obviously another veteran guy that’s going to come in to this locker room and help us out with the leadership and just his presence. We all know what his resume is so hopefully he can help us out in all the departments and I’m sure he’s been in battles or stretches like this where he was battling for the playoffs and all that so I guess just his experience coming in will help us.

Kopitar, on anything that sticks out about Iginla’s game:
He plays hard. I mean, I think one of the biggest keys is, too, he’s played for Darryl, too. So he knows what Darryl’s all about and vice versa. But he’s got a good shot. I mean, every time we play him you’ve got to respect his shot. His one-timer on the power play is something that, for sure we’re going to try to utilize as much as we can and just go from there.

Kopitar, on the team’s position going forward:
Well I think we’re in, you know, obviously not the greatest spot but we’re in the mix and that’s what you want to be this time of year. Obviously you want to be safe and focusing on the season but we’ve been in this position before so it’s going to come down right down to the wire and we’re going to play hard and see what happens.

Kopitar, on Dwight King headed to Montreal:
Yeah, I mean, every time a guy leaves the team it’s hard. Obviously with Kinger we’ve been through some tough times but some really, really good times so what can you really do. At the end of the day it is some sort of a business so I’m sure he’s going to pack his stuff today and leave for Montreal and can’t really do anything but wish him all the best.

Kopitar, on whether he’s surprised at all by the way this season has gone:
No I don’t, I’m really not that surprised. It always comes down to the wire. I think more so in the West than it is in the East so, you know, like I said, we’ve been down this road before so we’re kind of used to it.

Kopitar, on whether he notices “shades of himself” in any players around the NHL:
I just don’t really pay attention to all of that so once we’re out on the ice I really just want to focus on my game. But yeah, I don’t think there’s any secret to it nowadays in the NHL. The centermen usually have to be a good 200-foot players and produce and we have a lot of them in the league and there’s definitely some young guys coming up, too, that are establishing themselves in that department so like I said, it’s a lot.

Jonathan Quick, on Dwight King being traded to Montreal:
You never want to see anybody go. Especially somebody that’s been around for those two seasons in particular. You know, you kind of think back to when he first got called up. Him and Noles came in there a little more than halfway through the year and provided something that the team really needed and both were really important in both Cup runs. At the end of the day though, it’s the nature of the business. You hate to see somebody go but you know, you just hope for the best for them.

Quick, on whether it’s any easier because King’s contract was up at the end of the year:
No, it’s no easier. Great teammate. Great player. Someone that’s meant a lot to the organization over the last five, six years, so no matter how they leave – free agency, trade, whatever – you don’t want to see anybody go.

Quick, on whether it’s hard to put aside the emotional aspect when a teammate is traded:
It’s tough. You get used to it, though, just because it happens every year. You know, even high school, college, you’ve got guys you’re good buddies with and they graduate or they leave and then coming up in the minor leagues and everything, so it’s something you get used to.

Quick, on acquiring Jarome Iginla:
I mean, he brings 1,500 games of experience and however many countless playoff games he’s played. A guy that’s, you don’t play that long if you don’t love the game so I’m sure he’s going to come in here excited to play and be part of trying to make the playoffs and go farther.

Quick, on what a veteran presence like Iginla adds to the dressing room:
I mean, it’s something that you can never have enough of, right? You look, like, we’ve got a lot of guys that have obviously, we’re fortunate enough to be on the Cup winning teams but we’ve got a lot of young guys and guys with not so much playoff experience and things like that. SO you get a guy like that, Vinny comes in last year and Iggy’s coming tomorrow so it’s just another guy in the locker room that has a ton of experience in those type of situations. You know, last month of the season, hopefully two months after the regular season’s over so you know, like I said, you can never have enough of that in your locker room.

Quick, on what he likes about the Kings:
You just look around the locker room. That’s the best part. You just have a great group of players. It’s fun coming in, practicing, competing every day with them and yeah. Work seems a little less like work, you know? It’s a fun environment to be a part of and guys love to compete and guys love to win so you don’t want to let them down. Every time you step in there and you’re playing, you’re trying to win for them. 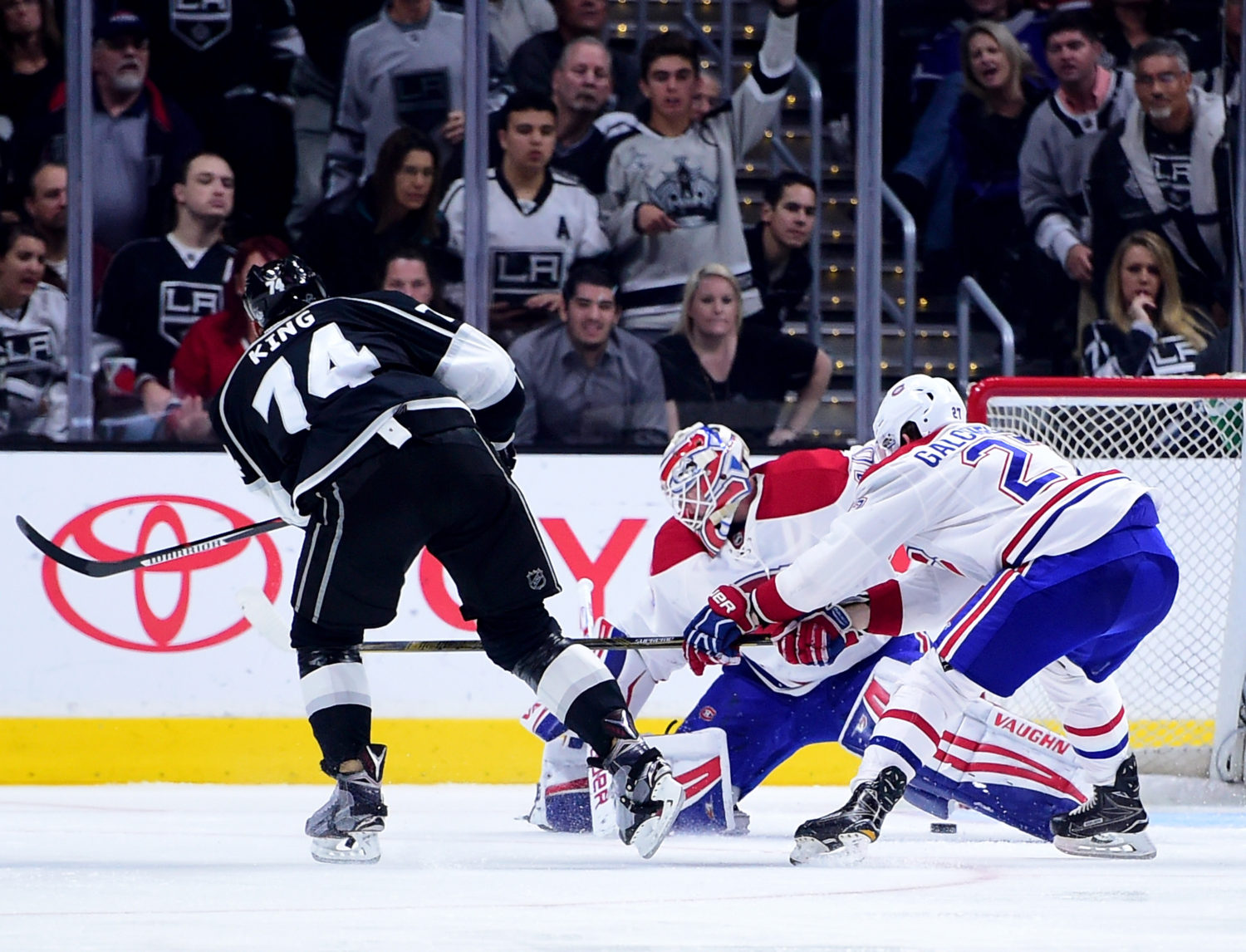