The Los Angeles Kings have 66 points. They are one point behind the St. Louis Blues, who have a game in hand. On Monday, St. Louis traded its top offensive defenseman, Kevin Shattenkirk, because it would not be able to resign him. Between Sunday and Wednesday, Los Angeles added Ben Bishop and Jarome Iginla, and traded Dwight King.

“We’re trying to bridge a gap here,” President / General Manager Dean Lombardi said. “It’s tough being in this middle layer right now at the deadline, so you’re caught between that buyer/seller mentality. I thought this was a way that we weren’t going to be able to sign Dwight King in terms of what it was looking at, and we have to do some work here to replenish our reserve list, being what had happened [the last] couple of years when we won the Cups. So you’re taking a guy out of your locker room trying to get some future assets, and what’s the best way to make sure your team maybe even has a better chance to win without compromising what you want to do going forward.”

The Kings were in no position to part with any significant assets. Should they miss the playoffs, they essentially received the future Hall of Famer for free as the conditional fourth round pick exchanged for Iginla would disappear. But there is that intrigue that, as Lombardi noted, was similar to last season’s acquisition of Vinny Lecavalier in that the team had targeted a player who had “fallen off the map,” as Lombardi had said, and while that’s more appropriate for Lecavalier, who was a frequent healthy scratch with Philadelphia, there exists tenure, respect across the league and history of offensive production that binds the two players together who opposed each other in the 2004 Stanley Cup Final.

“If Iggy can do what Vinny can do, then we’re going to be more than pleased,” he said.

And like Lecavalier, there is the team’s thought that a player in the twilight of their career – Iginla, 39, had eight goals and 18 points in 61 games with last-place Colorado – could be reinvigorated when joining a team whose competitiveness and firmness would seem to be in lockstep with their skill set and has been looking to pair a scoring winger with Anze Kopitar.

“I think in terms of Jarome and the other guys who were available, the one thing about him is there’s no question about his competitiveness. What you’re banking on is despite the age and everything else that that competitiveness can come through, and if it does, his dimension would we feel be a good fit for one of our two top centers, and if you look at it in terms of Jarome, it’s not only going in front of the net where he has great instincts – and we all know about his battle and everything – but he’s also a really smart player. Over the years you don’t score 50 goals, and a good example is like Brett Hull – finding those seams, and when to show up in them, which I think is really critical in today’s game, given the way everybody collapses, and the ability to know when to get open and how to get there, and then having a release is something we really haven’t had, and certainly not that dimension to put with Kopitar. So when you see Kopitar doing his work on the walls and things, not only are you hoping that Jarome can be that guy, to be F2 and help him there, he’s a big strong guy and competes, but he’s also the type of guy that can get open for you for those plays.”

While Iginla’s point total is modest, Lombardi did reference past precedence when theorizing that there is untapped production beyond what was shown with Colorado, a low-scoring team that was mired in a quagmire of a season.

“…For instance, it’s hard for top players at the end of their career, to play in a season like Colorado’s, what is a losing environment right now. They’re going to fix it and get it turned around. But I always go back to Rob Blake, and I said this at the time Blakey was here when I first got here. We weren’t a very good team, and quite frankly, Blakey wasn’t very good, either. So a guy of his stature who’s always played on competitive teams won a Stanley Cup in Colorado, tries to come back to L.A., and as a lot of you people saw at the time, we had some gong shows going as we were building it, and he wasn’t very good. It looked like he was done. But if a great player who…[sees] a light at the end of the tunnel, it’s like, well, yeah, you can say he still loves to play the game. But they play to win at that stage. And then when Blakey went to San Jose, and they had a really good team, he was one of their best players, and you would’ve never said that from watching him. So what you’re hoping, too, is that taking him out of there, giving him a fresh start, and having a chance to win again hopefully ignites him very similar to I think what happened to Blakey. You see that all the time. It’s really hard for top players who had great success at the end of their careers to play on teams that are struggling. And the other thing you’ve got here is, let’s face it, you’ve got a guy like Darryl, and if anybody knows Iggy, it’s Darryl. So we’re not going to have any issues there, and they can jump right into what needs to get done and not get a feel for each other, because these guys have been through the wars together.”

While the deadline returns are clearly below the Jeff Carter and Marian Gaborik level – see the above quote about being in the “middle layer” where the team isn’t quite a buyer or a seller – the Kings did not have to part with any great assortment of assets in its two most recent trades, making the current moves low risk with an unknown reward.

“Now, what to expect? We’ll never that for sure,” Lombardi said. “I don’t have a crystal ball.”

Dean Lombardi, on Dwight King:
He’s a good player, a good, honest player. Really good defensively. Plays his system to a T. Can kill penalties, is heavy, can complement. You can play him with good players, and if you rattle his chain, he’s tough. It’s probably a good fit for Montreal, and you know what? The guy’s won. So that has value in itself. [Reporter: How would you assess his skating ability for a guy his size?] If you’re looking for a speed merchant, it’s obviously not his game. Every player brings something. It’s all about your mix. There’s a little bit of our issue right now too, right? We’re trying to get Kempe in the lineup and add LaDue – two guys who are quicker – but Montreal has a lot of skilled guys that can skate, and so you add now a guy with his size and things, and people say he might have trouble with his pace? Well, he didn’t have trouble with his pace when he won two Stanley Cups. I get it. Maybe people think the game’s changed, but there were some pretty good players on the New York Rangers when we won in the finals. He had no problem in that environment. But if you’re looking for a speed merchant, no, it’s not him. If you want an honest player who can play in a physical situation, he’s your guy. 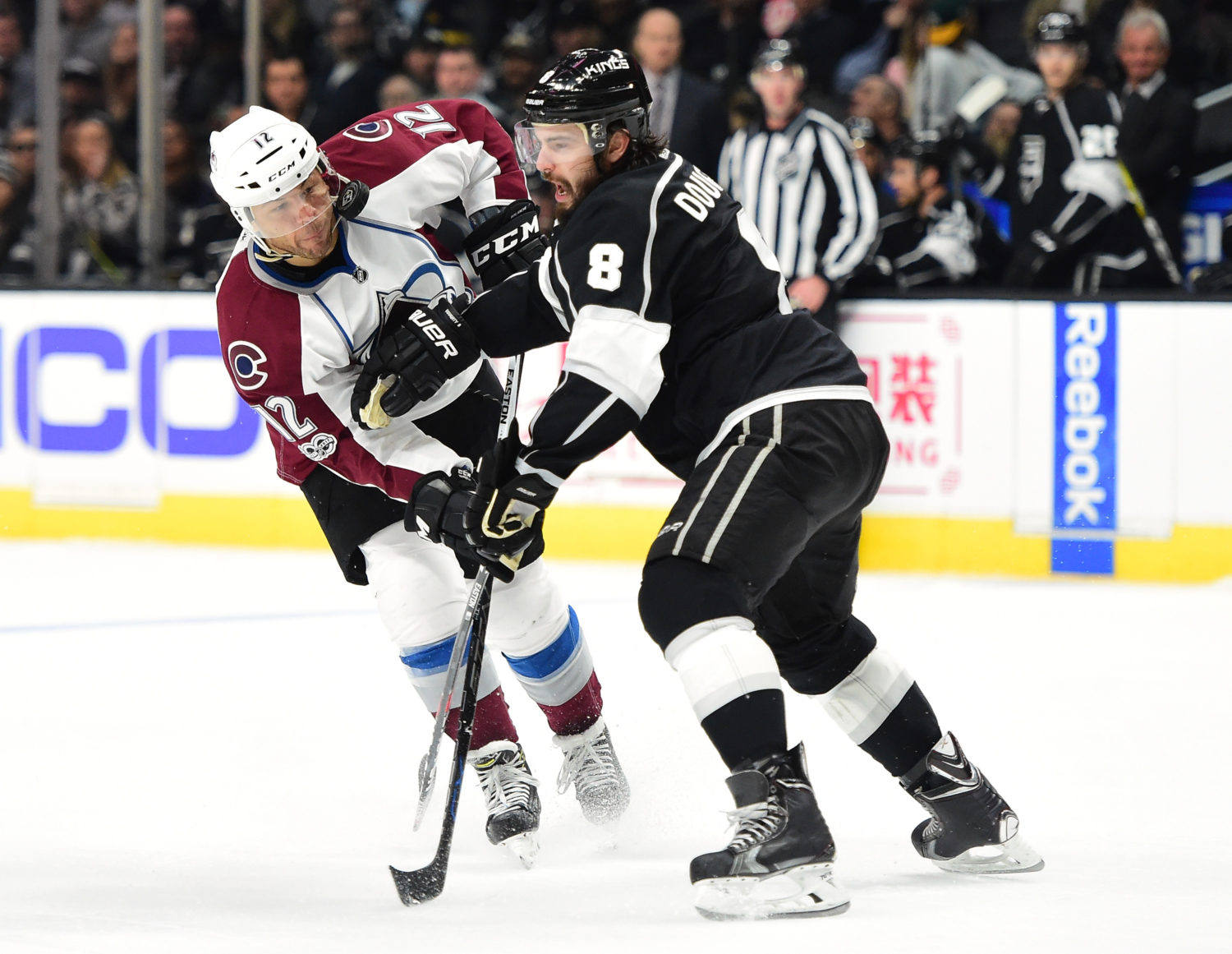