Has there been any other recent game that so accurately served as an archetype of the 2016-17 season? The Kings were the better team. They limited zone time, possession, and had the majority of the even strength chances. The opponent scored early in the first period, necessitating a game of catch-up, after a Jake Muzzin mishandled puck. The Kings dominated the second period but were outscored 1-0 when Peter Budaj let in a soft goal. Anze Kopitar continued his relentless, season-long assault on the goalposts, and Dustin Brown, Kevin Gravel and Jeff Carter also caught iron. This could easily be a Waking up with the Kings from any month of the season. Los Angeles lost a winnable game because it was unable to play with the lead at any point, and this, too, is becoming a trend. Credit Zdeno Chara for tying up Carter on a high-grade scoring opportunity shortly prior to Brad Marchand’s goal, and again, credit the goalpost for getting most of Kopitar’s chance on a Grade-A opportunity that would have given the home team the lead early in the second. That L.A. was unable to score in a territorially dominant second period in which they pinned Boston back in its own end for long stretches was a key factor in the loss. There are two teams on the ice, and the Bruins also deserve recognition for forging ahead with a tight third period in which they relied on their familiar checking and defensive tendencies while keeping the Kings from establishing any sort of an offensive rhythm or up-tempo, paced attack. 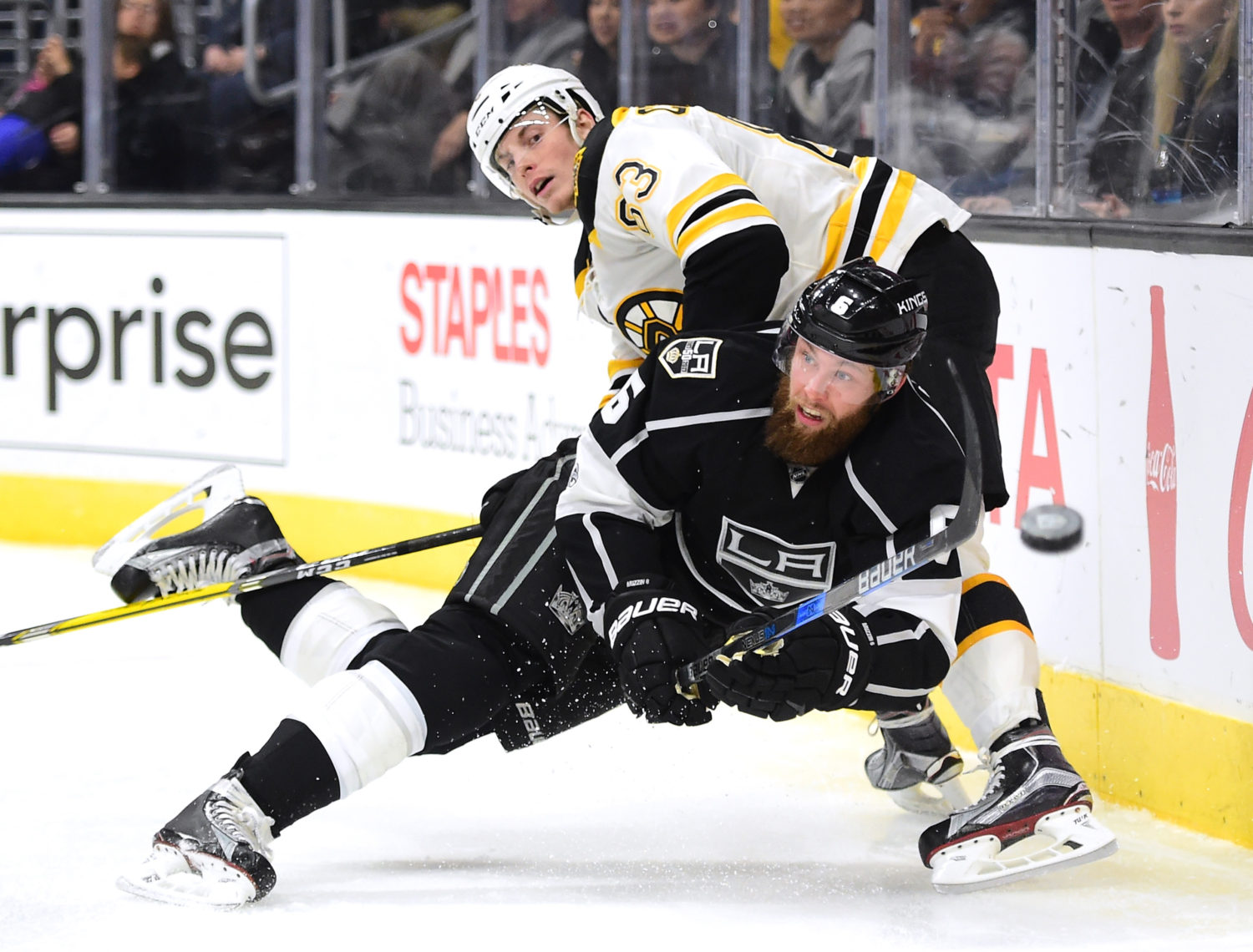 Darryl Sutter was asked last night whether there was any single one factor that gave him more concern over anything else, and without hesitation he responded, “Yes. Production from the top end. Absolutely, 100%.” When Jeff Carter and Tanner Pearson aren’t scoring, and other reliable scores are failing to generate consistent offense – Anze Kopitar has one assist and a minus-nine rating in his last eight games – there’s just not enough scoring depth to pick up the slack, and for the 20th time this season the Kings failed to score two goals. It’s not an “effort” thing, it’s not a “lack of interest” thing or anything that has to do with the makeup of the dressing room or the constitution inherent in it. This is simply a team that does not have enough skill in its bottom six, and when key players go through dry spells, as several have for long stretches of the season, it will be challenged to score. Los Angeles has been held without a five-on-five goal in five of its last nine games. 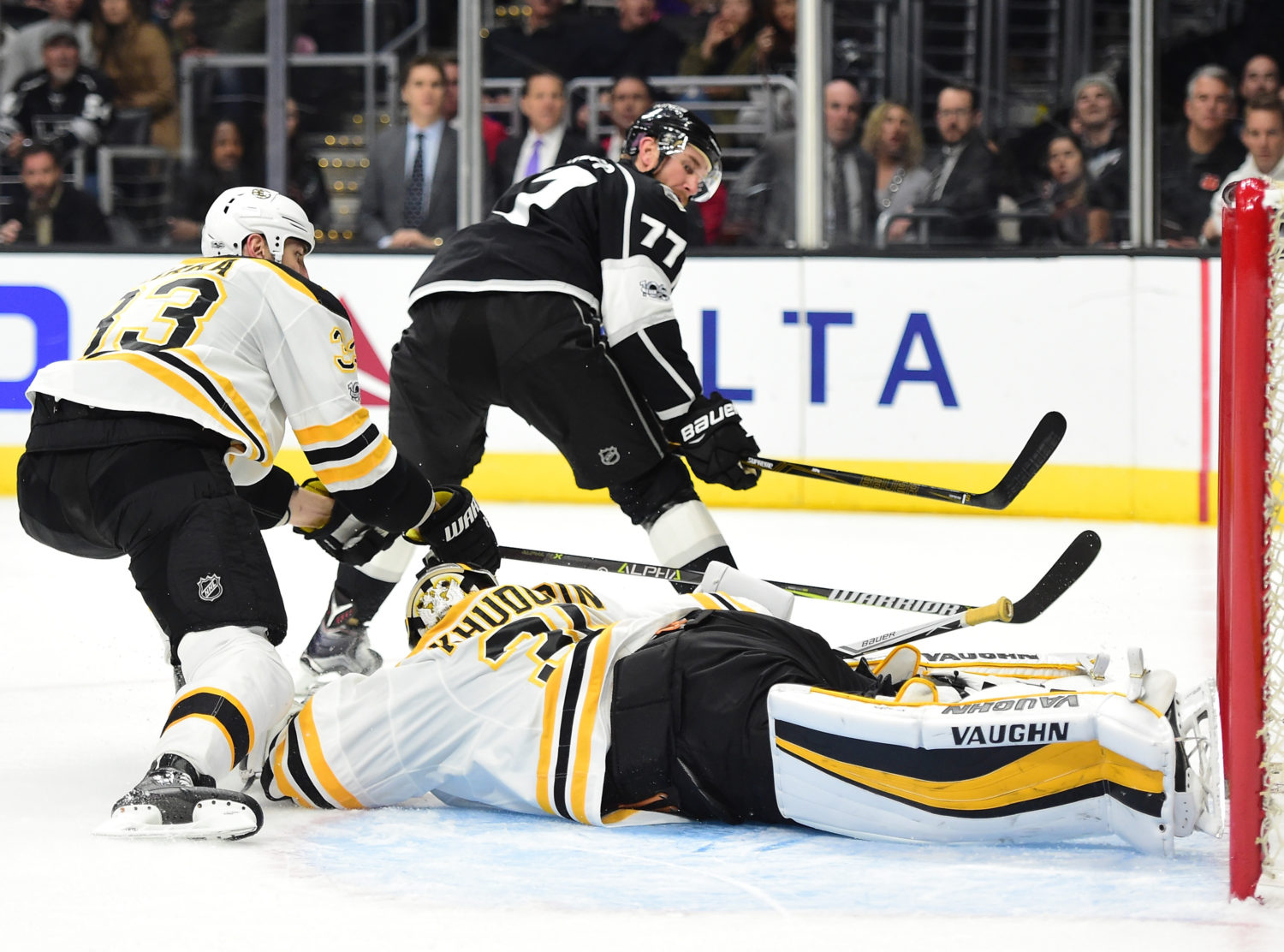 Some positives! Adrian Kempe issued a nice dish to set up Kevin Gravel on the power play, took three shots on goal and didn’t look out of place in 12:45 of ice time. And, for Gravel, it’s always a pleasure to see a player score his first career NHL goal. It was part of an assertive night for Gravel, who finished with his second-highest TOI total of the season and exuded confidence – though I’m not sure that was ever really an issue – since stepping back into the lineup. But if the Kings are to climb back into the playoff picture – SportsClubStats.com now gives them a 49.7% chance (this means very little, though its fluctuations are interesting to cite this time of the year) at making the postseason – the “positives” section of WUWTK needs to be a list of feats by Kopitar, Toffoli, Gaborik, et al, and not rookies in depth-type roles. 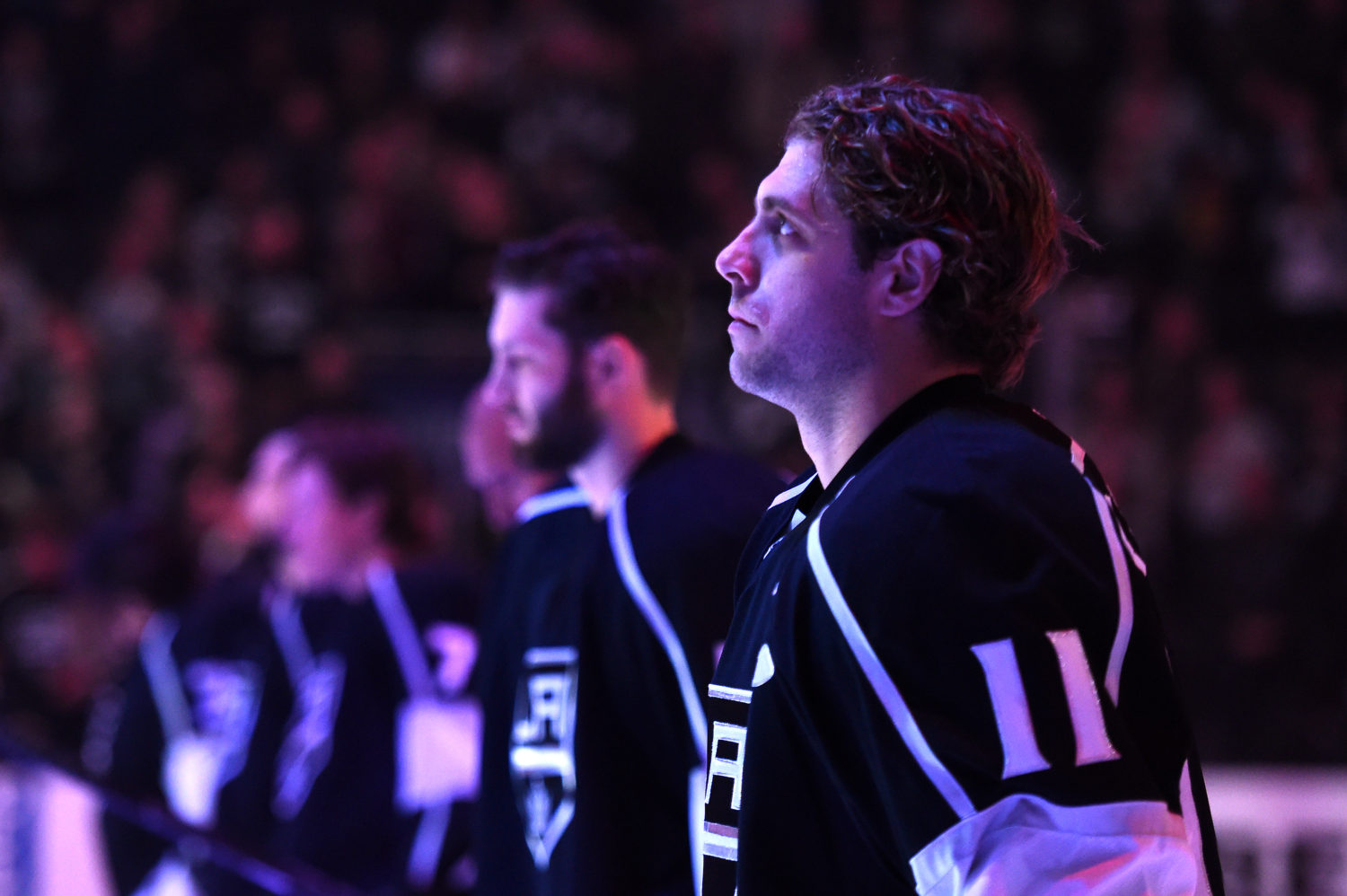