-There’s some interesting news on Jonathan Quick, and the hypothetical acceleration of his timeline to return from injury. John Hoven of Mayor’s Manor alluded twice to his impending return, which could, by his report, occur as early as Saturday afternoon against Anaheim. (He later said on his personal Facebook page, “Look for Jonathan Quick to make his return tomorrow vs Anaheim Ducks.”) If that comes to fruition, that’s a good get by John. At practice on Friday, Quick was the first goaltender off the ice when in previous practices he had been among those to remain on for extra work.

Oh, also there was this:

RC also added that he thinks Ducks will see Jonathan Quick in goal for Kings.

Keep in mind that on Sunday, Darryl Sutter said, “We’re going to do it day-by-day in simulated games and see exactly where he’s at, and then I’ll say, ‘this is the game you’re playing,’ and that’s what we’ll do. In terms of deadlines or any of that other stuff, that doesn’t involve him and I at all. That’s how we deal with that.”

-Anaheim has traded for Dallas forward Patrick Eaves, who has 59 games played, 21 goals (11 of which have come on the power play), 37 points and a very impressive beard. (The Pacific Division now clearly leads the league in Stubble/60.) Eaves is expected to catch a flight to Los Angeles and play for the Ducks tomorrow afternoon. Via the wonderful Eric Stephens, John Gibson remains out, so, theoretically, there is the possibility of a Quick-Bernier match-up tomorrow. In a Kings-Ducks game. With Jhonas Enroth backing up Jonathan Bernier. There are no truths to the rumor that tomorrow’s linesmen are Martin Jones and Ben Scrivens. Earlier today the Ducks assigned Nic Kerdiles to AHL-San Diego; Antoine Vermette remains out due to suspension. Can’t do that!

Drew Doughty, on how to break the pattern of the team playing well but not getting wins:
Well, when you’re not scoring goals obviously you’re not going to win games, but I guess even though we gave up four, we only gave two up without the empty net so we’re happy with that I guess, but yeah, we’ve got to score more goals. That’s the bottom line. We need to produce from everywhere. We can’t have the same guys producing all the time. We need more goals from the D, we need more goals from the forwards and that’s just the way it is.

Doughty, on how the team can adjust to score more goals:
I think the coaches kind of emphasize it in practice when we’re not scoring. They just want us to bury everything. If the the goalie doesn’t freeze the puck we kind of continue on the play where in other practices we take the one shot and then kind of peel out and get to the next part of the drill but today they made sure we were on top of the rebounds and finishing out the play and practice makes you better in games so I think it’s a good habit to get into.

Doughty, on how the team mentally moves past goal droughts:
Yeah, you know, sometimes the luck’s not on your side but if you keep working hard and keep improving as a team eventually the puck luck is going to come back to you so yeah, we just need to play better and then we’ll get those bounces. [Reporter: Do you believe in puck luck?] Well like clearly there’s bad bounces and good bounces but I think for the most part most games are pretty even when it comes to that. But yeah, you’ve got to kind of make your own luck. If we played better the luck is going to come our way and those pucks are going to come in. Not that we played poorly last night, but we obviously didn’t play good enough. 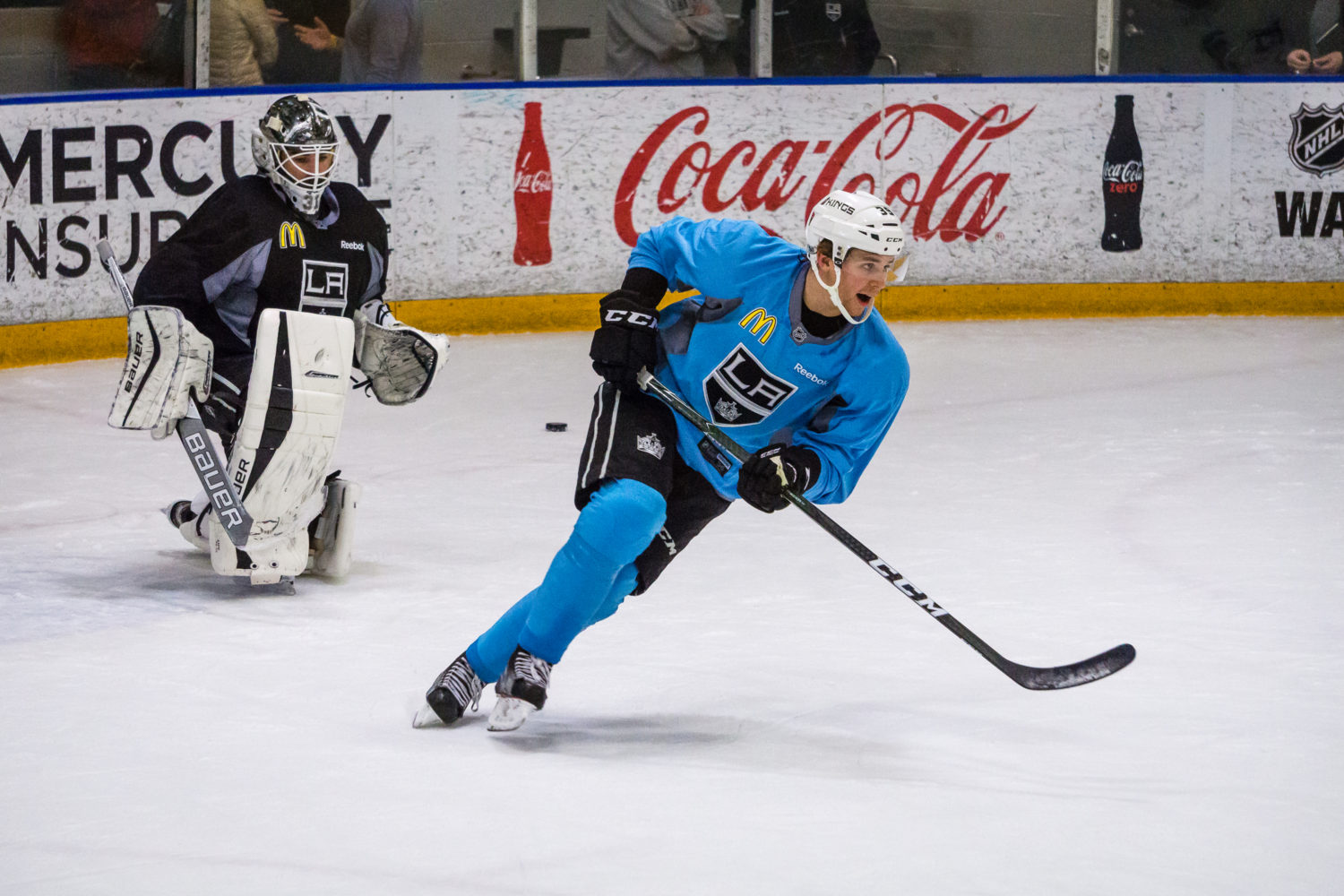 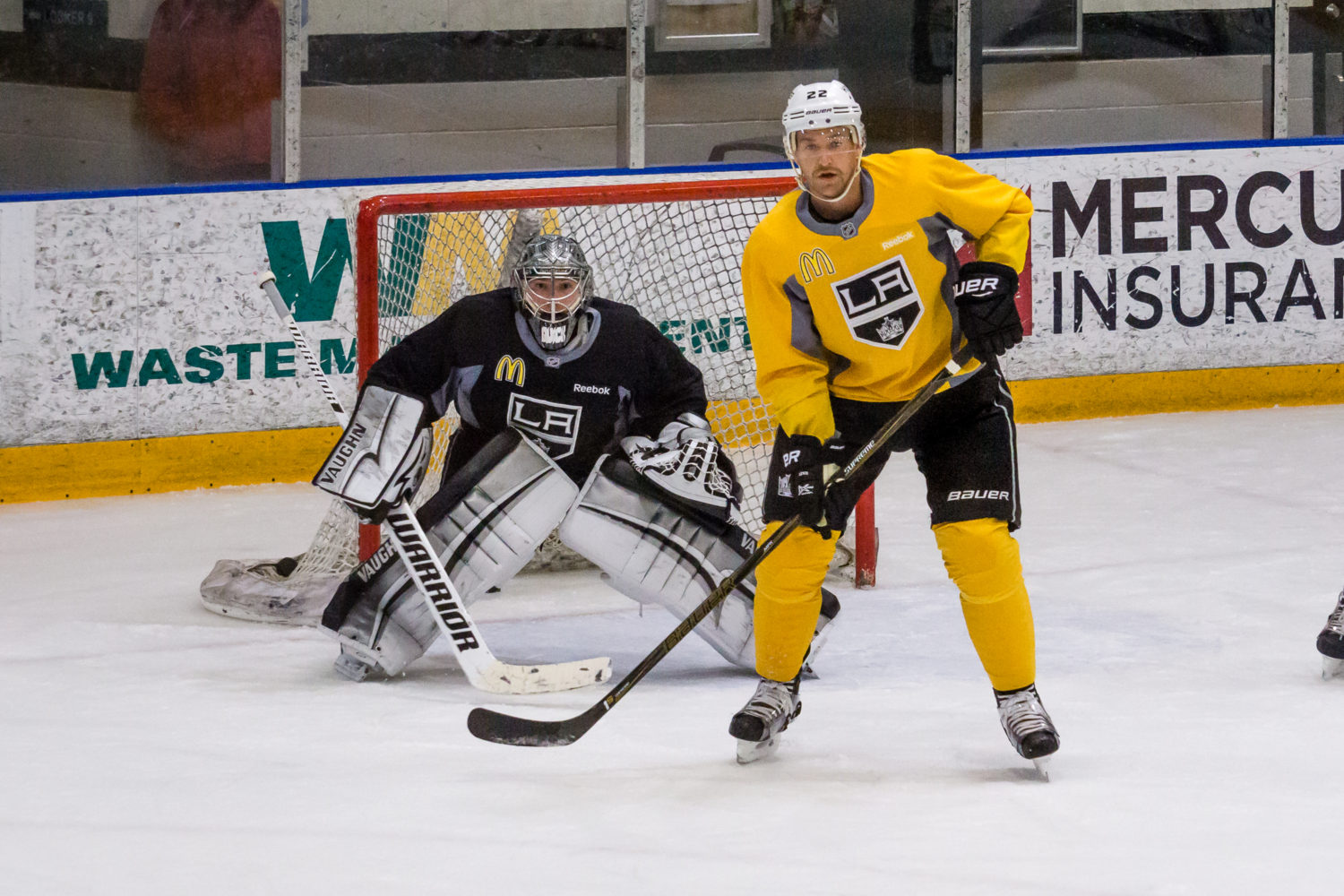 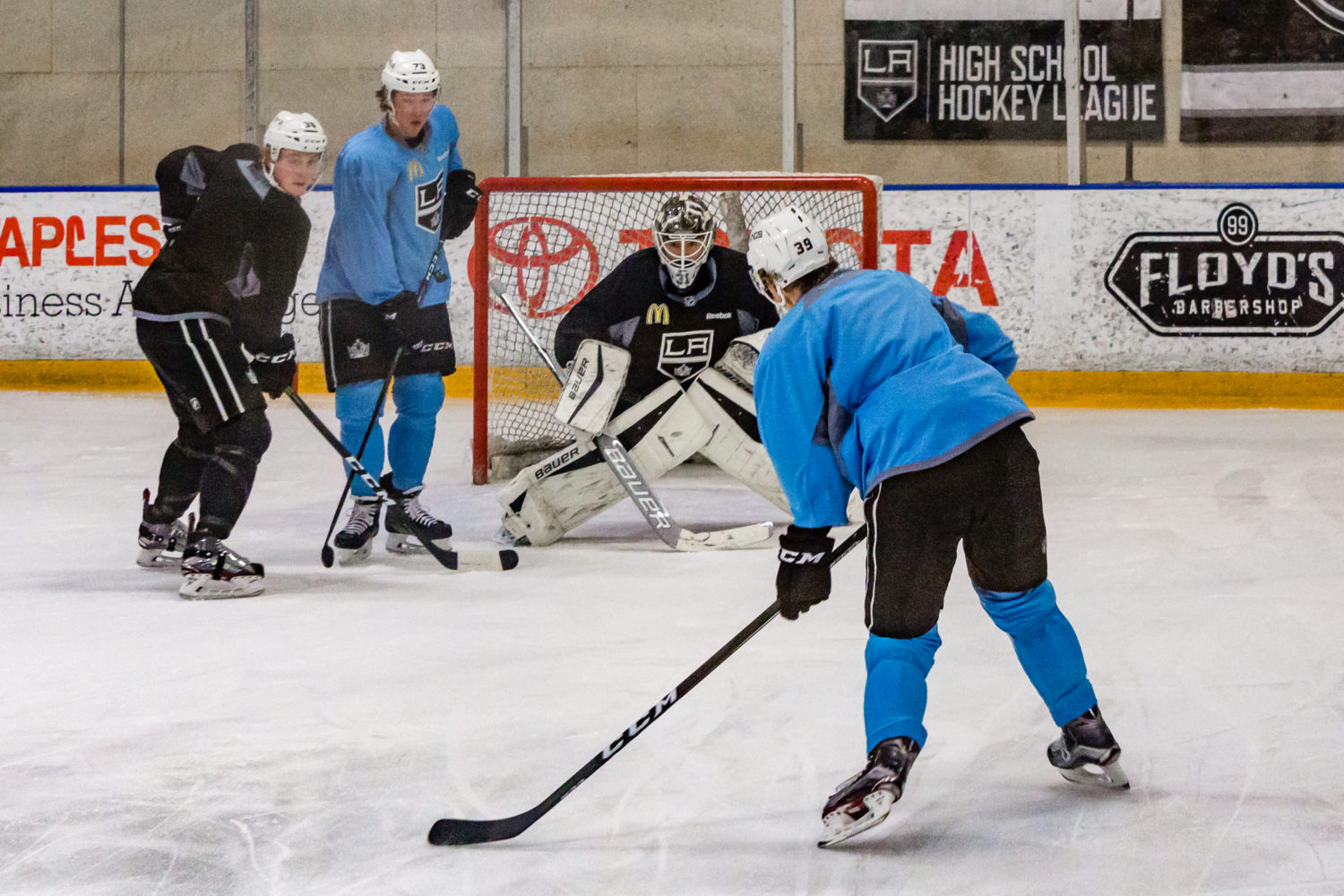 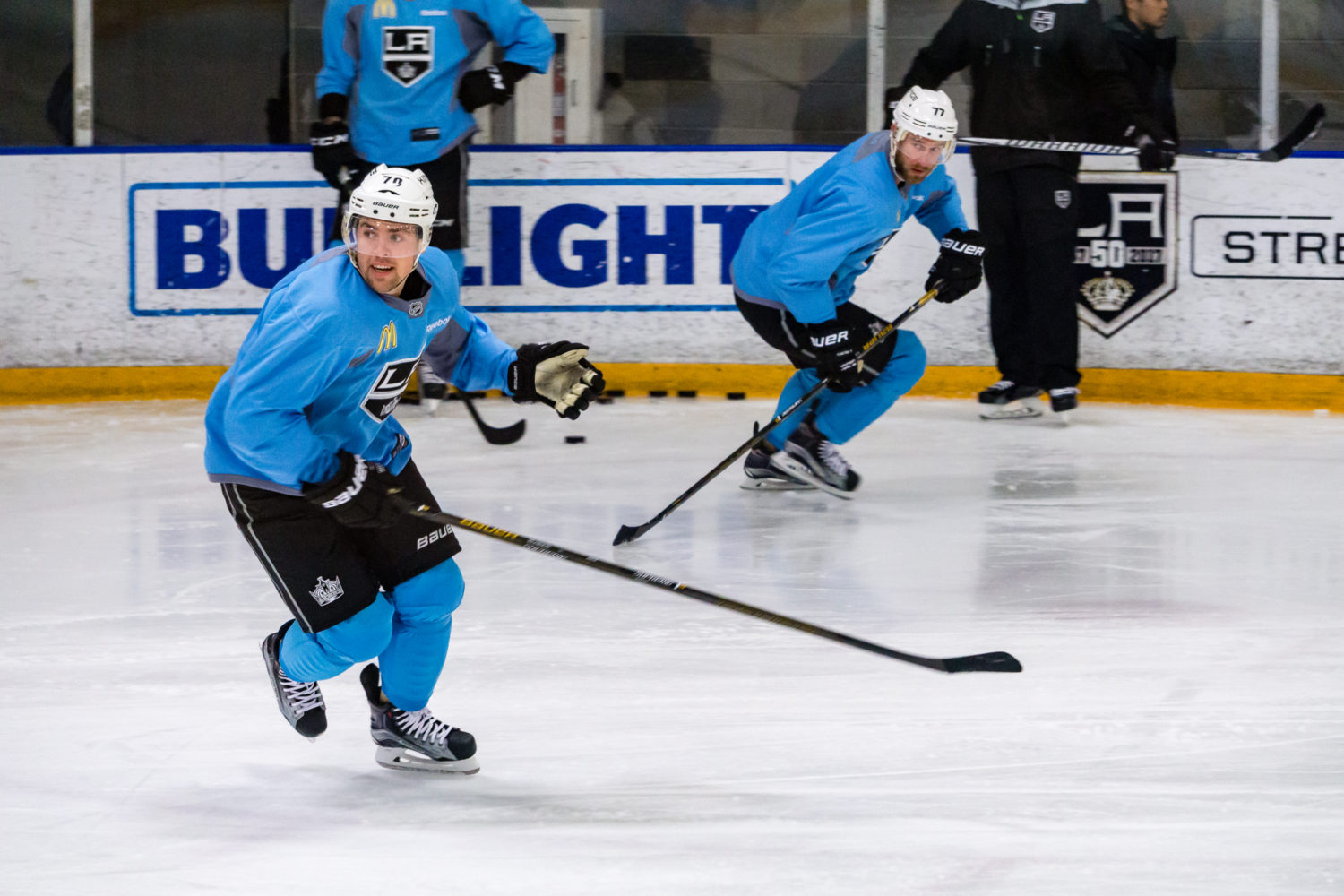 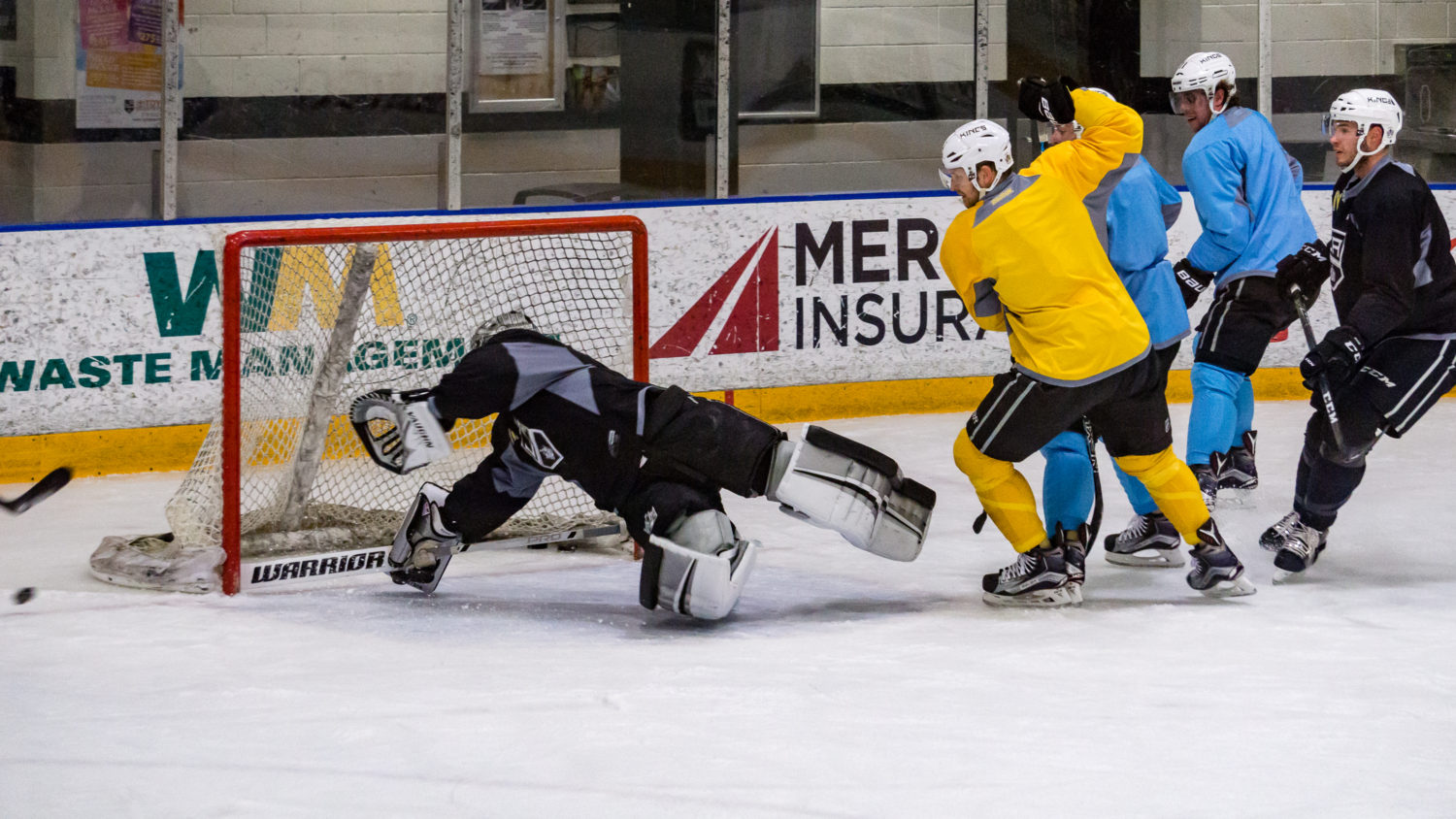 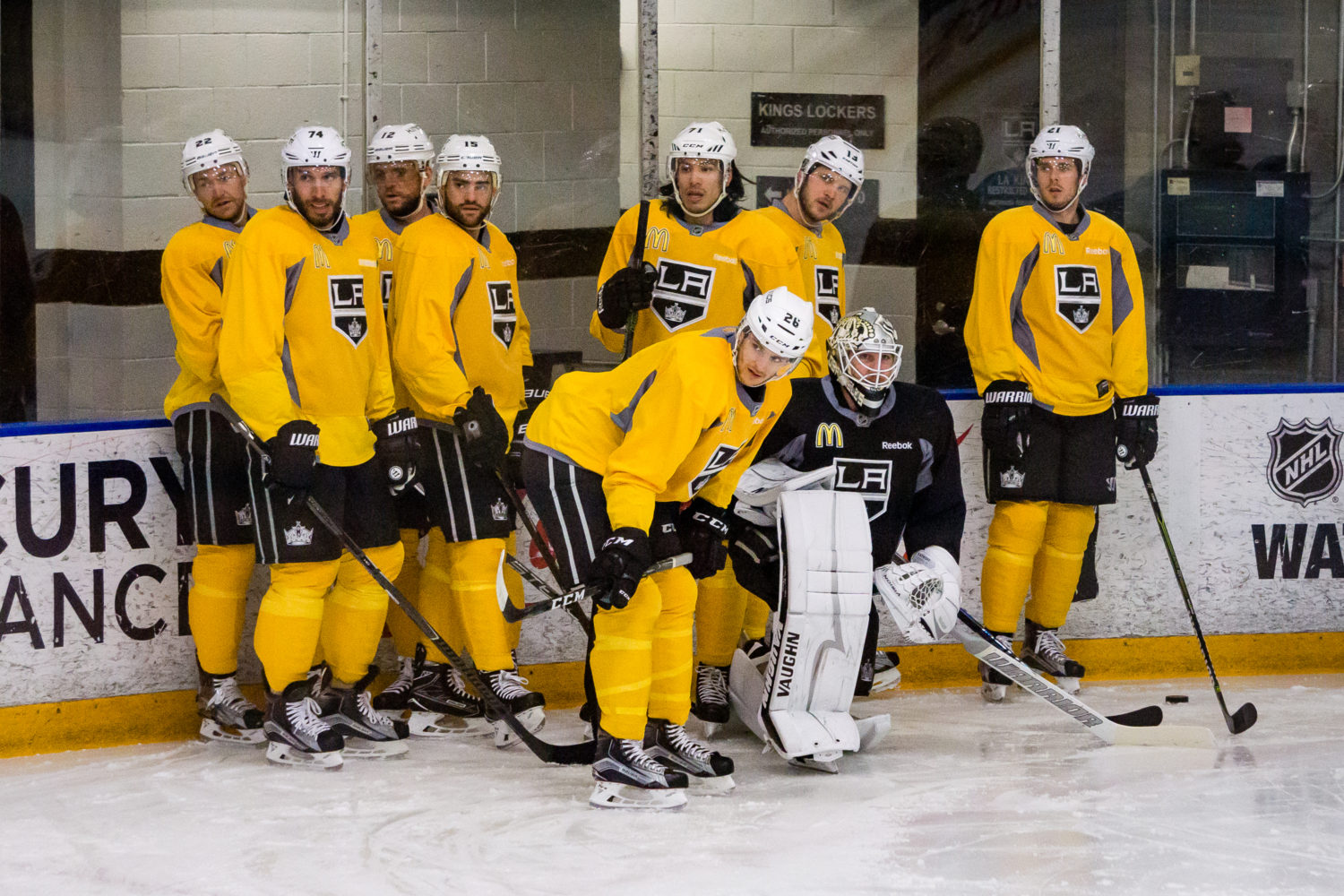 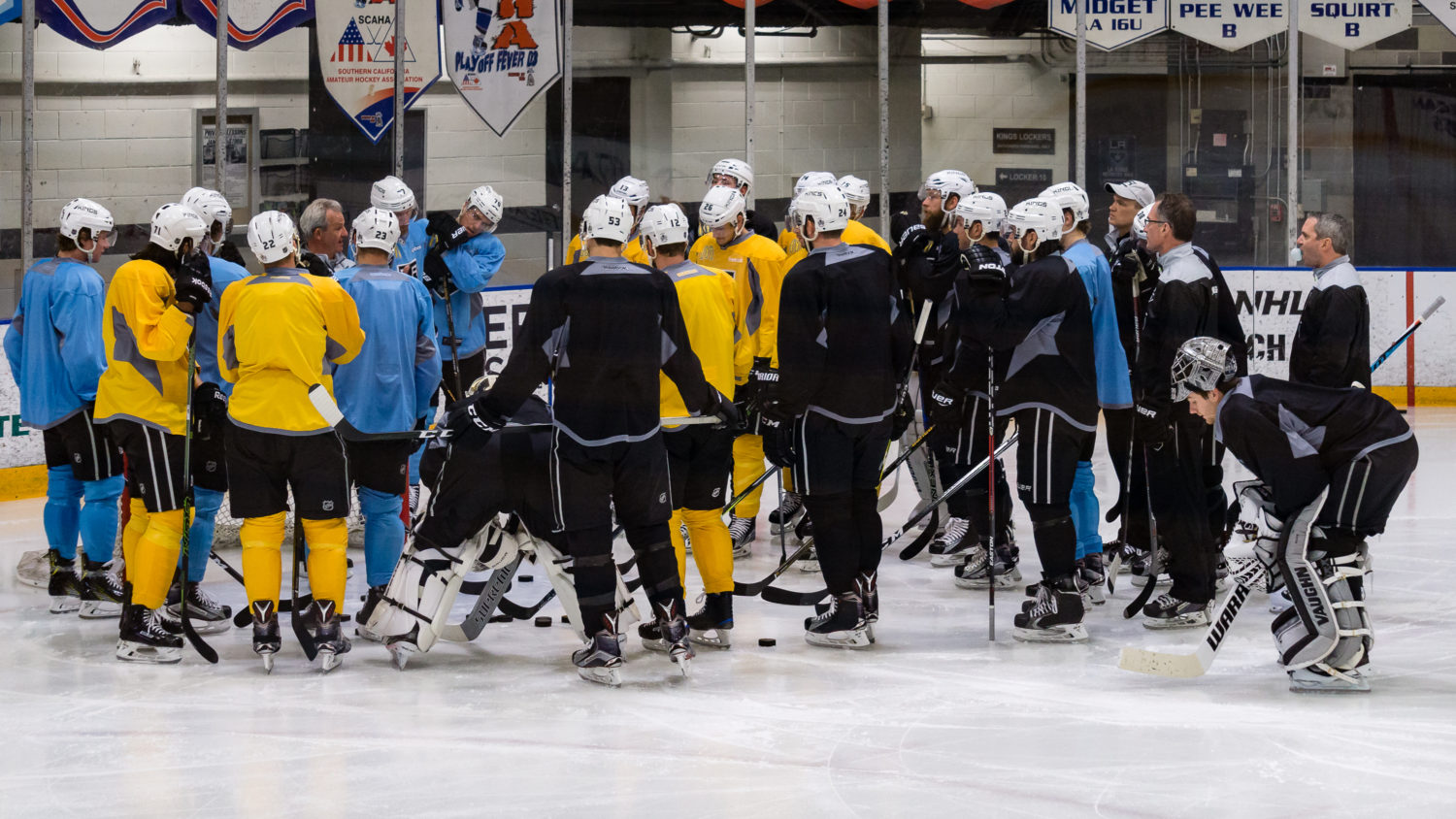 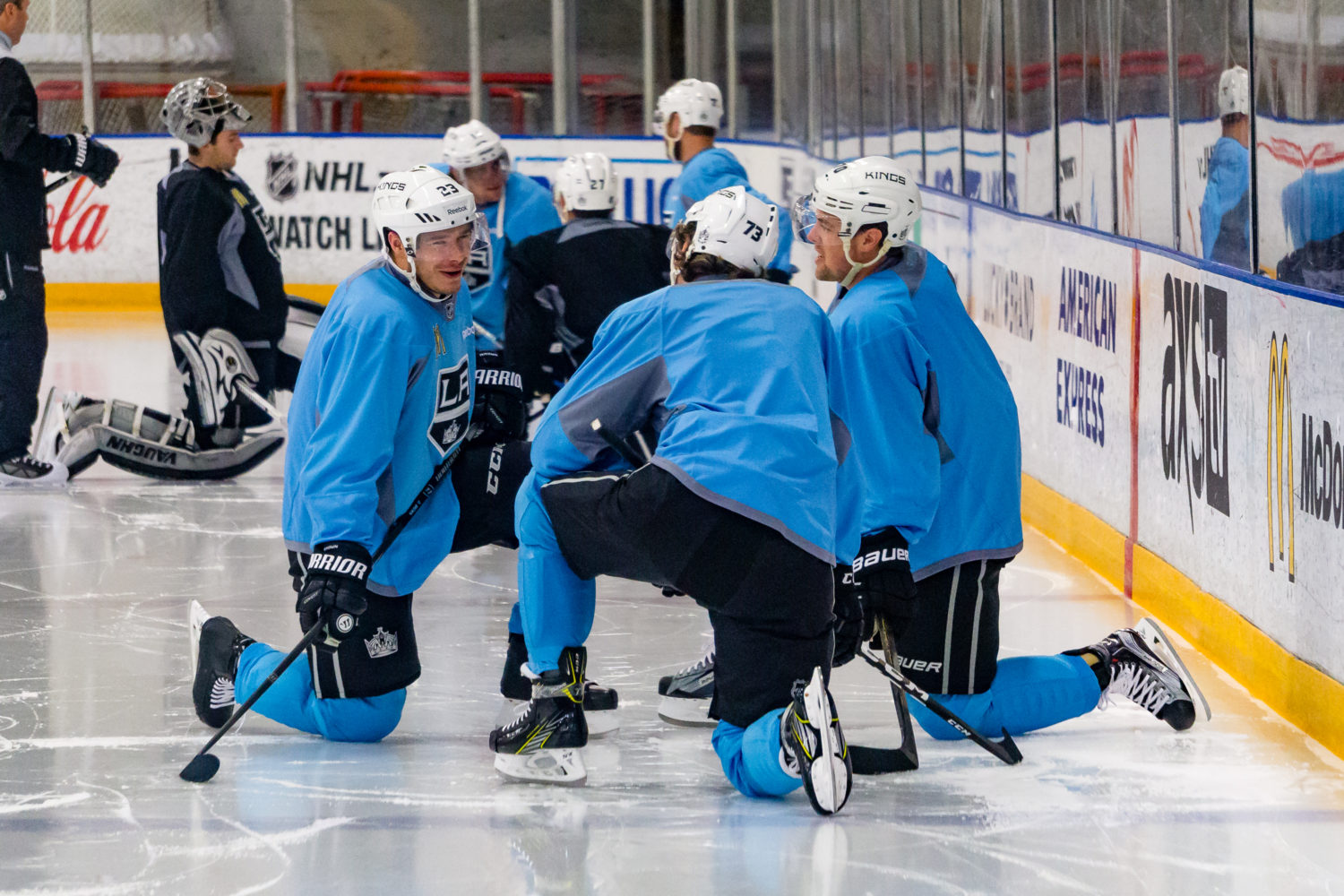