After a weekend spent resting, rehabilitating and recharging, the Los Angeles Kings returned to the ice as a full team on Tuesday, some 21 hours after All-Stars Drew Doughty and Jeff Carter were given time off and were absent from an icebreaking practice.

It was as typical of a morning skate as could be. Rushes and drills were held, a hint towards tonight’s lineup was tipped, and after getting some work in, the players retreated to the dressing room, showered, and returned to the hotel for an afternoon nap in advance of the second of five games between the Kings and Coyotes this season. Los Angeles enters play tonight one point out of the second Wild Card spot and with three games in hand on its holder, Calgary.

“We need to win hockey games,” Drew Doughty said. “We’re one or two points out right now and we have a few games in hand and we need to use those to our advantage. If we’re not winning them, we’re not using them to our advantage, so we’re just looking to win these next two games and then we go on the road trip again and we want to win all of those before our five-day break, so we’re just kind of looking to leave it all out there.”

That has proven to be a challenge at Gila River Arena, where the Kings have emerged from a difficult stretch yet still sport a few bruises and blemishes that they’d like to wipe away. They’ve won four of five road games in the series but have often strayed from their typical, tight-checking, low-scoring styles in doing so. Los Angeles has allowed at least three goals in eight of their last 10 visits to Glendale and won their only appearance in the desert this season after allowing a goal 15 seconds into the game and relying on a sturdy backstopping performance from Jeff Zatkoff, who denied 25 of 26 shots after replacing Peter Budaj to start the second period.

“We’ve had a lot of games in here that are funny games over the years, and none of them are very pretty in here,” Darryl Sutter said after the December 1 game. Los Angeles has shown signs of turning the corner in its fortunes on West Maryland Avenue after compiling two wins in eight visits between March, 2013 and January, 2016.

“It’s just dead in there. No atmosphere,” Doughty said of the difficulties of facing Arizona on the road. The Coyotes rank 29th in average attendance and percentage of building capacity, according to ESPN.com.

But not all buildings are going to be as supercharged as Montreal’s Bell Centre or Chicago’s United Center, and visiting teams are going to have to find ways to battle through the odd vibe – much as the Kings did in turning a dull, deadlocked game into a 3-0 win in their previous outing at Carolina last Thursday. (The Hurricanes rank 30th in average attendance.)

In looking to spur some of that energy and motor, the Kings will turn towards a playmaker who missed the last three games with a lower-body injury. Nic Dowd, who enters play Tuesday with four goals and 16 points in 42 games, was a regular participant in line rushes and appears set to return to the lineup against the Coyotes.

The days off afforded by the All-Star break came at the best possible time for the center who was on the verge of returning to the lineup prior to the recess.

“It was perfect for me. I got really lucky with that, those extra three days are huge,” Dowd said. “I think certain points of the season I might’ve missed two games in those three days, so it was nice to just be able to relax a little bit and give it some time to heal.”

His attention was also on the larger picture.

“I think we’re one or two points right out of the wild card right now, right out of the playoffs, so I think these games before this 5-day break we have coming up – well, actually before this road trip – give us a great opportunity to get back in a playoff spot before we go on the road and play in some tough buildings away from home.”

Drew Doughty, on which stadiums he feels he plays the best, other than Staples Center:
I like playing in San Jose. I like playing in Anaheim. I like playing in Montreal. I’m sure there’s a couple other arenas I’m not thinking of right now, but there’s definitely arenas where before you go into the game, you know you’ve played there well in the past and you tend to continue to play well in that building and then there’s definitely buildings where you’ve played poorly in the past and you unfortunately play poorly again. [Reporter: You’ve said that before about Chicago, do you still feel that way?] No, I like Chicago now but that was earlier in my career when we used to get smoked by them all the time and now that we got better, we do a little better down there. But I really like that arena, now.

Doughty, on whether he knew Mike Smith well before the All-Star weekend:
Yeah, I hung out with him at the Olympics the one year, so I know him from there and then obviously talked to him quite a bit at the All-Star game, so yeah, he’s a good guy.

Doughty, on whether it’s easy to be friendly with rivals in the Pacific Division:
Yeah, you just put it all aside. You know a guy like Joe Pavelski, me and him, we battle pretty hard every single game and we act like nothing happens when we see each other at the All-Star game. We talk a lot, talk about golf, whatever it is. Yeah, you put all those things aside. We’re all professionals and we know that what we’re doing is a job and that’s the only reason we do things that maybe we shouldn’t, is because it’s a job and you want to win.

Nic Dowd, on the process of getting back to game shape:
Well obviously it sucks being injured. I think if you ask anybody that, especially with something that really doesn’t have a timetable, you know, it’s more of a comfort and feel. That’s always challenging. It’s good we got those two wins right before break, that was huge for our team. I thought the guys played really well. I was able to watch and try to soak in as much as possible.

Dowd, on his injury, whether it was just an awkward bump in the corner:
Yeah it was actually up at the blue line right by their benches. Just a weird thing, just got bumped and just a weird injury. You know, it was something that probably happens 100 times a game, you know? 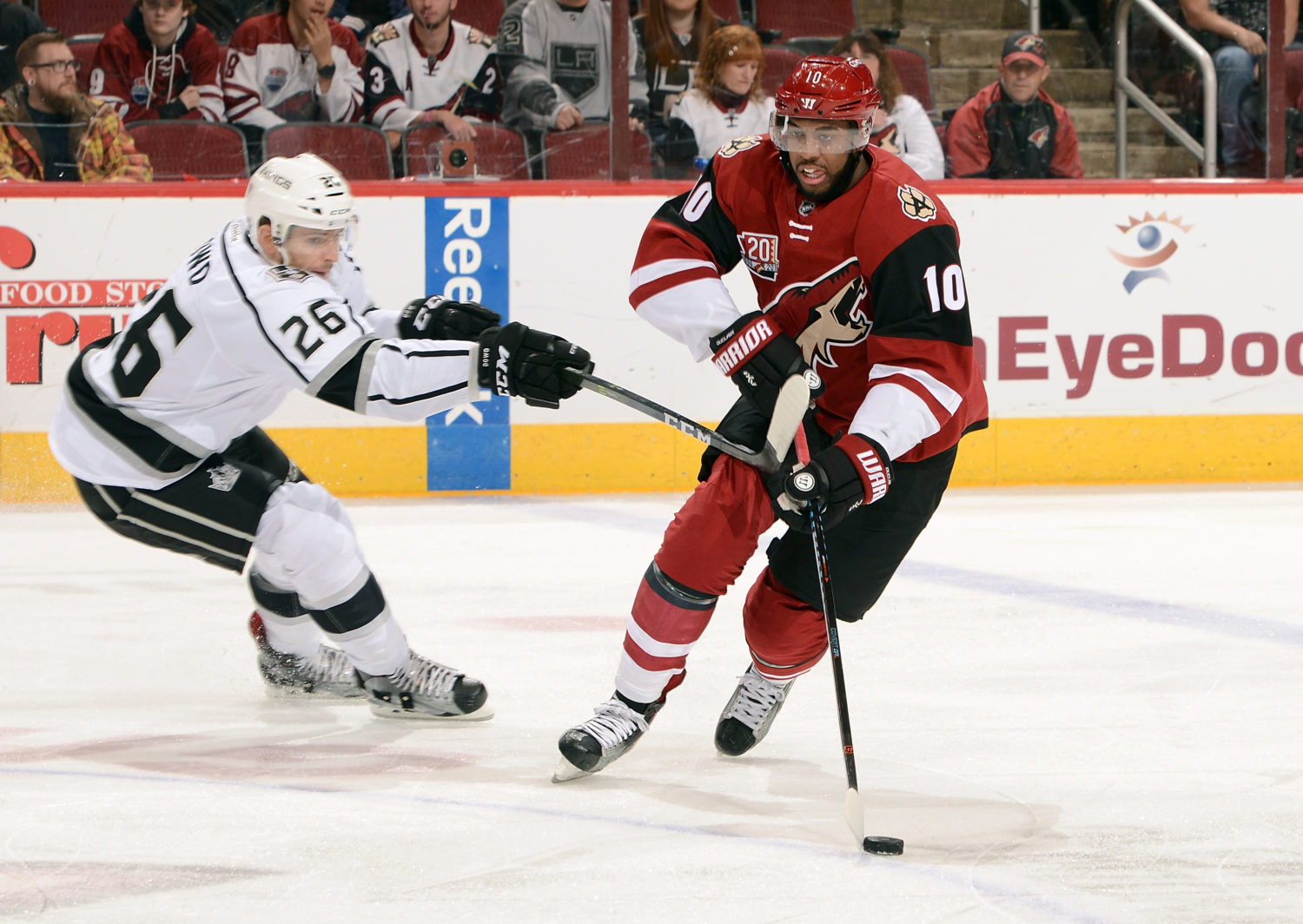