If I cut and pasted another WUWTK from a different part of the season, or another season altogether, would anyone notice? When the Rangers scored on their second shot, and you looked up at the scoreboard to see that the Kings had already taken 10, the immediate and obvious thought was “We’ve seen this before.” The mid-first period go ahead goal was the typical sequence when a goalie at one end makes a string of strong saves before that team advances up the ice and scores a goal. In yesterday’s case, that was Henrik Lundqvist’s succession of saves on Alec Martinez’s deflected point shot and Jeff Carter’s rebound putback, and then at the other extreme end of the ice, a turnover that proved costly and disrupted Los Angeles’ strong start. Brayden McNabb dealt with a forecheck, but nothing that should’ve really disrupted his exchange with Nick Shore. I wonder if Shore was a bit deep in the zone – Los Angeles’ systems necessitate the center veering deeper into the zone than other teams when receiving an outlet pass – when that pass handcuffed him. He wasn’t able to handle it, and as Kevin Gravel stepped into the low slot, he may have provided a screen for Jeff Zatkoff when Brandon Pirri unleashed his shot from the mid-slot. And, lo, the wheels were set in motion where Monday’s game became One Of Those Kings Games. The game, though, wasn’t even typically representative of the team’s second-ranked possession metrics and 25th-ranked shooting percentage. Off cursory recollection, Los Angeles appeared to be more dominant than any other game this season in their ratio of Grade A/B chances versus their opponents’, not just in shot attempts, and lost to New York because they were unable to establish a first period lead when dominating play, and because Henrik Lundqvist stole two points with an outstanding performance in net that continued to represent the resurrection of his 34-year-old season. But, speaking of the shot attempts, the Kings recorded 80 to the Rangers’ 35 (!). 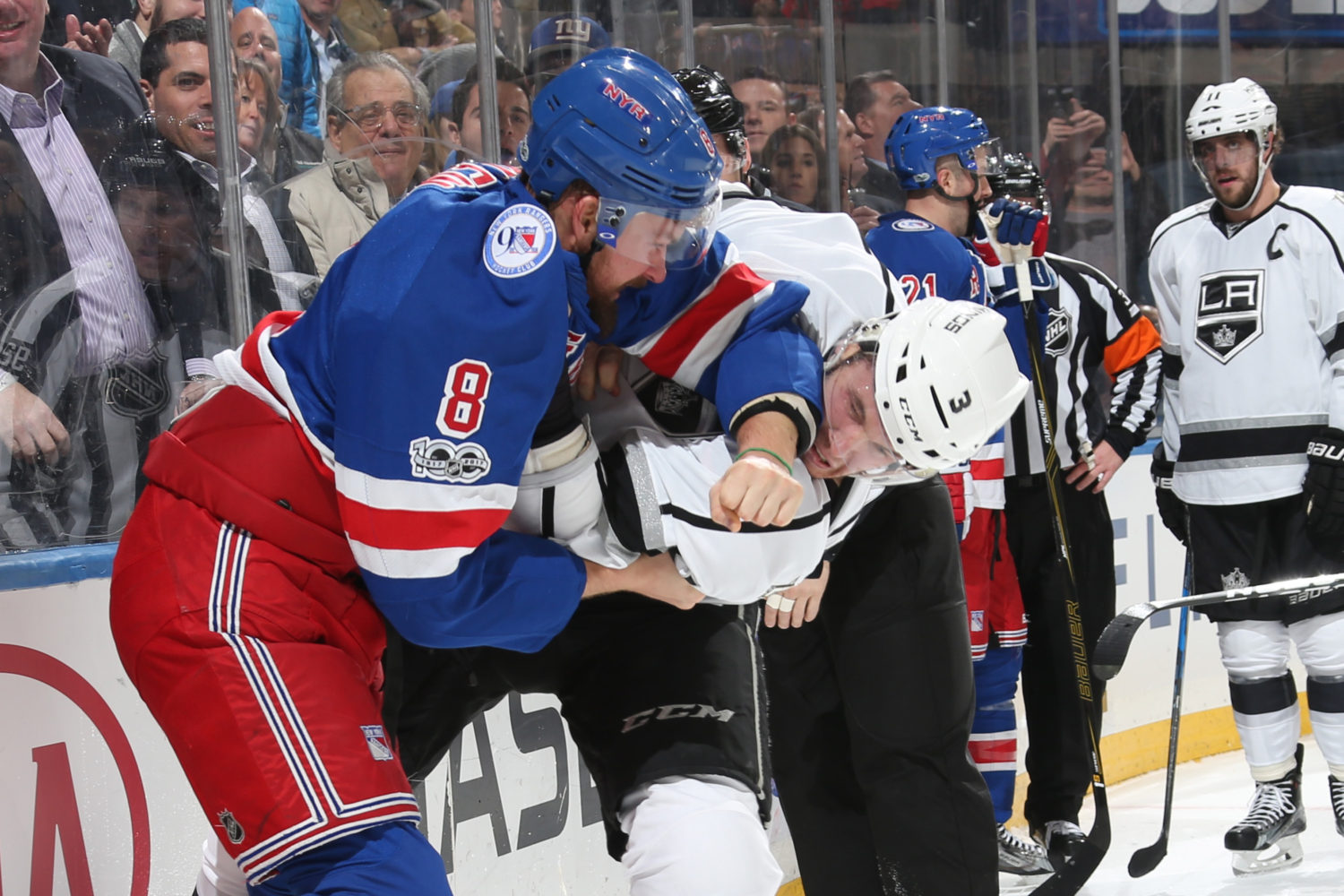 I understand what it means to be a fan of a team. I’ve written here before that I post on message boards for other teams and sports. I was spewing the hottest of hot takes after this year’s Michigan-Ohio State game. But I still roll my eyes a bit and dismiss any sort of observation that this is a Kings team that lacks drive or desire, or has checked out on its coaches and its system. That’s just an emotional (and ultimately empty) search for an answer of why this team is currently struggling, and last night’s game was the antithesis of any sort of “tune-out.” 98% of the first period represented as structured of a period and as representative of a buy-in as you’ll see all season. The Kings lost last night because, amongst other reasons, they lost the goaltending battle, and are in the standings doldrums because they have very little proven skill and scoring ability in their lineup. Anze Kopitar’s play is obviously a big factor, too, though there are other variables (health, linemates, etc) that impact his diminished returns this season. This is probably a situation where it’s good that the team has little time to dwell on last night’s loss and jumps right back into action against New Jersey. 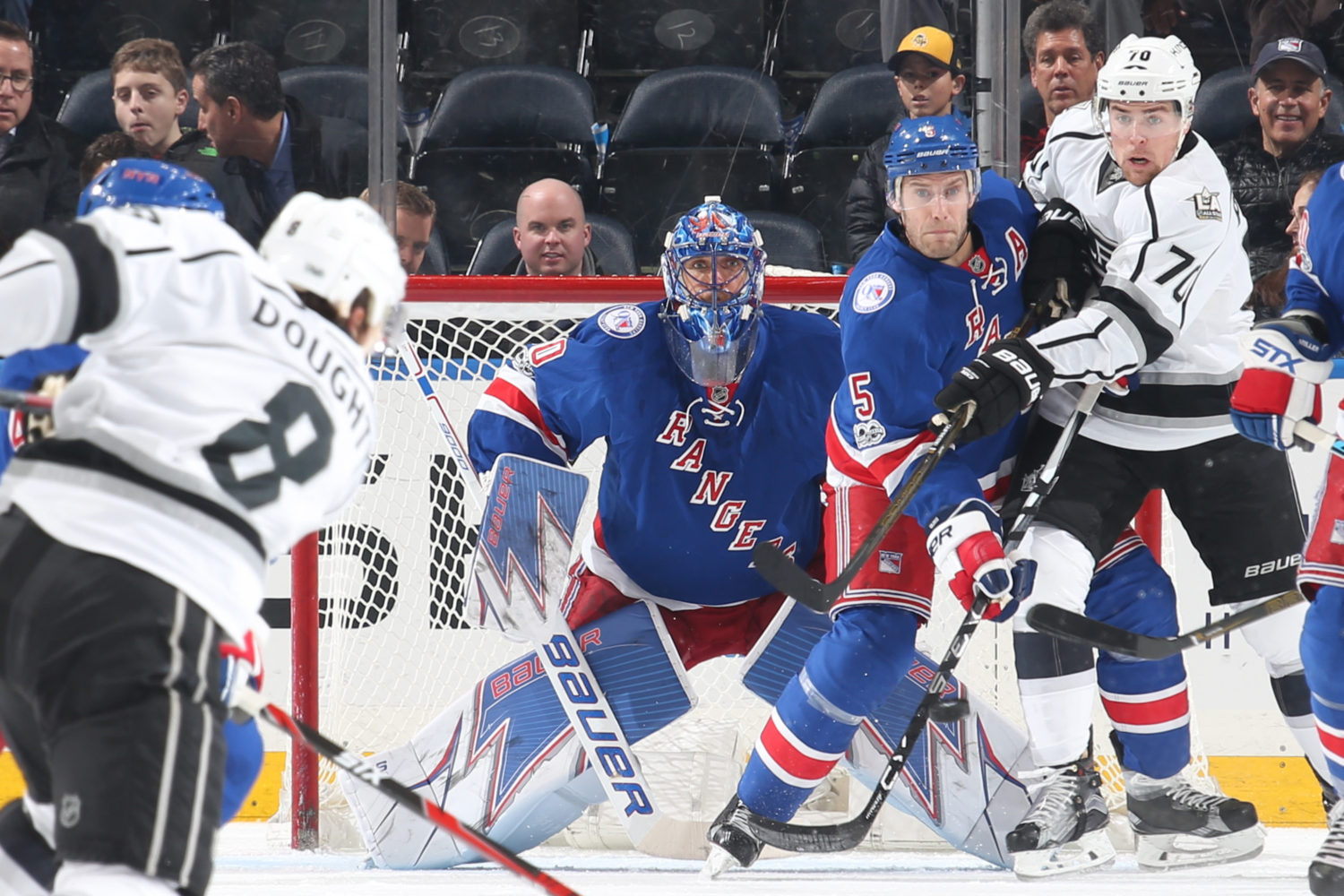