Trying to spur a rise in the standings, Kings look east

In this compacted 2016-17 season, in which the Los Angeles Kings played nine consecutive road games and recently completed a seven-game home stand, it is time to again get some mileage out of suitcases and travel bags as nine of the next 10 Kings games will take place away from Staples Center.

This unholy balance, which necessitates another seven-game home stand later in the season, is a streakier way of playing all 41 home games and all 41 road games. There is no way around it for a team that enters Friday night action one point out of a playoff berth, but with three games in hand of the top wild card team, which holds a three point advantage in the standings.

Those two teams directly above them, the Calgary Flames (48 games, 51 points and Nashville Predators (45 games, 49 points), met Thursday night at the Scotiabank Saddledome, a 4-3 Predators win. The Kings, a combined 3-0-0 against those teams this season, won’t face either until February 28, their first of two Saddledome visits this year.

That’s not of particular concern for the man principally tasked with getting the most out of his players during a portion of the schedule in which the team will visit the East Coast two separate times, bridged by a back-to-back against the Coyotes and Avalanche after the respite of the All-Star break.

“We’re playing four really good hockey teams [on this trip], so I would say that’s way more important than anything else,” Darryl Sutter said.

And that’s true; the most important game is the next one. That’s Saturday night in Brooklyn, where the Kings will face an Islanders team that won its first game under Interim Head Coach Doug Weight and will send former L.A. farmhand J-F Berube into the crease. Nearing the point in the season where games naturally take on a raised intensity and focus, there are an awful lot of games ahead against teams the club isn’t chasing or trying to fend off.

“The position that we have in the standings, it’s obviously time for us where you’ve got to put together a string of wins,” captain Anze Kopitar said. “To be playing against the East Coast teams now, those are obviously extra points that you have to have at the end of the day. It is what it is, but we’ve got to climb the standings. And you know to do that you’ve obviously got to win games, so that’s it.”

Los Angeles has traditionally fared well in greater New York under Darryl Sutter. They won the 2012 Stanley Cup over New Jersey, the 2014 Stanley Cup over New York, and are a combined 7-2-0 on the road over the Rangers, Islanders and Devils over the past three seasons. Of course, a trip to Raleigh, North Carolina, where the Hurricanes are 15-4-1 this season, punctuates the Metropolitan Division swing.

Historical precedent means little for this current team, which features evolved circumstances and personnel. They will still have to earn points from important road games next month against non-rivals such as Washington and Florida, amongst others.

“We weren’t too happy obviously with what we’ve done at home lately, so now we’ve got to go on this road trip obviously focusing on the first game, but at the same time being determined to try to win every single game,” Drew Doughty said. “We’re battling for a spot right now. We’re going to be pedaling right to the end of the season because of the spot we’ve put ourselves in, so it’s time to get on some rolls. I know we’ve been saying that for a long time, but there’s no more waiting around. Everyone needs to step up their game and as a team we need to step up our game, too, obviously.”

To get to where they want to be, they’ll need to pick up the points pace after a disappointing home stand resulted in three wins and four losses, a stretch that the team is both cognizant of and influenced by, but wants to move past through actions instead of words.

“I guess you can look at it both ways,” Doughty said. “It definitely influences us going forward here. We know that we kind of underachieved these last five games or whatever it was. We should have done better than what we did, so we can use that as influence to kind of drive us to realize that we need every single win right now, and then at the same time you just kind of let it go past you and move on to the next game and focus on the next opponent. Yeah, just focus on the tasks ahead, basically.”

Anze Kopitar, on whether he feels the schedule is tougher this year than years before:
Well, we just had seven at home, so when you have stretches like that you know eventually you’re going to have to go on the road and that’s how the schedule sets up. It’s nothing that we haven’t faced before, so it’s not a big deal.

Kopitar, on whether the New York road trip is one of his favorites of the season:
It’s nice to obviously mix it up and to go on the East Coast for a little bit and hopefully we can put together a nice road trip here.

Kopitar, on the focus of the morning practice:
Yeah, it’s early but at the same time we’re trying to get ready for a three-hour time difference, so it’s just getting into it after a day off. Get the body moving, get the juices flowing again, and again, get ready for the East Coast.

Drew Doughty, on whether the New York road trip is one of his favorites of the season:
I don’t know, it’s alright. You know a lot of people love New York and stuff like that, not that I don’t like it, but it’s a little too busy for me. I’m not all about that — I think I’d be stressed out the whole time I was there, so I can go without that. 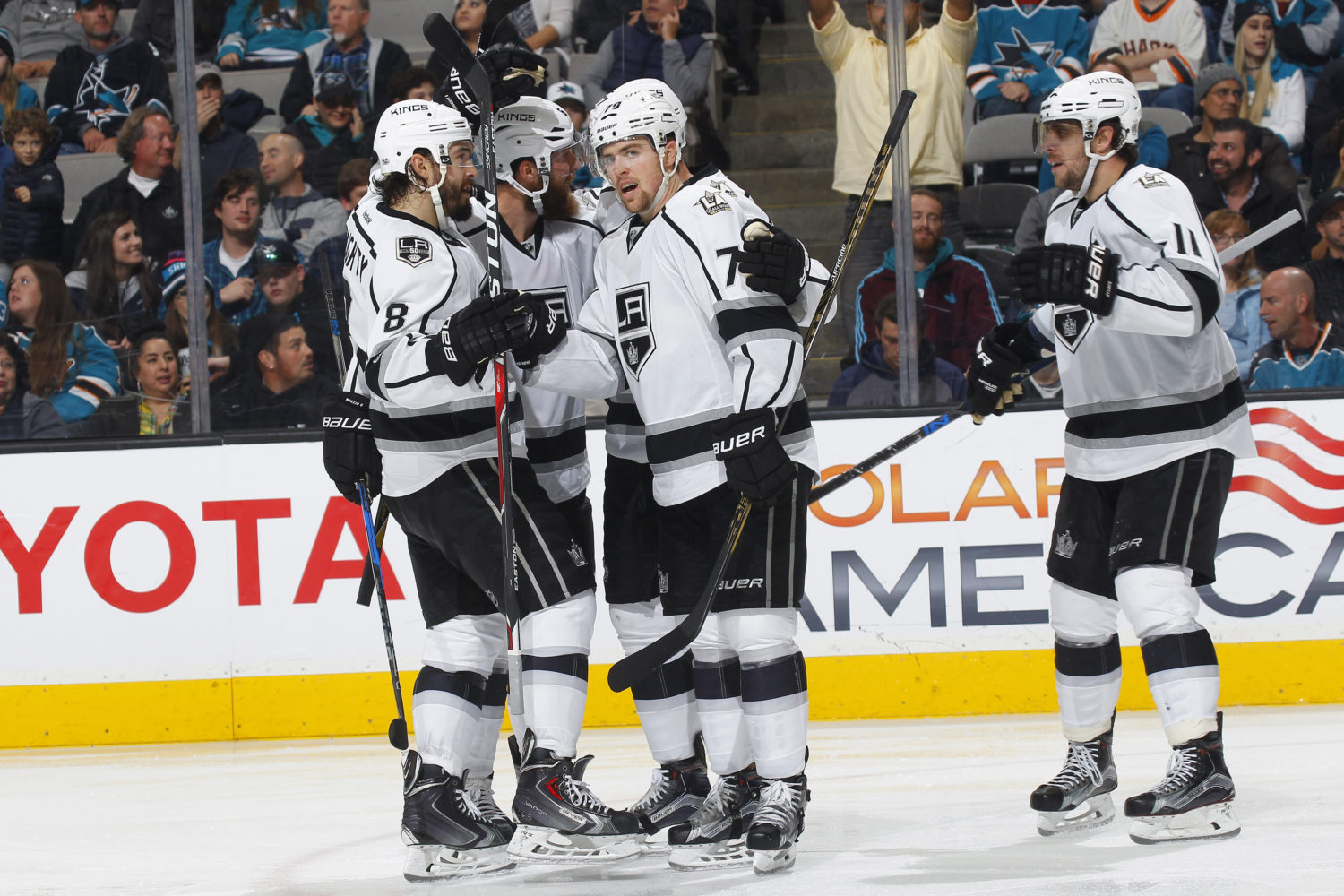