If you watched Kings Live on Monday night, you caught Jarret Stoll joining Patrick O’Neal and Sean O’Donnell as part of a knowledgeable trio relaying team news and analysis in advance of that night’s game against the Dallas Stars.

It was the personable Los Angeles alum’s first appearance on the pre-game show. But less visible from his television appearance are the steps Stoll has taken to shadow the team’s development staff in a somewhat hands-on capacity that has brought him to Ontario a small handful of times, where he has taken the ice with Reign coaches and players as part of a learning-as-he-goes endeavor he referred to as an “internship.” There’s not a great deal of structure yet or title attached to this opportunity, and Stoll, whose primary focus is to continue playing in the NHL, hasn’t officially been hired. It is simply an open-ended introduction to the type of work that goes into developing young hockey players – primarily centers at the faceoff dot.

“Dean gave me a great opportunity to come back in and help some of the guys out in Ontario and just hang around the team there a little bit more and start coming to some games here,” he said. “It’s awesome, I love the game, I love watching it, I want to be around it and it’s good to go down there and hang out with those guys.”

The 34-year-old has not retired and remains in strong playing shape. Again, his desire, first and foremost, is to continue an NHL career that to this point has yielded 144 goals and 388 points in 872 games, as well as the 2012 and 2014 Stanley Cups. 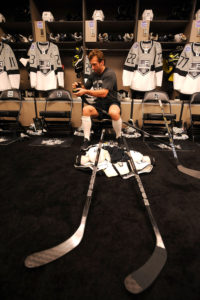 But he is unsigned as of January 11, and as a veteran player with a high hockey IQ who was a member of Los Angeles’ leadership committee while visibly serving as a representative of the club’s community and public relations outreach, it did seem conceivable that there could, once his playing days concluded, return to the organization in a capacity similar to that of other alumni who’ve also lent their talents to the club’s hockey and business portfolio.

“There are certain things I would like to do and obviously they all involve staying in the game,” Stoll said. “Coaching – yeah, I would love to do that in some aspect. I think developing players on the development side of coaching is more of what I think I would want to do. Traveling around, trying to make the guys feel comfortable, feel welcome, feel part of the organization, stuff like that. You don’t want a kid that doesn’t feel like he’s part of the organization or part of the team alienated, so to speak. I think more on the development side is what I’m looking for.”

Hockey operations also enjoys the center’s fresh approach. Only nine months removed from lining up against the likes of Jason Spezza, Cody Eakin and Radek Faksa in a playoff series, Stoll, who attended training camp with the Columbus Blue Jackets, has imparted his knowledge and techniques on faceoffs and interpretations of game situations to the developing players he’s shared the ice with in his limited work in Ontario.

“I knew he was a valuable guy when he was a player, but we have the luxury of having him at our disposal and he was and is one of the best faceoff guys and has had a great career and won a couple Cups, so it’s just nice to have a guy like that around,” Reign Head Coach Mike Stothers said. “It’s just an extension of our development crew and whenever we can utilize his skills in certainly that area, which is faceoffs, it’s great for the Amadios. But you know what? You see the guys like Crescenzi and Sutter and Hensick, they can’t wait to get out there and take some faceoffs. I think it’s good for everybody. He’s a good guy to have around.”

Center Andrew Crescenzi didn’t want to share any of the secrets of the trade he picked up from the veteran, but did acknowledge the desire to learn from one of the league’s more venerable faceoff artists of the last decade.

“Obviously he’s one of the best centermen that’s ever taken draws in the NHL so you’ve just got to pick his brain, and any pointers or whatever, you just listen to him because that was his role and he did so well at it,” Crescenzi said.

Stoll referenced “carpooling” to the Inland Empire with a development staff that also includes Kings alumni in Nelson Emerson, Glen Murray and Mike Donnelly. And while he’s still hoping that the point will be moot by virtue of a playing offer, he’s also testing to see whether this new opportunity, and these new responsibilities, might ultimately be appropriate for him.

“I think there are certain guys that [the Kings are] targeting, kind of watching closely,” he said. “Guys that could possibly get called up or maybe quickly be here and are close to becoming NHL players, so the spotlight’s on those guys pretty much and just watching certain things and what kind of players they are and what type of player the team needs up here, you know, to hopefully get them up here eventually. So it’s just talking hockey – hanging out and talking hockey – and watching the game very closely to see who’s consistent, who’s playing well, who’s not. Maybe a guy that they haven’t had their eye on closely surprises them, you know, start looking at him – just certain things like that.”

Stoll, on what he’s looking for when he watches games upstairs at Staples Center:
Well, I know how the team wants to play, needs to play to win. The system, the structure with Darryl and the coaching staff, I don’t think that’s changed. I think I know that hasn’t changed and how he wants the team to play. So you can tell pretty quickly in a game if the boys are off to a tough start of if they’re on top of their game, playing the structure, playing the system well, executing well — you can see that fairly easy up there and you realize how much time and space you have when you’re watching it up in the press box. I wish the game went that slow when I was playing. But it’s, yeah it’s good to see the game that way. Like I said, I love watching and I love being at the games and still being out of the game for not that long and to still be hanging out with a lot of those guys and friends with a lot of them still, being involved that way it’s good to support them and watch them and hope for the best for them. 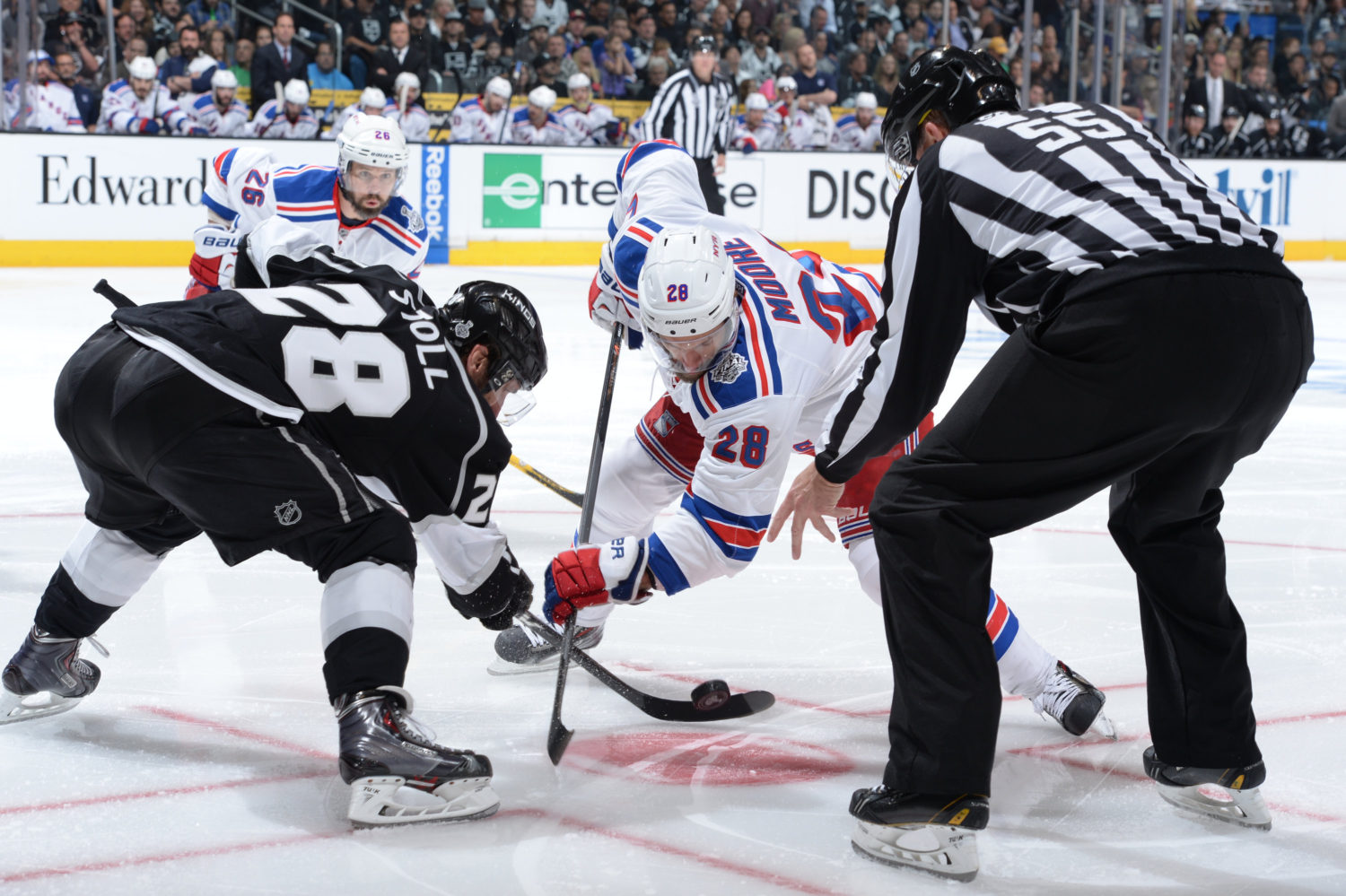