The NHL revealed the jerseys that will be worn at the 62nd NHL All-Star Game, which will be held at Staples Center on Sunday, January 29. These jerseys are now available for purchase at shop.NHL.com, the TEAM LA Store at Staples Center and the NHL Store in New York City. Within a week, they’ll also be available at “select local retailers,” including Lids Locker Room, Dick’s Sporting Goods and Fanzz. I’m not sure if “fanzz” is an actual word that you will find in a dictionary.

The colors of the jerseys pay homage to the various color schemes used throughout the Kings’ 50-year history.

Via the NHL’s release:

Each jersey features a band of stars that is reminiscent of the uniforms worn in NHL All-Star Games from 1989-91. Each of the 10 stars represents a decade in the 100-year history of the League. Four stars on the socks represent the four divisions in the NHL today.

The 2017 NHL All-Star patch is located on the right shoulder, while a full-color team patch for each player is found on the left shoulder. The custom font for the numbers and player names is inspired by the letters in the iconic HOLLYWOOD sign. Fans will be able to order player-customized versions of each All-Star jersey at designated retail locations during the 2017 Honda NHL® All-Star Weekend.

Photos, via Melynda Pilon and NHLI, courtesy of Getty Images: 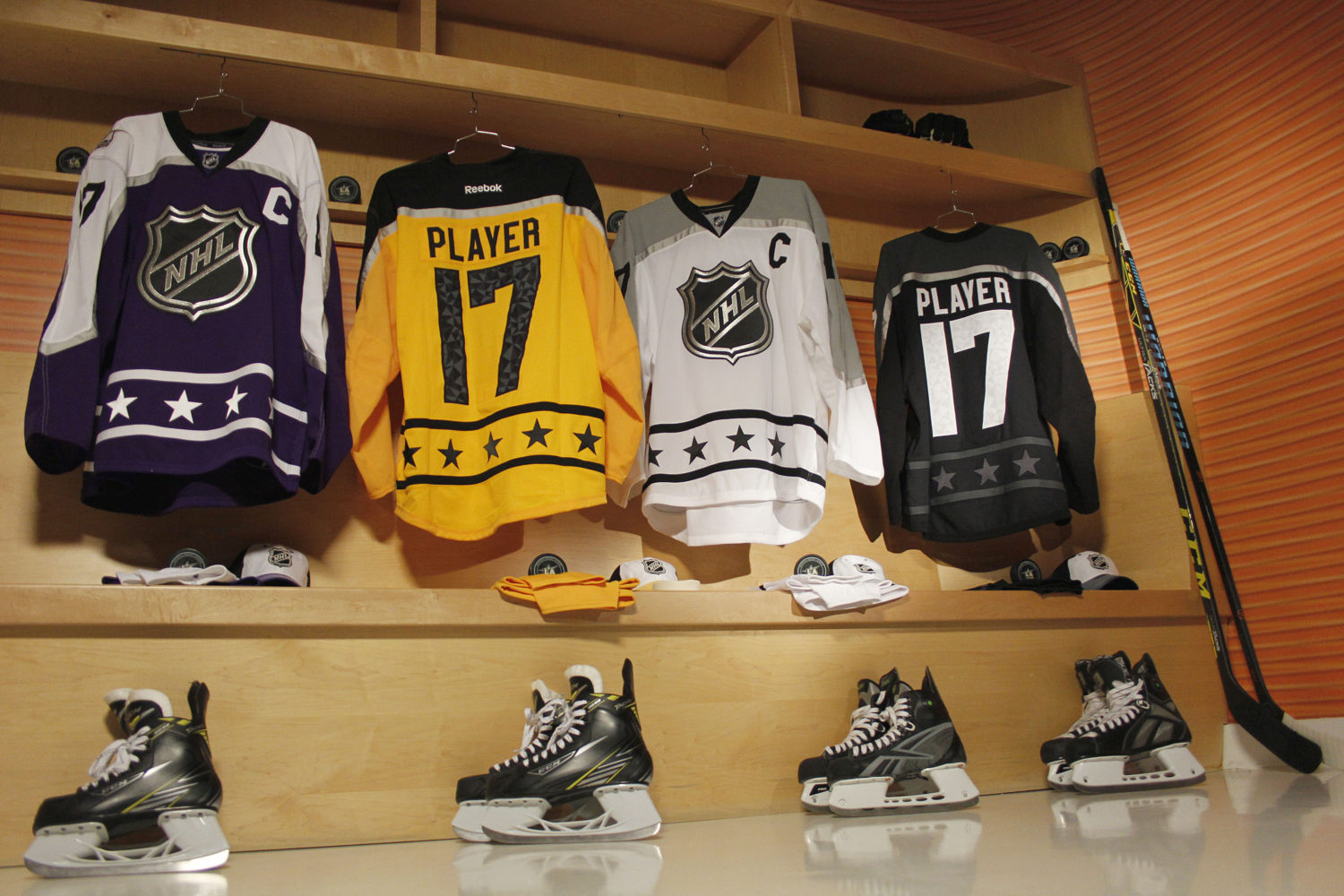 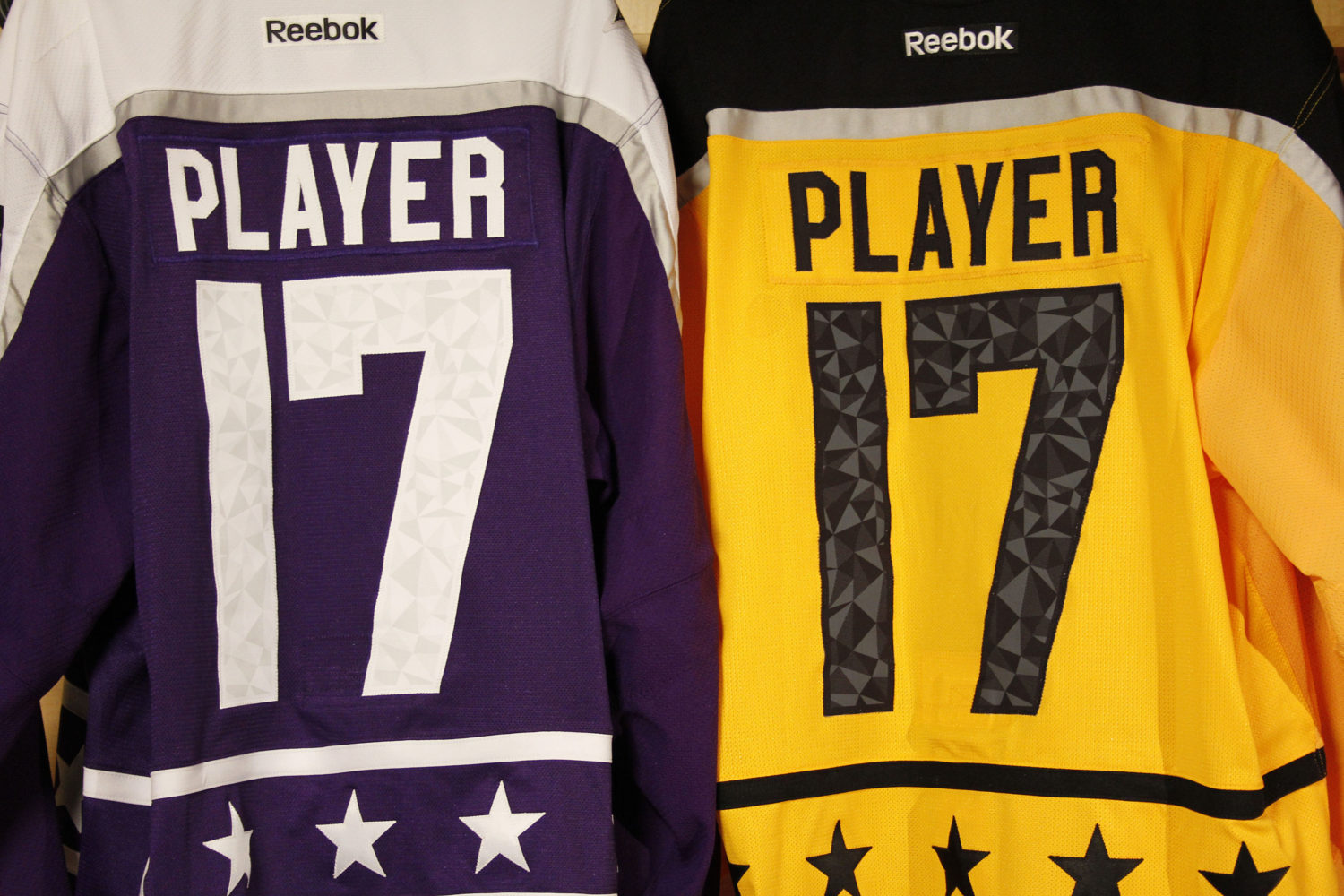 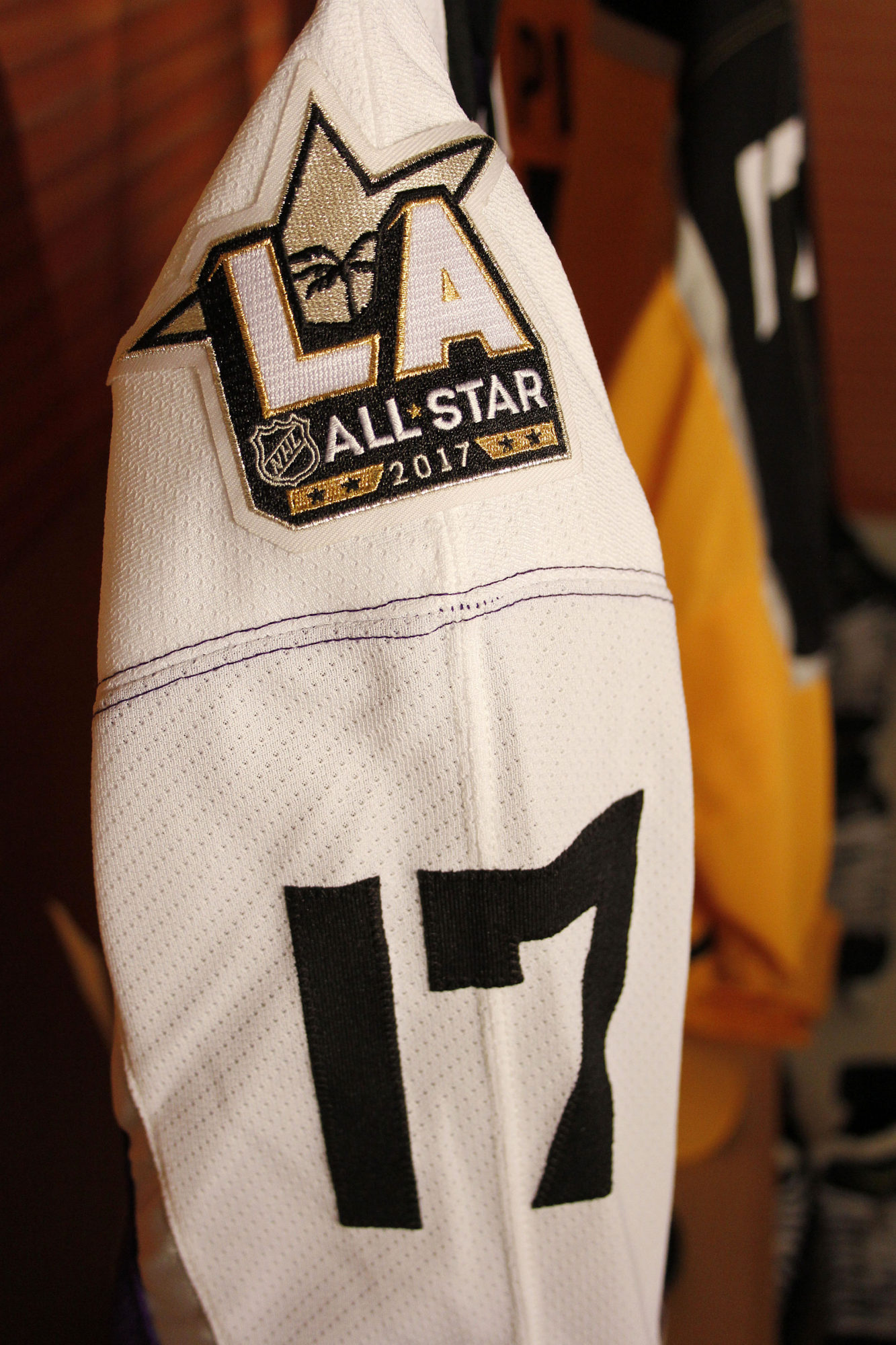 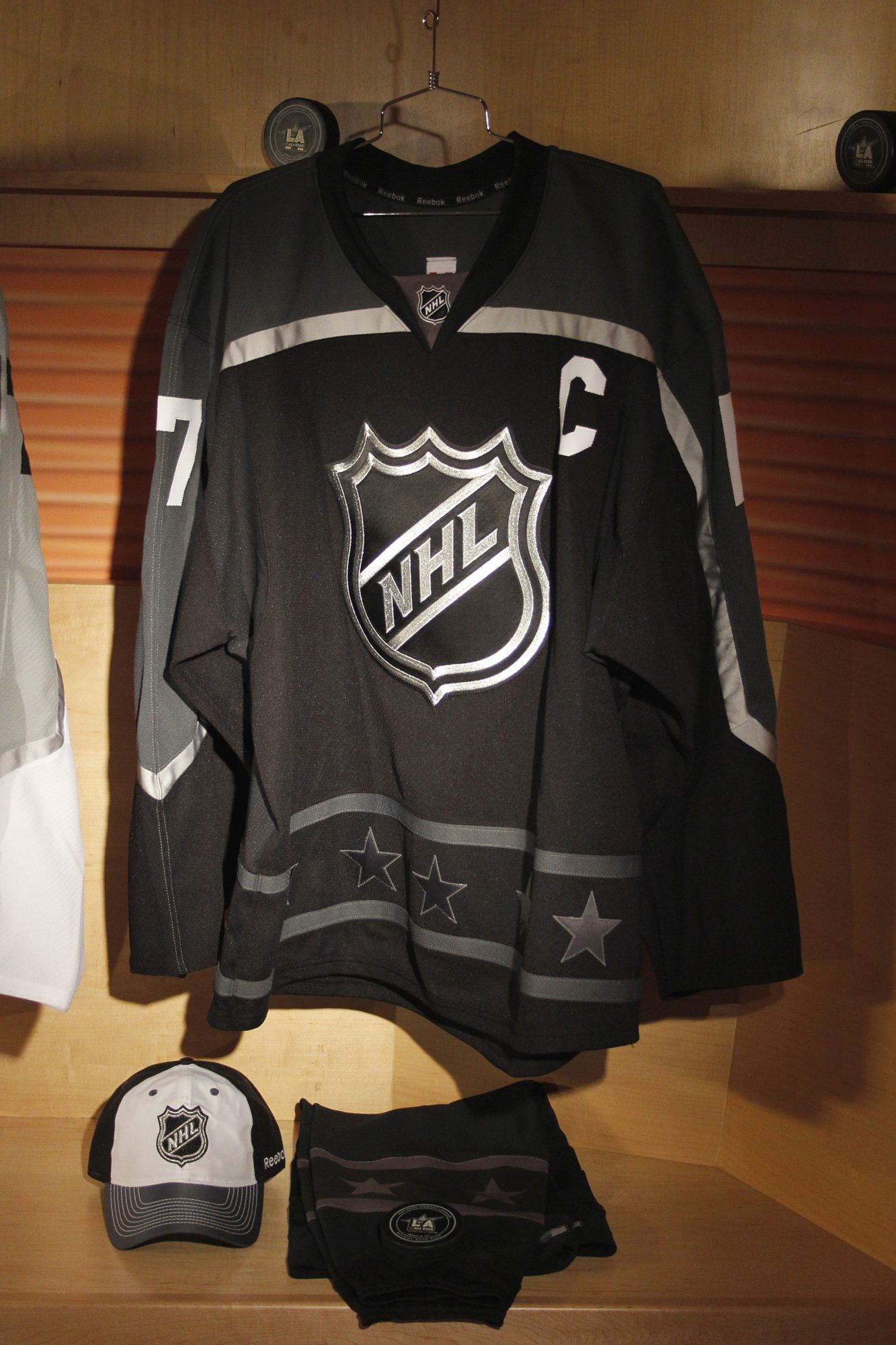 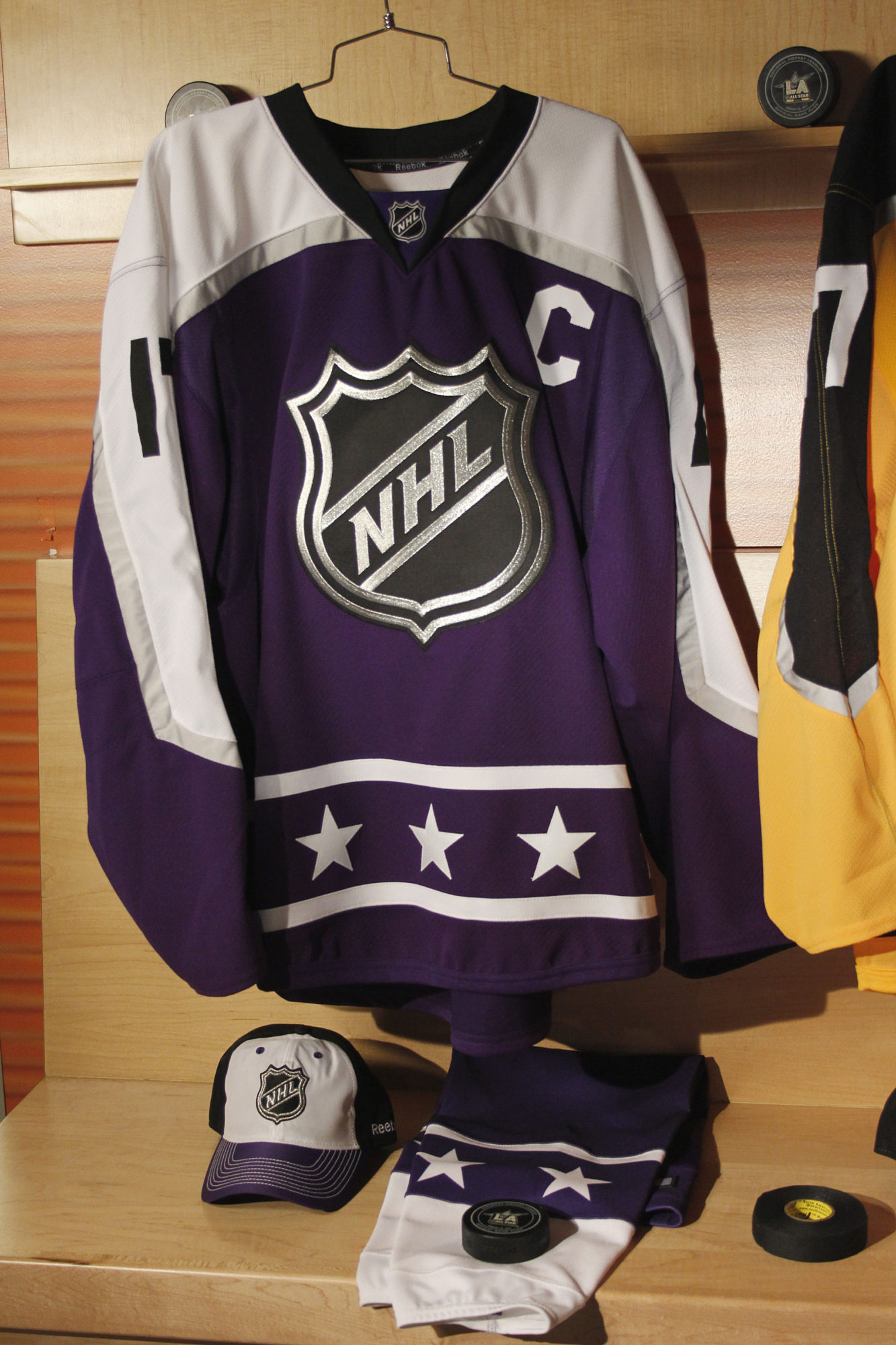 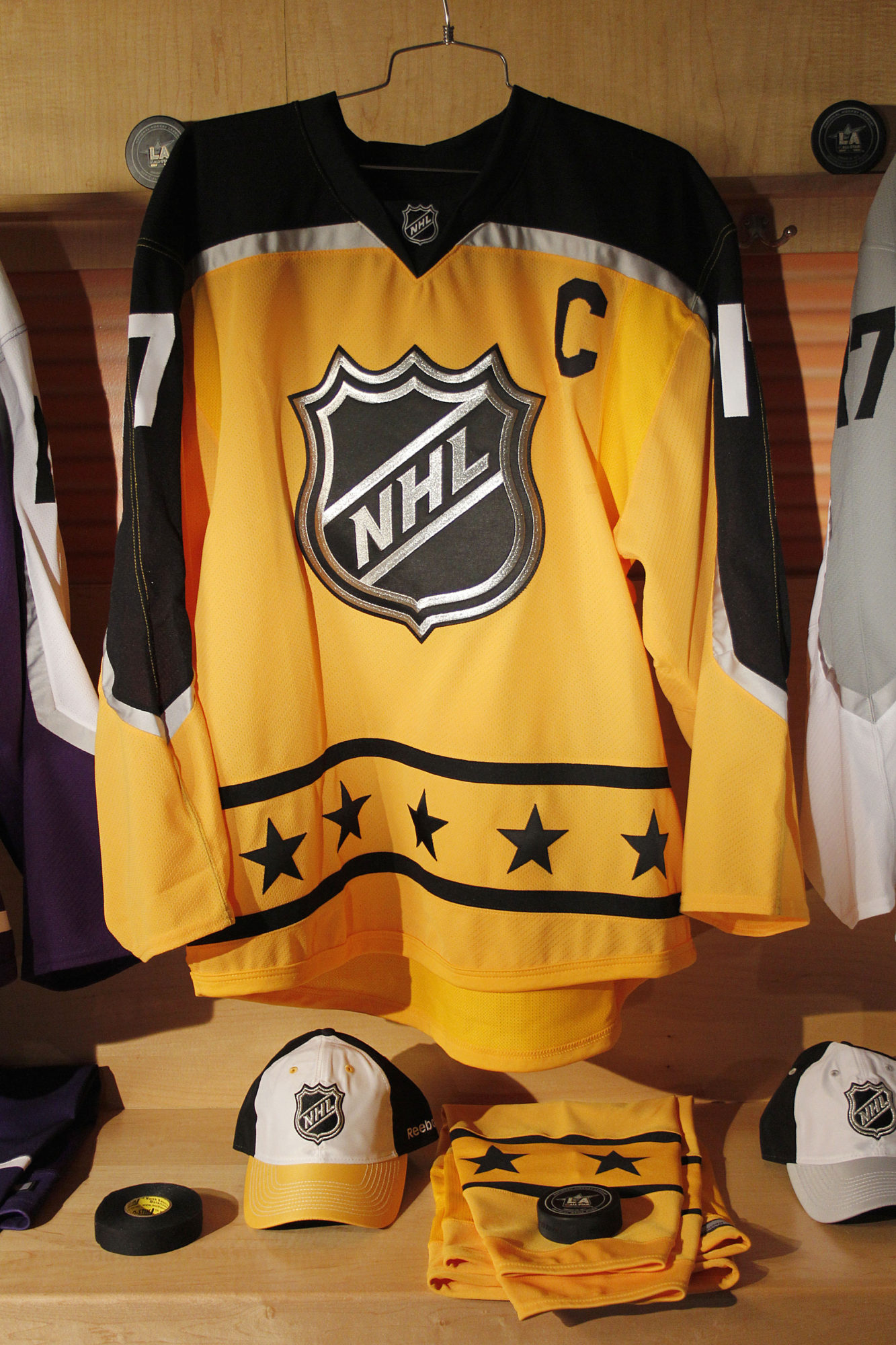 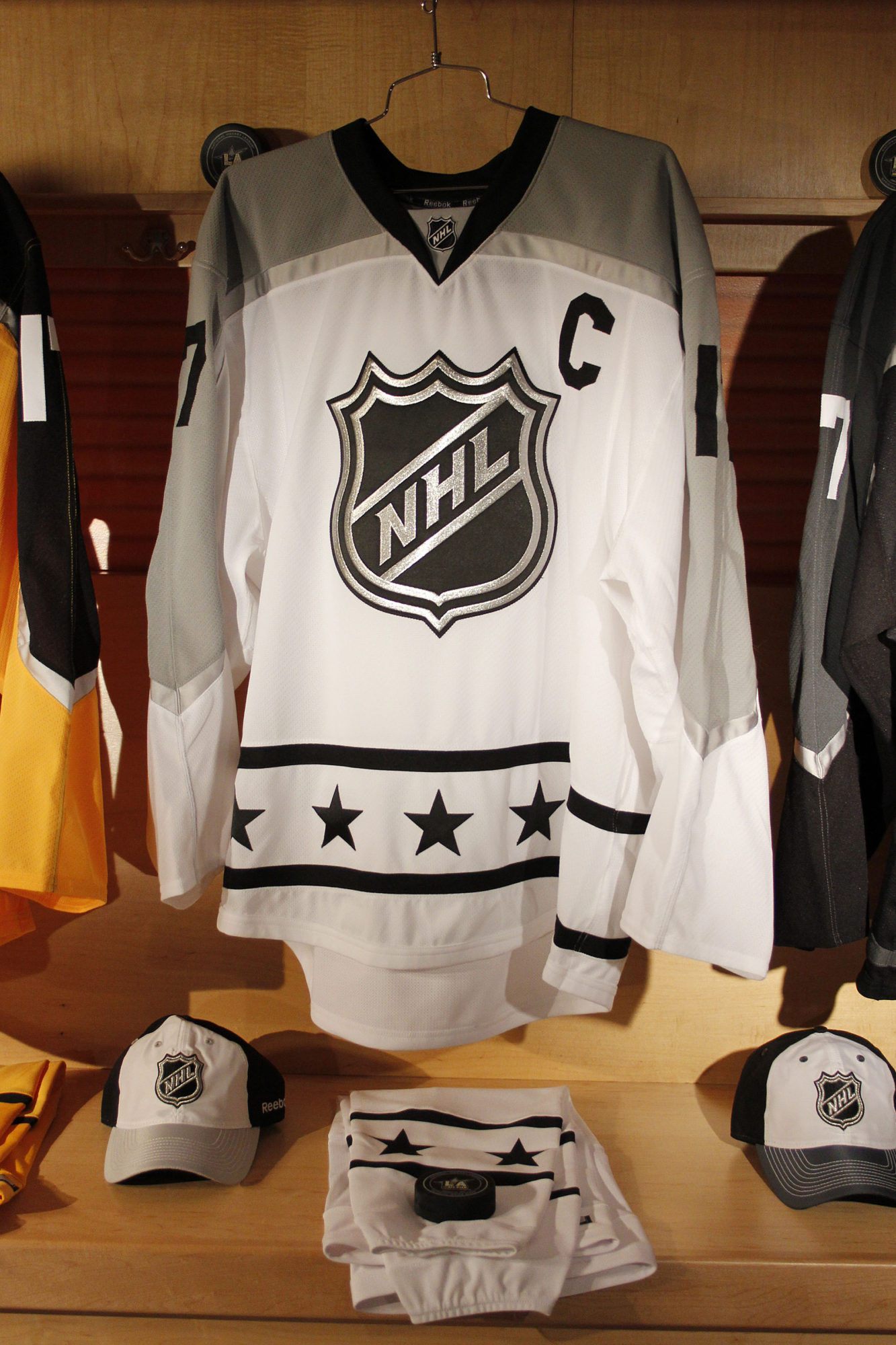