Good afternoon from Toyota Sports Center, where the Kings gathered around the white board at exactly 10:00 a.m. and held a practice in which they aligned as such:

-There wasn’t any movement up front or to the defensive pairings, which remained Forbort-Doughty, Muzzin-Martinez, McNabb-Greene and Gravel-Gilbert. Tyler Toffoli did not participate. As hinted at in the commenting section earlier this week, I asked Darryl Sutter about whether the combined minus-nine rating by Jake Muzzin and Alec Martinez Monday night was related to anything larger that he didn’t like, or a blip of a performance in which they happened to be on the ice while goals were scored. His response: “It was not just a Muzzin-Marty contribution. They scored five goals on us. One was a faceoff goal, all the other four were all possession plays. The last goal, the winning goal they scored, our goalie had the puck, gave ’em an empty net. They were all plays – not full possession – but plays where we touched pucks. It’s not necessarily on them.” Make sure to stick around for the Darryl Sutter quotes, which will be coming down the pike in 60 to 80 minutes. There’s a really interesting evaluation of Anze Kopitar’s play, and for those who may have missed the occasional quotes transcript over the last year or two, a reiteration that leadership – and more acutely, the captaincy – isn’t a designation assumed by one player, but rather shared amongst a committee of team leaders. There’s some pretty good Sutter coming soon.

-We also spoke with Jeff Carter and Drew Doughty about their All-Star nods. What drill would Jeff Carter want to participate in during the skills competition? “I don’t know,” he said. “If you watch my game there’s not a whole lot of skill in my game, it’s skating and shooting, so hopefully they keep me out of the shootout competition and the trick shots and all that.” What about Doughty? What competition should he take part in? “I mean, the guy can do everything,” Carter said. “You watch him out there, he can skate, he can shoot, puck-handling. You know, we don’t get to see him too often in shootouts but I’m sure if he has a chance and has some time to think of something he can pull something out pretty good.” Story coming.

-After the Sutter quotes are posted, I’ll also put up a report about Jarret Stoll’s work with the team’s development staff. Stoll hasn’t officially been hired by the team – he is still very much looking to continue his playing career – but is still so fresh from the game that he’s providing a tangible benefit to the club’s Ontario-based prospects, primarily on faceoffs and work as a center. “Dean gave me a great opportunity to come back in and help some of the guys out in Ontario and just hang around the team there a little bit more and start coming to some guys here, he said. “It’s awesome, I love the game, I love watching it, I want to be around it and it’s good to go down there and hang out with those guys. They’re a great bunch of guys, they’re excited, they want to get better. If I could help them, whether it’s faceoff-wise, center-icemen and stuff that, maybe I can throw it their way, and it’s been going good so far.” Again, he hasn’t been officially hired and is still looking to further his playing career; he referenced his work with the development staff as similar to an “internship.”

-St. Louis is in town tomorrow, and that’s a good thing because Kings-Blues games often elicit good theatre. I’ll have more tomorrow, but notes on the opposition, courtesy of Jeremy Rutherford of the St. Louis Post Dispatch: “Defenseman Carl Gunnarsson, who missed his third consecutive game with a lower-body injury Tuesday, skated on Tuesday morning and is expected to be a full participant in Wednesday’s practice … Defenseman Robert Bortuzzo, who missed his 16th straight game Tuesday, also skated this morning and is close to being cleared to return … The lone healthy scratch Tuesday was forward Dmitrij Jaskin.” The Blues, who are 6-8-1 in their last 15, have alternated wins and losses in their last eight games and are coming off a 5-3 loss to the Bruins last night. Other than Gunnarson and Bortuzzo, they’re healthy. St. Louis’ team save percentage is a league-worst .893, though Jake Allen, who was pulled in last night’s game, is 2-1-0 with a 1.35 goals-against average, a .952 save percentage and one shutout in three career games against Los Angeles. The shutout came in the teams’ previous meeting this year, a 1-0 Blues win at Scottrade Center on October 29. 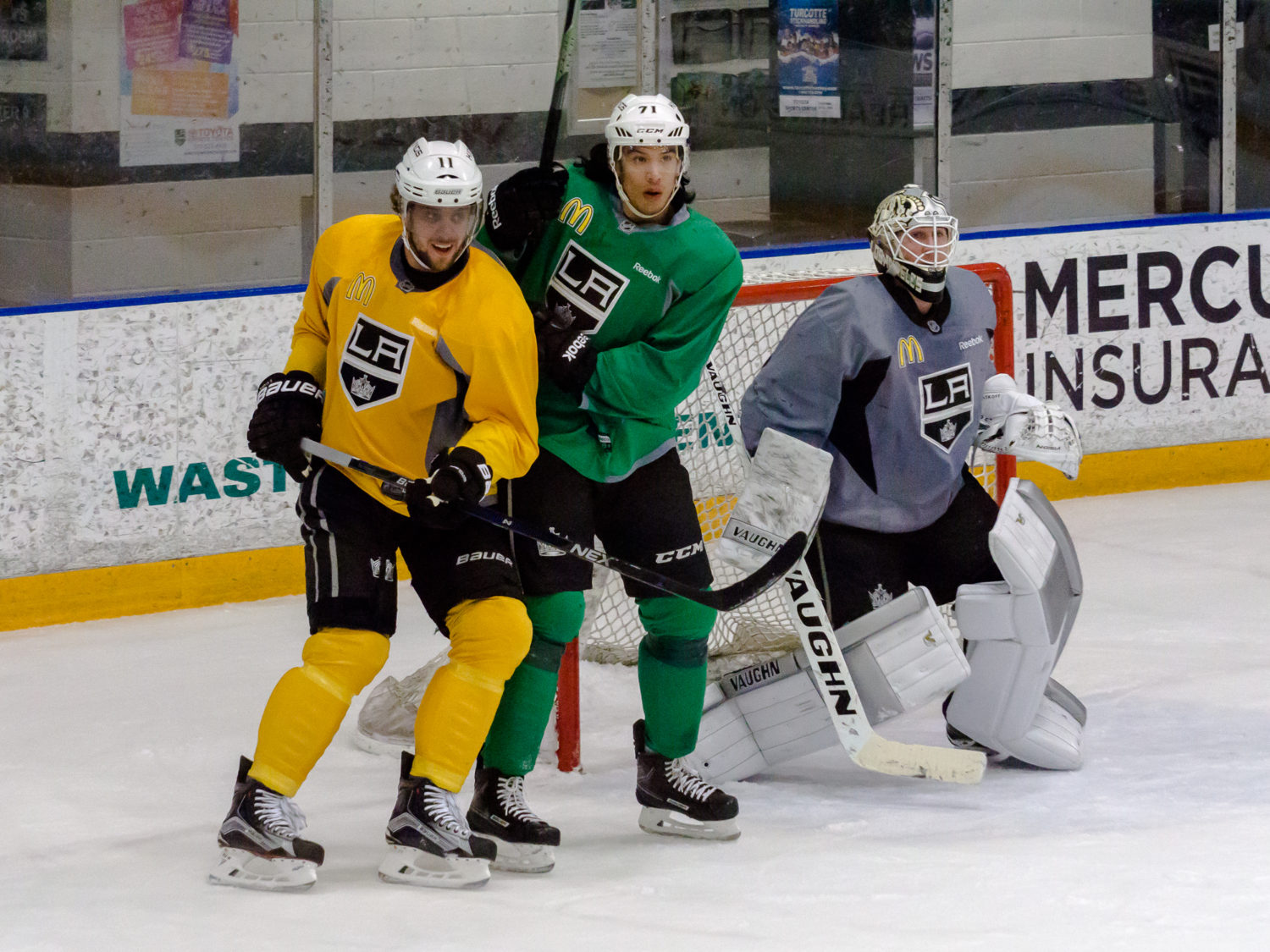 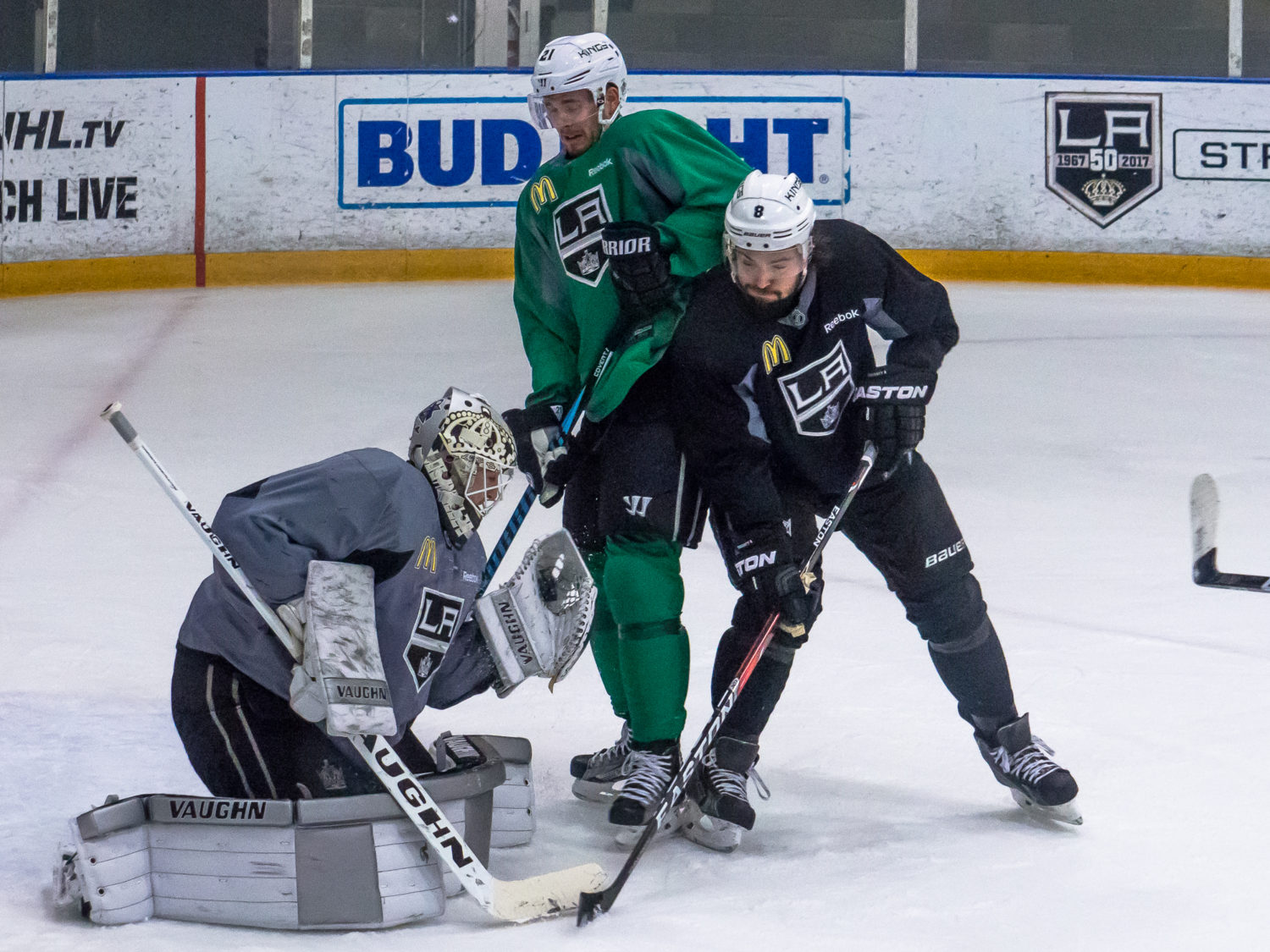 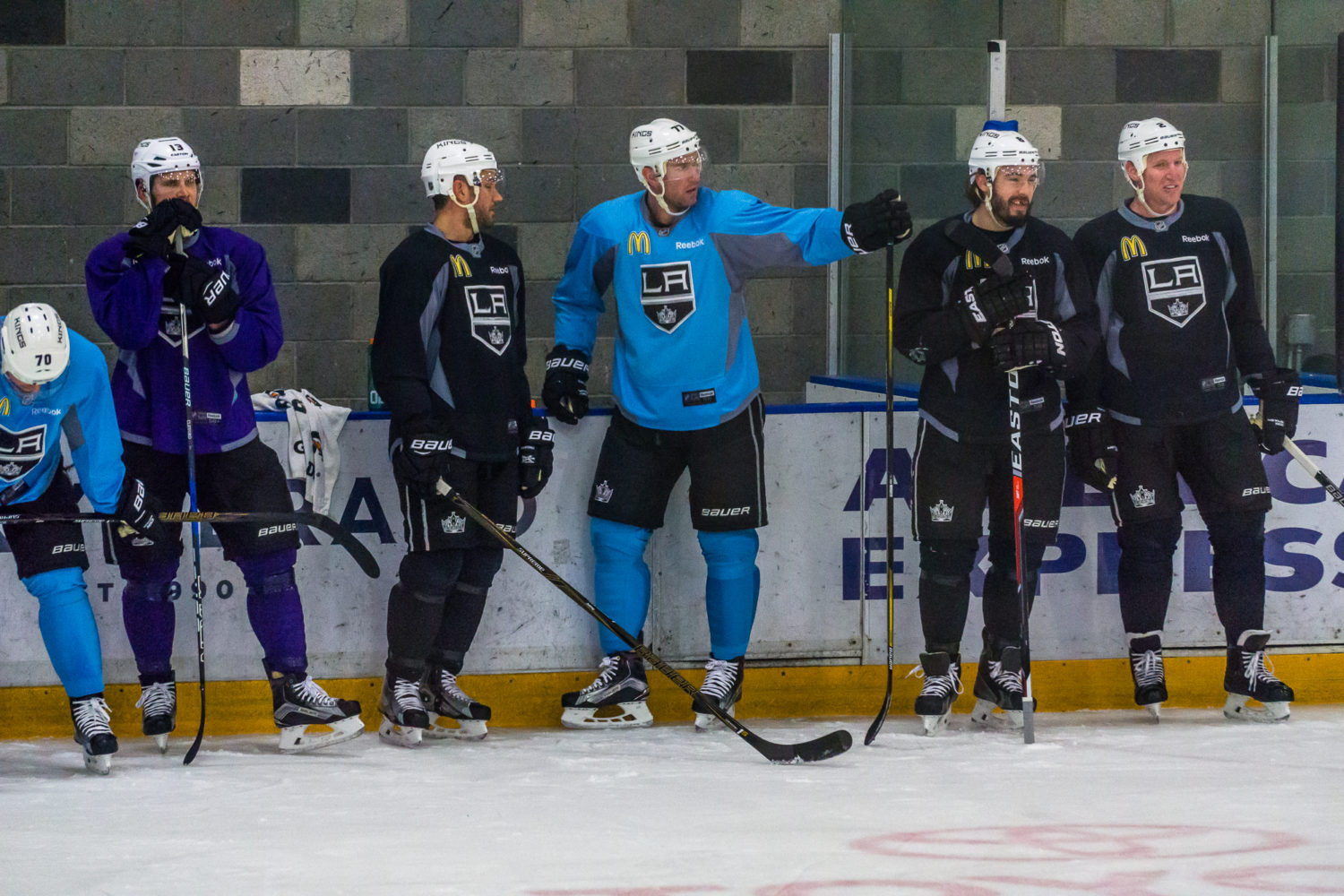 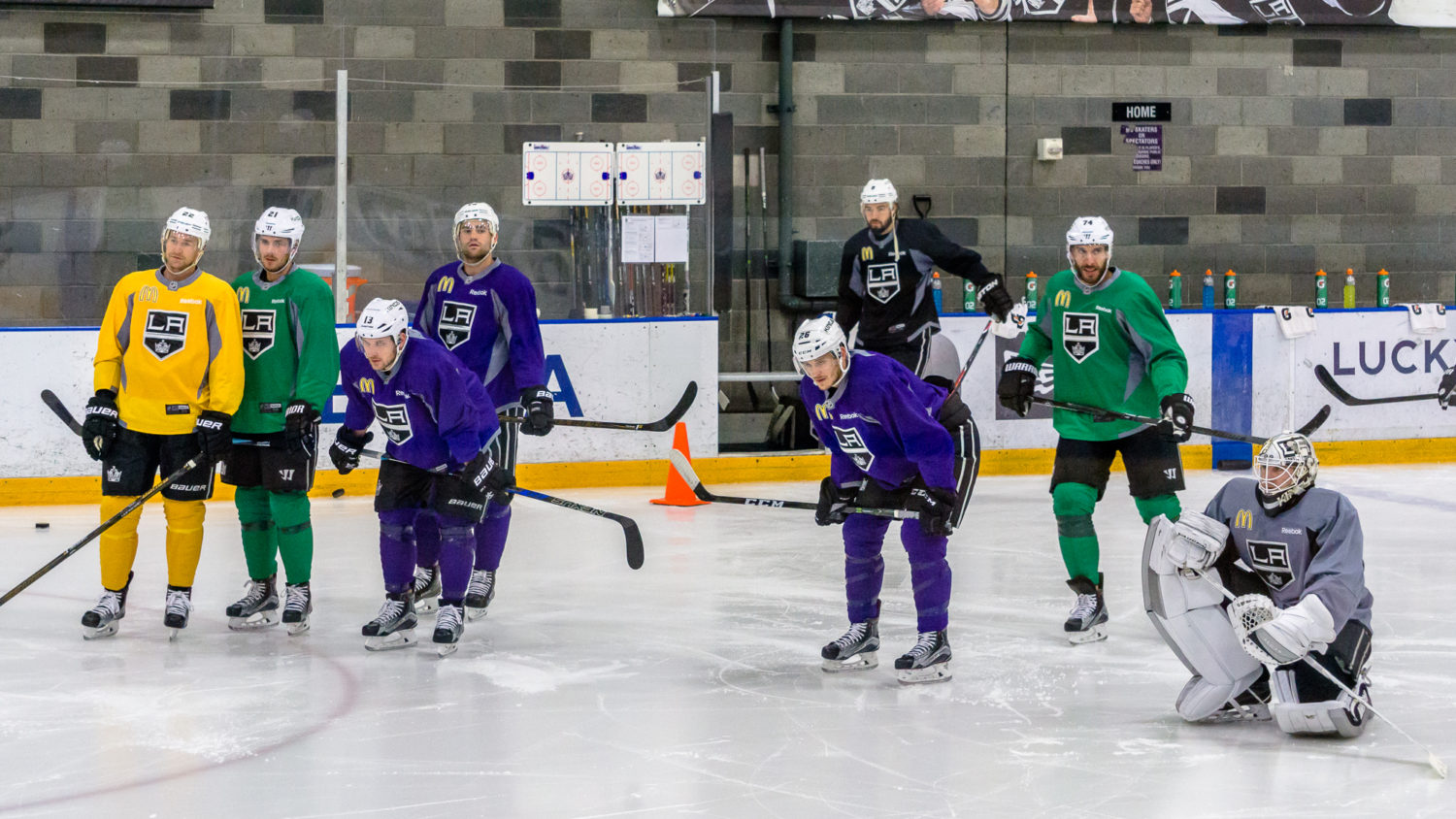 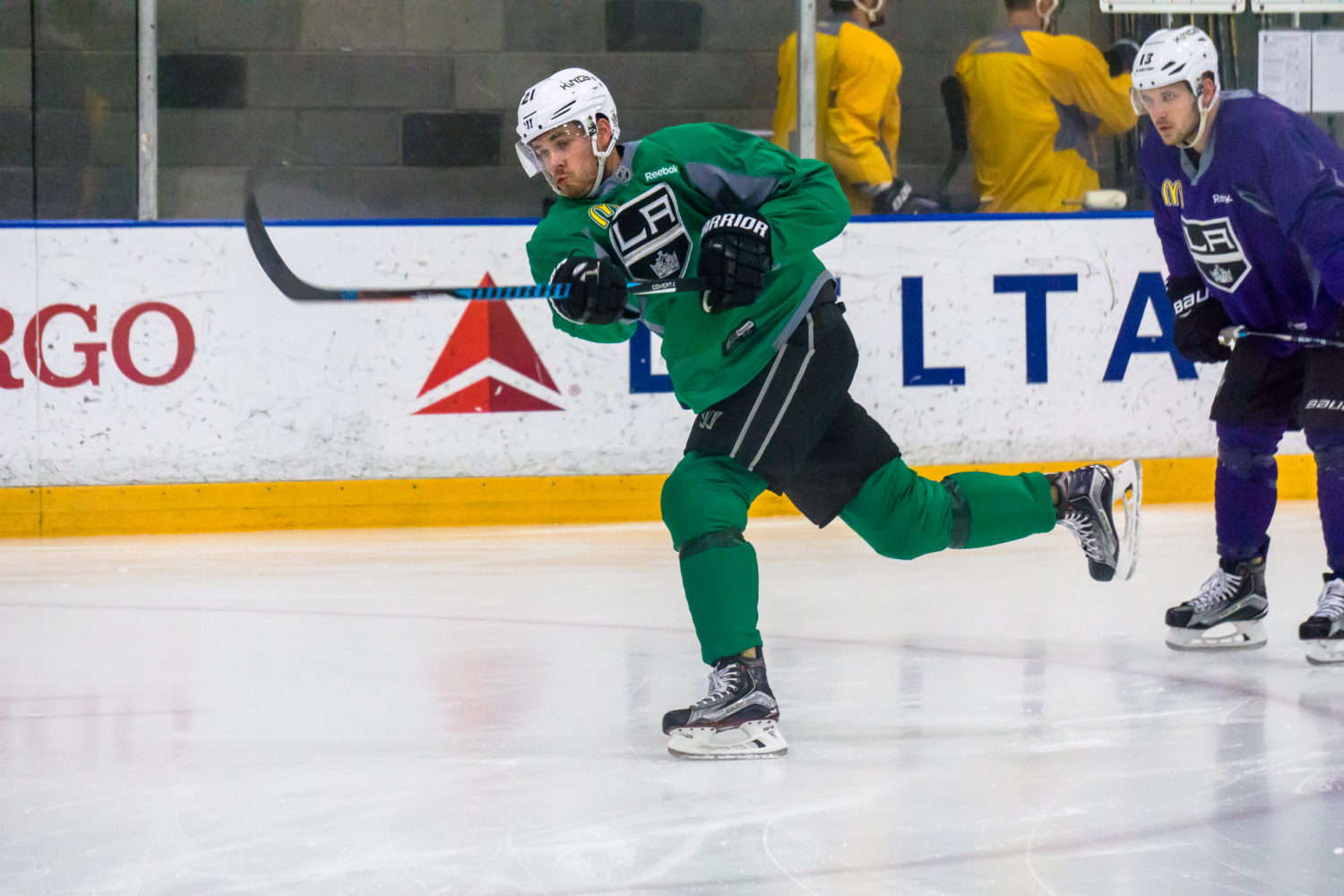