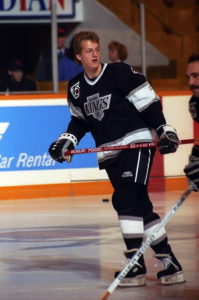 The Los Angeles Kings commemorated Tomas Sandstrom with a Legends Night on Saturday afternoon, honoring one of the most skilled power forwards in the history of the organization. Currently ranking 25th in team history with 254 points in 235 games – Jeff Carter is right at his heels with 252 points – Sandstrom joined Los Angeles in a blockbuster trade that also netted the club Tony Granato for a significant price of Bernie Nicholls, who was half a season removed from a 70-goal campaign.

Sandstrom, who also attended opening night ceremonies with the New York Rangers in October, returned to the United States for only the second time since his 1999 retirement from the NHL. There was a heavy slate of weekend activity for the hard-working, net-crashing, sizable and skilled Swede, who also took part in Saturday evening’s Tip-A-King fundraiser in addition to joining the Kings alumni in a game against the Oilers’ alumni on Friday night in Bakersfield.

In a conversation with LA Kings Insider and Frozen Royalty during the first intermission of Saturday’s win over the Minnesota Wild, Sandstrom spoke about the recollections of the club’s 1993 playoff run, and how the loss to Montreal in the Stanley Cup Final still irritates him to this day. A firefighter and the owner of a construction company in southern Sweden, Sandstrom also touched on several other topics, including the extraordinarily heated 1991 series between Los Angeles and Edmonton.

Tomas Sandstrom, on aspects of Game 7 in Toronto that still resonate with him today:
Well I think it’s all about Gretzky. It was weird, just the whole day he was so focused on that game and you know, he carried us through it. I guess he had three goals and an assist and just played unbelievable and it was a tough series, too. A really good series, but that was probably the most memorable. And then everything didn’t go the way we wanted.

Sandstrom, on his fractured leg, and the heated 1991 playoff series with Edmonton:
Well as a hockey player you want to play and I had a fracture but it wasn’t a big fracture. It was sore, but the doctors told me you can play on it and they gave me braces and all that and Pete Demers and the trainers, they all helped me out with it, so without them I wasn’t able to play but it worked out well. The toughest part was when they told you, then it got up to my brain and I knew that there was something wrong with my leg and that was the tough part, the part you want to get over with.

Sandstrom, on whether there was any animosity against Craig Muni:
No not really. It was always a tough series, though. In the playoffs, you know, it was a tougher game.

Sandstrom, on what he remembers about the initial trade to LA:
Well first thing, you know, I talked to Tony and we both said that, well, we hope we don’t get to play with Gretzky right away. It would be nice to play with him but you know, I wanted to start with someone else. So Tom Webster, I had him as a coach in New York, he was coaching then so he called me later that night and then said well, you’re going to play with Gretzky. But Gretzky was really nice and all of these stars they had, they were great hockey players but they were really nice human beings, too. So you know Gretzky probably knew we were nervous and he told us, I know you guys are nervous, but just play your game and I’ll adjust to you guys and that felt good.

Sandstrom, on whether he could imagine playing for Sutter or the Kings team in this generation:
Yeah we’ve been talking about that, he seems to be a good coach. He likes players that works hard and I would probably fit in there, but that was my style. That was the only way I could play. Work hard and do the things that I was good at and then I was a lucky guy, too. I ended up playing with a lot of good hockey players that helped me out.

Sandstrom, on whether this is the first time he’s been back since leaving the Kings:
Yeah pretty much. I haven’t been back here, you know I played with Anaheim quite a few games here but this is the first time back here. I don’t travel that much. I actually moved home in 2000 to Sweden and played there for three more years and then I was in New York there in October opening night. That was the first time back in the States and this is second time. [Reporter: Southern California must have changed quite a bit.] Oh it’s changed quite a bit. When I played here downtown was a really bad area and now it’s just beautiful. I still don’t believe the guys here who say you can just go out and walk around here at night. I don’t believe them. Well it’s really, really nice.

Sandstrom, on an assertion that he’s one of the more underrated players in Kings history:
I was really lucky. I got to play with Gretzky and that year when Gretz was hurt, I ended up playing with Luc and Jari and to play with guys like that, it makes your job easier. I didn’t mention it though but I’ve been lucky and all these guys that have their numbers retired, I had a chance to play with almost all of them and the thing with those guys — I didn’t play with Rogie, he’s too old. Yeah, he just made the Hall of Fame. Finally, yeah. But the thing is while they were great hockey players, they were even better human beings and they’re fantastic people. I was just lucky to be around them.

Sandstrom, on the 1993 playoff series vs Montreal:
As I said there, I still wake up at night thinking about what happened. We were so close and it hurts, you know. That’s why it’s so good that the Kings, for the fans out here, that they could go on and win it. It still took them ten years later on but they went through some struggles here with Bruce McNall and all the other owners and now they’ve finally got everything together. Luc and Blakey and those guys are involved and it’s good to see. 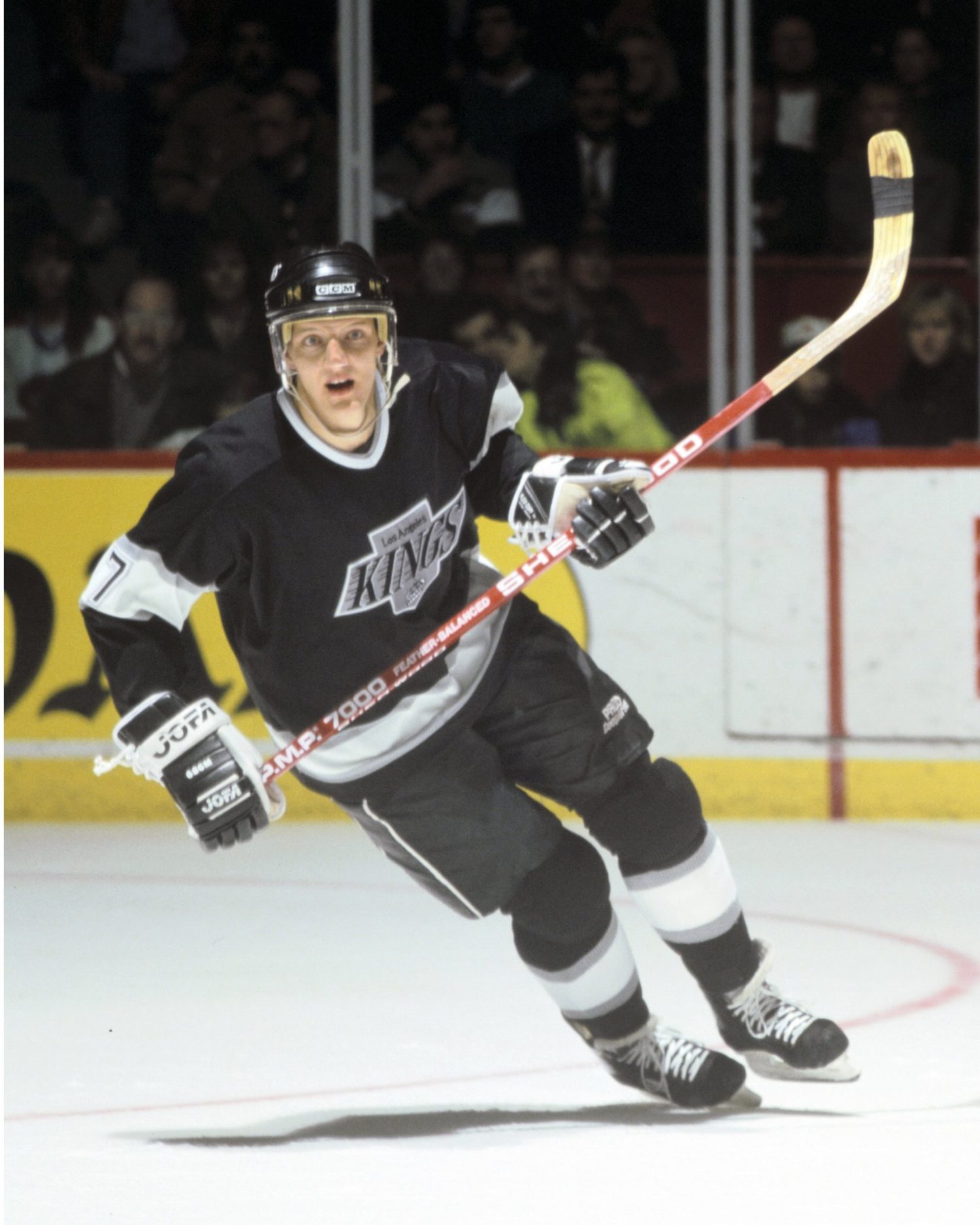