Good morning from rainy El Segundo, Insiders. The Kings took the ice shortly before 10:00 a.m. and did not show any changes to lines or pairings:

-Jeff Zatkoff left the ice first and is expected to start against his hometown Red Wings. Matt Greene didn’t remain on for extra work with Tom Gilbert, Andy Andreoff and Peter Budaj, so don’t be surprised to see him (or the other skaters) take the ice for warm-ups tonight. Zatkoff earned the win over the Red Wings at Joe Louis Arena last month; L.A. goalies have combined to stop 94.9% of the shots they’ve faced over their last 10, beginning with that game.

-Tomas Sandstrom was in the facility and chatted briefly with coaches and players in advance of his Legends Night this Saturday. After media availability, Darryl Sutter referred to his playing style as a “small town Canadian” kid. Sandstrom will play in tomorrow’s Kings-Oilers alumni game in Bakersfield.

-I’ll have more up on this later, but defensive prospect Kale Clague, who is playing a very visible role for Canada at the World Junior Championship, will face the United States at 5:00 p.m. (NHL Network / Sirius XM NHL Network) as part of a tantalizing appetizer prior to tonight’s Kings-Wings game. Clague is tied for second amongst defensemen in the tournament with six points (all assists) in six games and carries a plus-five rating into tonight’s gold medal match.

-Detroit is hurting. The Red Wings have allowed at least three goals in 11 of their last 14 outings and may be without both Niklas Kronwall and Brendan Smith, who were both casualties in the team’s 2-0 loss in Anaheim last night. Helene St. James of the Detroit Free Press also notes there’s a good chance that Jared Coreau could start in net, rather than Petr Mrazek, who was solid in the loss to the Ducks. Jimmy Howard is out with a knee injury; Coreau is 2-1-1 with a 3.43 goals-against average and a .889 save percentage. He’s a 25-year-old who has put up good numbers at AHL-Grand Rapids after a season and a half with ECHL-Toledo and is a product of Northern Michigan University.

-I may spread these stories over the next two days, but I have a quick story on Kevin Gravel and a longer story on Peter Budaj coming down the pike. There’s some interesting observation from Associate Coach John Stevens and Goaltending Coach Bill Ranford coming. Thank you for reading, Insiders. Darryl quotes will follow shortly after a FOX Sports West conference call at noon. 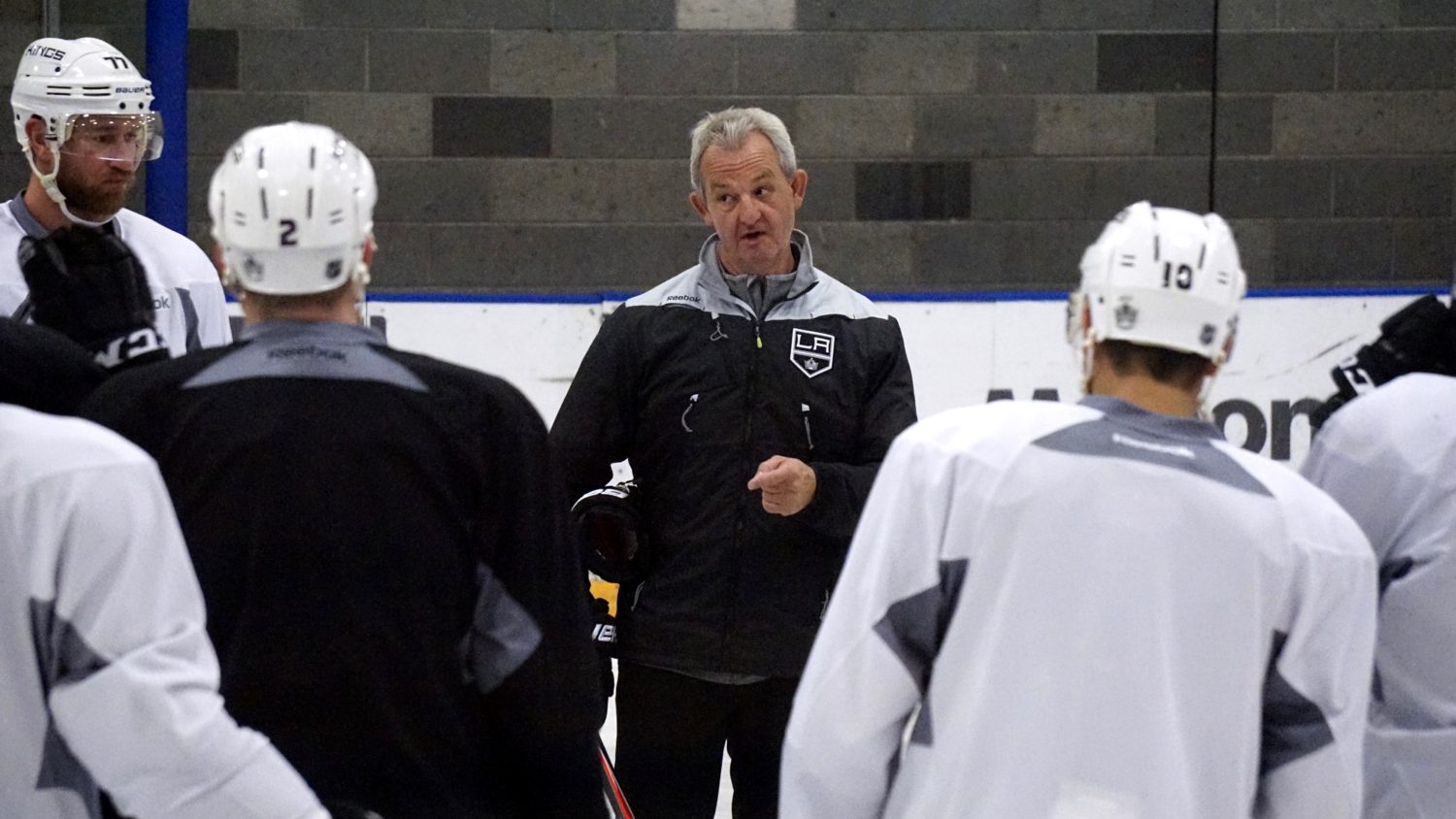 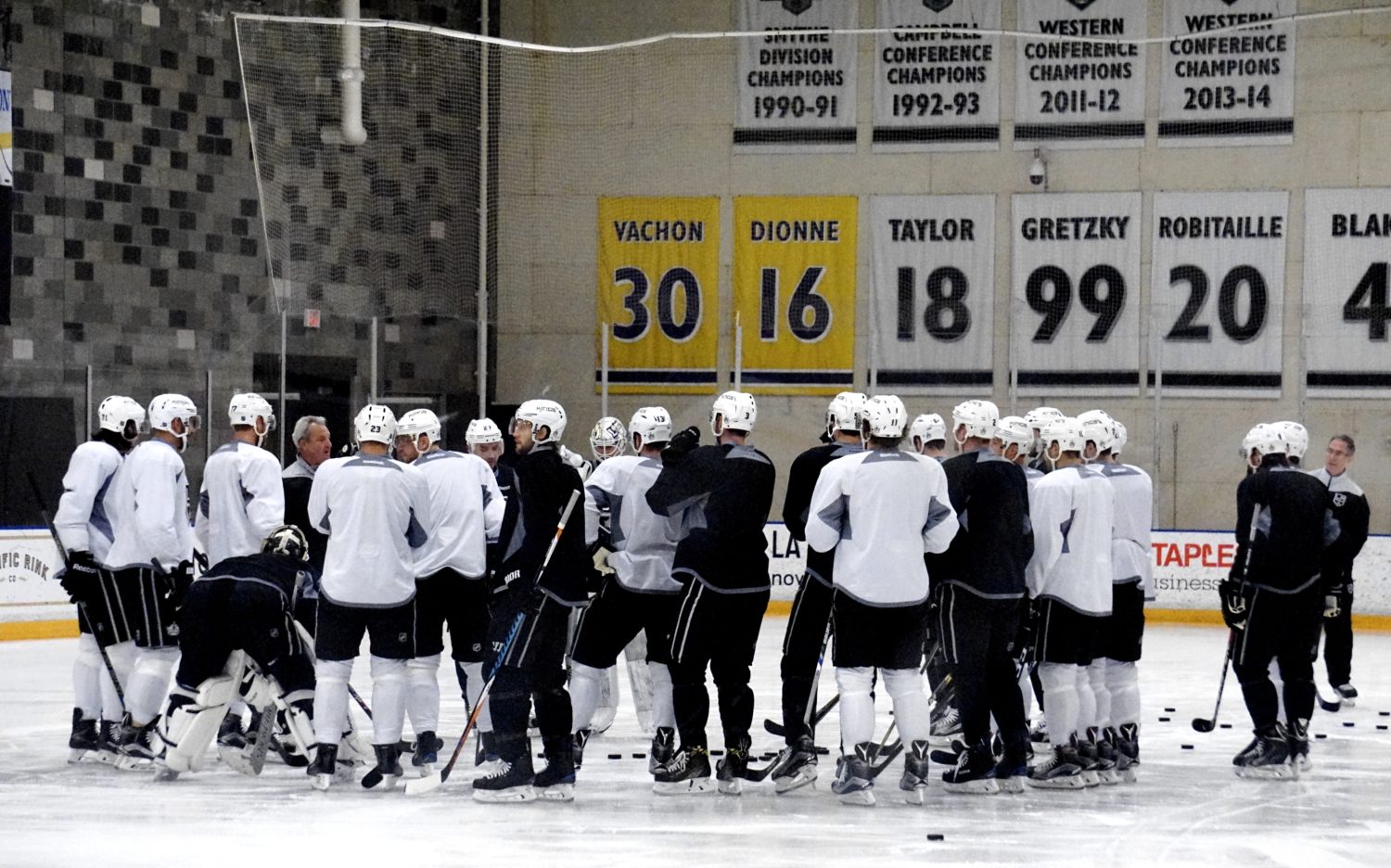 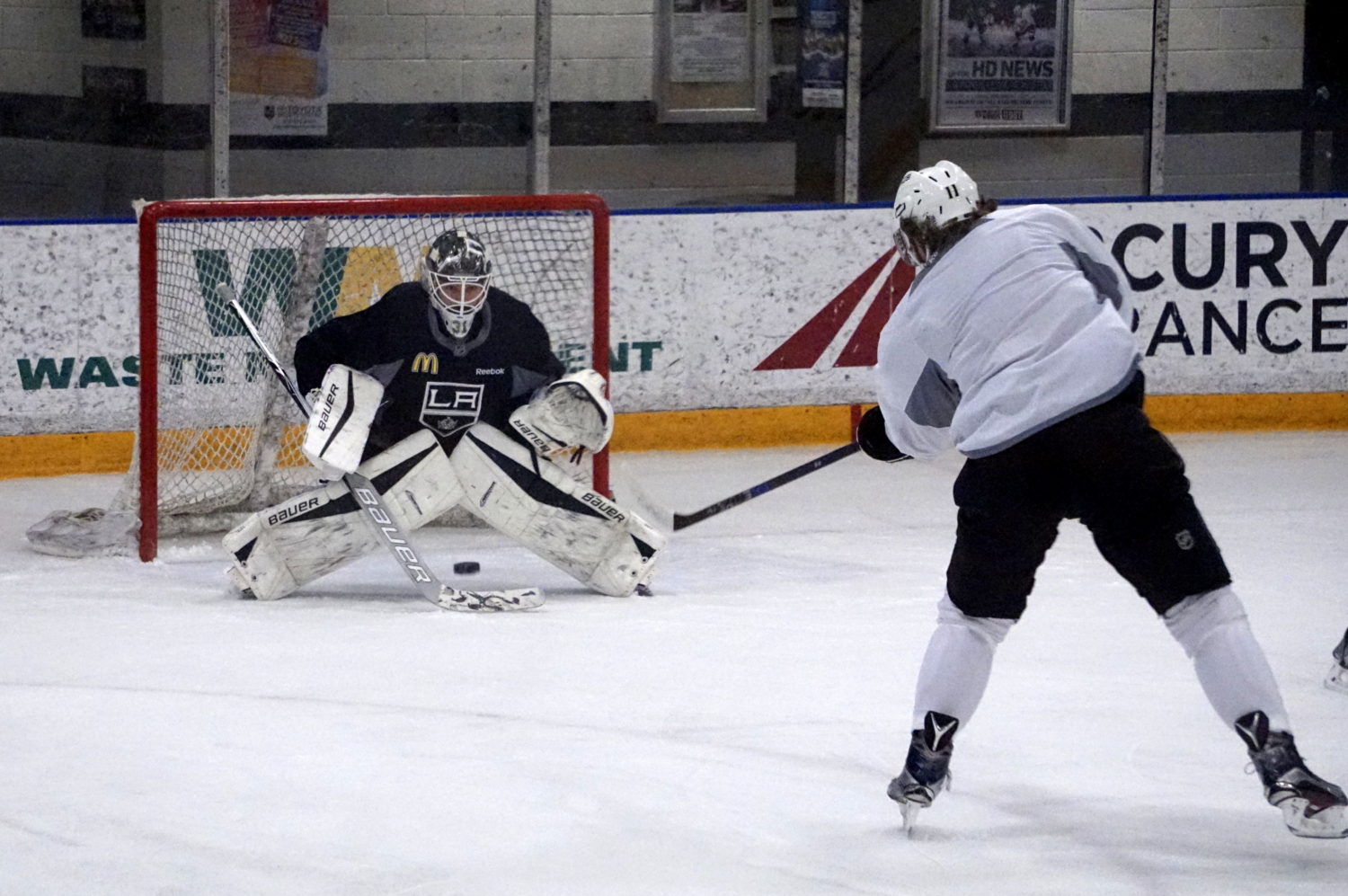 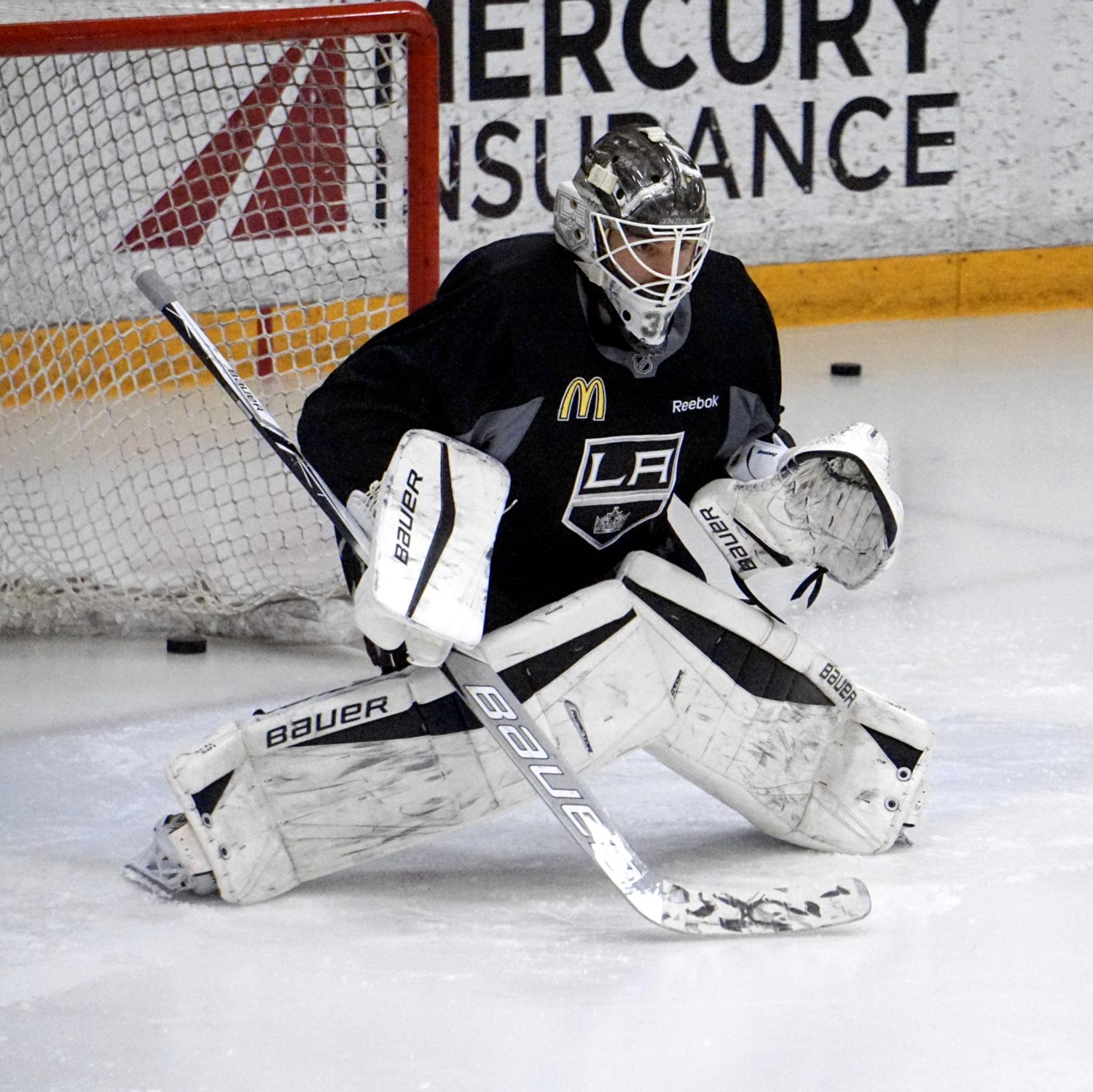