By adding "firmness," a versatile Kevin Gravel will continue to establish himself - LA Kings Insider

By adding “firmness,” a versatile Kevin Gravel will continue to establish himself

When Kevin Gravel takes the ice tonight, as he is expected to do, he will appear in his 31st career hockey game. To this point he has two career assists, a plus-five rating, and is yet to crack 20 minutes in any game.

But with his mobility, size and his ability to handle the NHL’s pace, the Kings are encouraged by a versatile defenseman who fits the team’s strengths of spending minimal time in the defensive zone and moving the puck up-ice swiftly.

Associate Coach John Stevens observed that Gravel, a left-handed shot, appears comfortable playing the right side in addition to the left. He was paired with Derek Forbort for most of last season while with AHL-Ontario, and like Forbort, will look to continue to add some snarl into his play, as Forbort has demonstrated some success in adding this season. Both are very good skaters. 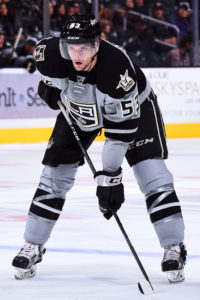 “Kev’s a big guy that skates well, so we want him to use his mobility to defend and his mobility to move pucks and I think he’s really starting to have confidence in doing that and we just want him to have a little more firmness to his game, and I think that’s probably where he’s made the biggest strides,” Stevens said. “I mean, especially with our division the way it is, you play a lot of division games. He’s got to establish himself in the league and I think he’s starting to do that, so we’re happy with what he’s done. He’s played a little bit of special teams, both power play and penalty kill. He’s played both sides of the ice and he’s earned a spot in the lineup, at least for now, so we’re happy with where he’s at.”

Gravel began establishing himself in the pro game in the 2014-15 season, en route to a Calder Cup with the Manchester Monarchs and entry-level contract with the Kings. In his second pro season, he showed an aptitude playing on his off-side and recorded seven goals and 20 points around a pair of call-ups to the NHL club. Over the off-season, conversations with those in hockey operations often gravitated toward Gravel over Derek Forbort, but by virtue of Forbort’s development in growing into a wider role and Gravel handling his own at the NHL level, it’s clear the Kings have a pair of interesting young 24-year-old defensemen currently up with the big club amidst others such as 22-year-old Kurtis MacDermid and 24-year-old Paul LaDue who also have promising futures.

In the next step that the team would hope facilitates his continued development, Gravel spoke about the need to become more familiar with opponents across the Pacific Division and beyond.

“Learn the guys around the league,” he said. “There’s that same adjustment in the American league coming from college. You know, learn the players that you’re going against, learn their tendencies and things like that so as you play more and more you become more comfortable with not only the other team but with your teammates as well, so it’s been good so far.”

He’s also exempt from the expansion draft, as confirmed by a team source. When he becomes a restricted free agent over the season, the team will ink him to a new contract with the expectation that he continues to add that firmness to his game as part of a modern defensive skill set that’s high on skating and puck-moving.

“I think mobility is clearly a factor now,” Stevens said. “You’re probably seeing more smaller guys playing and be really effective even on defense now, which that’s probably been a little bit of change in the game. … It doesn’t matter if we’re talking about the size of the player. It’s the mobility of the player, especially on defense. I think it’s something everyone is trending towards and Kevin and Derek both certainly fit that description.”

John Stevens, on whether Kevin Gravel could use Derek Forbort as a model for adding “firmness”:
I think they’re different players a little bit, but clearly that’s got to be a big part of it. Derek’s game, he’s playing with Drew Doughty, we don’t need to be spending long stretches in our zone and he has the ability to get play stopped by being firm and getting under sticks and sealing guys off and I think to me that’s been the biggest advancement in his game. The ability to do that and to handle the minutes that he’s playing so he’s been terrific in that sense.

Kevin Gravel, on what he’s liked about his game in the NHL since moving up about a year ago:
You know I feel pretty good. Obviously there’s still a lot I’m learning, I’m learning every day here. But I think just the overall comfort level is a lot different. You know when you first get here you don’t really what’s going on or what to expect or what the game is really like and now, like you said, that was coming up on a year ago here so yeah. I just try to kind of go out and play my game everyday and keep my eyes and ears open and try to learn as much as I can every day.

Gravel, on what he focuses on when on the power play:
Yeah, obviously when you’re put on the power play you want to produce. The power play can be a big momentum changer in a game and we’ve got a lot of skilled guys in our unit so I just try keep it simple out there. When the shot’s open take a shot or give her off to one of the other guys on the unit and let them make a play, like I said just try to keep it simple. I’ve been fortunate enough to get a little bit of time on the power play my last couple years in the American league so I’m pretty comfortable with and like you said you just try to produce when you’re out there ‘cause it can have a huge impact on the game and it’s supposed to.

Gravel, on whether he’s happy with his trajectory so far:
Yeah for the most part. I think like I said there’s still a lot I can learn and obviously it’s never going to be all smooth, you know? You’re going to have some ups and downs and I’m no exception so you just kind of take those at learning points and do your homework and then just try to continue to improve.

Gravel, on whether Budaj’s play surprises him at all after watching him last year in Ontario:
No, not at all. I can’t say a bad thing about that guy. I mean I know you guys kind of saw what he did for us in Ontario. He was our rock all year long, no doubt about it. He was our best player and best goalie in the league, hands down. So I couldn’t be happier for the guy, he’s definitely deserved every opportunity he’s gotten here and I’m really happy for him that’s he’s been flourishing in it.

Gravel, on Budaj filling in for Quick:
Yeah obviously that’s no easy task, right? You can’t really fill in for Quickie there but, you know what, he’s a hard worker and I know it probably really hasn’t been easy for him the last couple of years but you know, the way he was last year in Ontario I can’t say a bad thing about the guy. He was a great teammate. His situation coming into the year, he probably didn’t know really what to expect and he ends up being our best player all year long and the best goalie in the league so like I said, the guy’s deserved everything he gets and I’m really happy to see him succeeding again.

Gravel, on the key to slowing down the Red Wings:
I think just trying to be quick out of our zone. Try to get the puck in to our forwards hands and let them go play in our offensive zone. We’ve got a lot of good forwards on our team so the less time we spend in our D-zone the better off we are. 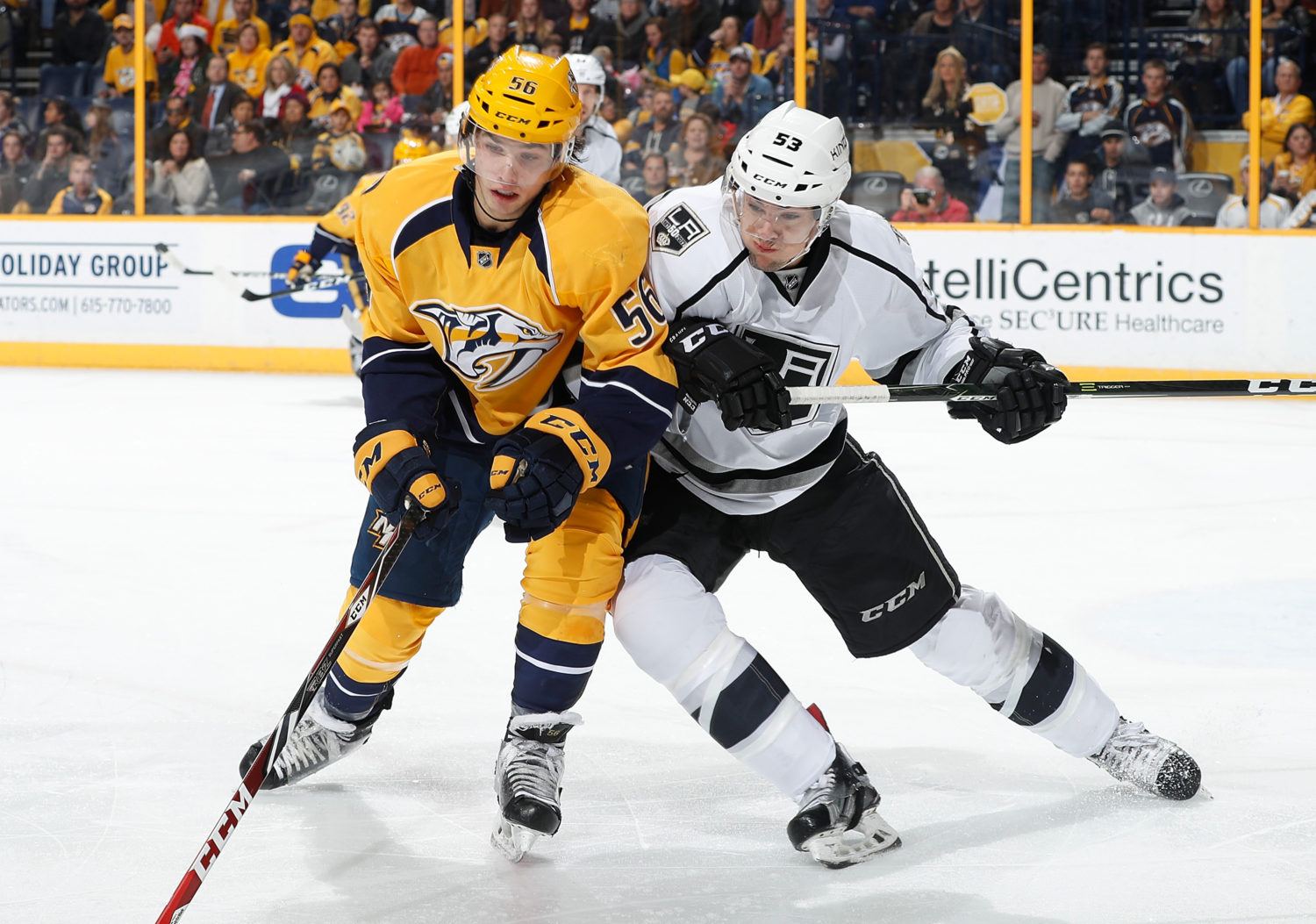