Tanner Pearson, through his first 17 games of the season, scored seven goals on 36 shots for a completely unsustainable all-situations shooting percentage of 19.4%. From there, it was clear that a market correction would take place, though perhaps not quite to the unsettling degree in which it did. Over his next 15 games, he was held without a goal and took only 23 shots.

Pearson is on pace to record 164 total shots on goal, which would represent a career-high and better than any pro-rated amount from his earlier seasons. That the forward is taking more shots while he hasn’t greatly deviated from his overall shooting rate is both a sign that he has good shot accuracy, and that this evaluation perhaps comes at a time while he’s on a bit of a hot streak.

The winger, who again appears set to skate to the left of Jeff Carter as part of a line that found success in a 3-2 home win over San Jose on Saturday night, answered questions about tonight’s game following the team’s morning skate at the SAP Center.

Tanner Pearson, on whether “speed” is a key against San Jose:
Yeah. You know, I think definitely Carts’ goal was obviously the speed. He was flying pretty good and even before mine went in Carts had pretty good speed going down the wing there so we’ve got to look for that tonight and look for the openings and capitalize on them again.

Pearson, on whether L.A.’s style of play stays the same even during scoring droughts:
I think sometimes it’s, you know, maybe we’re in and out too quick and not able to hold the puck in their zone when it looks like we’re up and down the ice a lot. I think just kind of, I think we’re a puck possession team so we’ve got to use that to our strengths and keep the puck in their zone and keep generating pucks toward the net.

Pearson, on what the Kings did well in their last meeting vs the Sharks:
I think we were quick to get pucks out of our own zone and break their forecheck and when you do that and limit their chances, that obviously helps. I think when we’re quick down there and get things going north it helps us out.

Pearson, on whether the Sharks are a different team without Vlasic in the lineup:
I think we’ve just got to look at it the same. You know, obviously he’s a pretty good defenseman. It’s kind of the same thing I think like us, we expect the guys in the lineup to step up and their guys are going to try to step up for them and we’ve just got to keep on playing our game and not really focus on that, so we’re just going to play the same way.

Pearson, on whether the Kings will try to “exploit” San Jose’s third defensive pairing:
No, I think we’re both familiar with them. Obviously more familiar with DeMelo playing against him in Junior, but no, I don’t think your game plan changes just on the type of D-pair you play. It’s a whole game plan and you’ve just got to execute that and not worry about who you’re against them with.

Pearson, on what he does to channel pucks away from the net when playing against Burns:
I don’t know, I think if you’re in his shooting lane then he shoots for the slot and if you’re in the slot lane then he shoots for the net so I mean, he’s pretty smart in that regard. I think you’ve just got to know every time the puck comes to him it’s going towards the net somehow or someway, so you’ve just got to get in the lane as best as possible and hope it hits you and not gets past you for a high-tip or even in the net.

Pearson, on whether blocking Burns’ shots feel different from blocking other shots:
No, you know, he’s not taking the big clappers back there. If he has time he will but he’s more of a quick wrister guy and tries to get it back on net as quick as possible before teams set up so it’s tricky, but you’ve got to do the best job possible.

Pearson, on whether the Kings are expecting the Sharks to come out fast at the start:
I think any time you come to this rink they always start off pretty good so we’ve just got to weather the storm and hopefully get that first one and go from there.

Pearson, on what he’s expecting on the second game of a home-and-home series:
I think any time we come together it’s a pretty intense game and that’s just how the Kings-Sharks play against each other. You’ve got to expect that tonight again and it’s a division game so points are on the line. We’re looking to get back-to-back wins and help out our standings position.

It has often been said that the second game back after returning from injury is the more challenging game because the adrenaline isn’t quite as high, amongst other factors.

Brayden McNabb’s time on ice dropped from 17:02 in his return at Edmonton on December 29 to 11:54 in the game against San Jose on New Year’s Eve. It’s not really a critique – it’s natural for detail to drop off when missing two months due to a broken collarbone – but Darryl Sutter did discuss the desire to get McNabb “up and running and hopefully sharpen up a little bit and go from there” after today’s morning skate.

The 24-year-old defenseman joined LA Kings Insider earlier today to discuss his return from injury, and what he took from the game Saturday night at Staples Center.

Brayden McNabb, on whether the second game back from injury is tougher than the first:
I don’t know, it’s kind of been a while since I’ve been hurt, so I don’t know, I’m not really looking in to like that, it’s just trying to get better. I don’t think that was my best game last game but you know, I’m past it and you try and move on and be ready for tonight.

McNabb, on what his game looks like when he’s at 100%:
I think I’m moving pucks well and making quick easy plays, not holding on to pucks, being physical when I can and being hard down low. Those three main things are something just I’m going to continue to work at.

McNabb, on what he liked about the team’s last game vs San Jose:
I thought we had great energy. From the first to the third, you know, kind of had a little more of a playoff atmosphere, division game, you know it was a big game for us and we knew we owed these guys, so this is another one. Tough building to play in and we know we’ve got to bring our best. 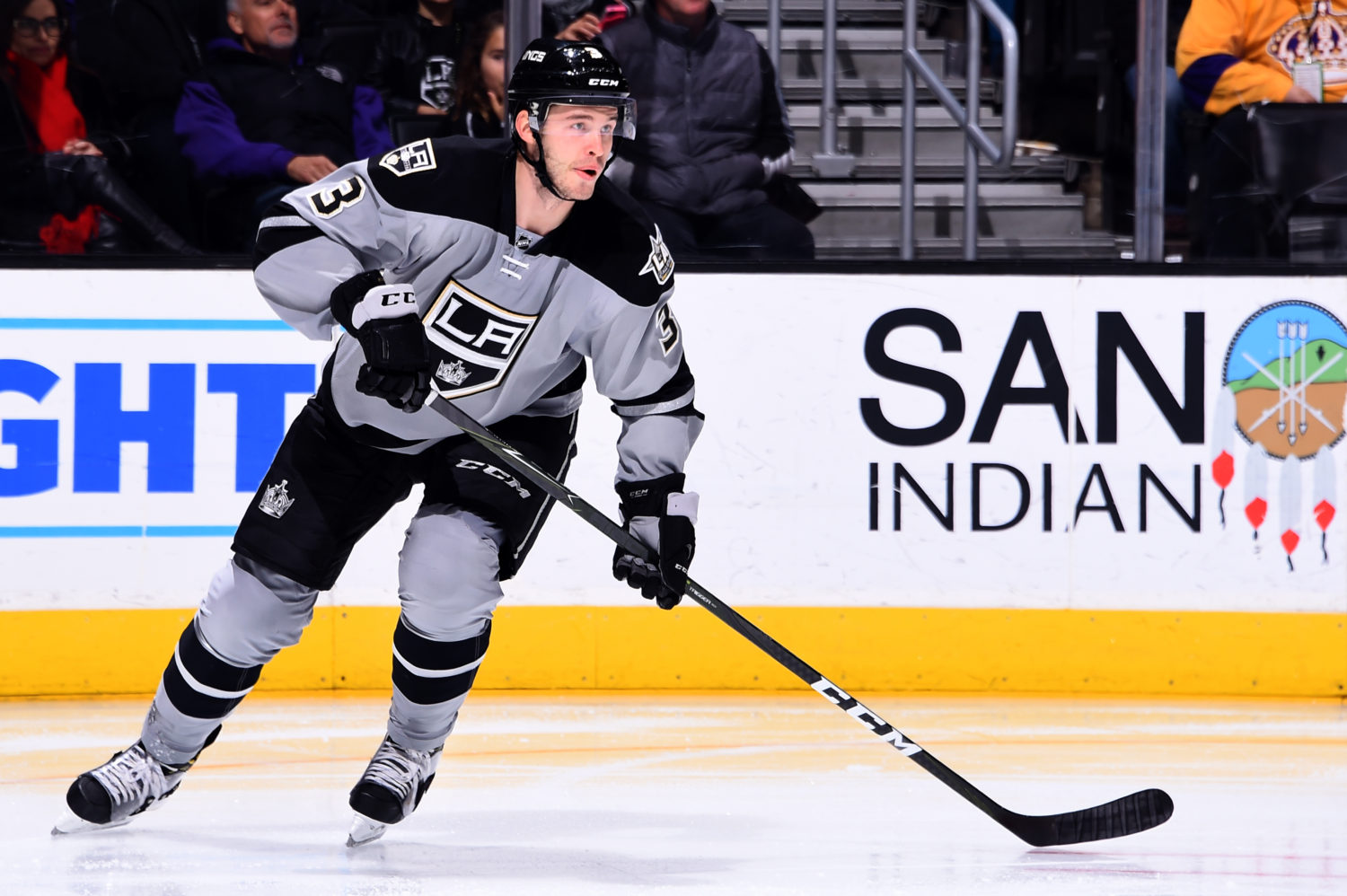