Good morning from drizzly El Segundo, where the Kings have finished up team meetings and are leaving the facility following the morning skate. After a Friday spent bereft of skating, the team reconvened on the ice shortly before 10:00 a.m. and aligned as such:

-Peter Budaj was the first goaltender to leave the ice and is expected to start against San Jose. Matt Greene came off with the main group, so don’t be surprised if you see him in warm-ups with the chance he could play if someone else doesn’t go. Tom Gilbert and Andy Andreoff remained on the ice for extra work with Jeff Zatkoff and aren’t expected to play tonight.

-Prior to tonight’s game – the third New Year’s Eve home game in franchise history, following a loss to Vancouver in 1991 and a win over the Canucks in 2011 – the Kings will honor the Miracle on Manchester goal scorers as part of a special Legends Night reunion that replaces the ceremony that had been planned to honor Ziggy Palffy, who was unable to travel to Los Angeles.

Miracle on Manchester goal scorers Jay Wellls, Doug Smith, Charlie Simmer, Steve Bozek and Daryl Evans will be honored before the game, though Mark Hardy, a Tucson Roadrunners assistant coach, will be unable to attend.

Evans, who put a bow on the largest comeback in Stanley Cup Playoff history, described his famous celebration of the overtime game-winner.

“I didn’t even see it for a lot of years, but, yeah, it was kind of like, ‘What the heck was I doing?’[It was] a what was going through my head-type of thing,” he said. “I think that just goes to show the emotion at that particular time. Some guys, they have – I don’t want to say premeditated – but they have stuff that they go through if they score, this or that. I was never anybody to do any of that kind of stuff when I was growing up, but whatever happened that particular night, it was spur of the moment, just the emotion coming out. Thank God there were end boards at the end of the rink, otherwise I might still be skating. I’d be huffing and puffing now, though. I wouldn’t get quite as far.”

In addition to the ceremony, there will be a special pyrotechnics show following the game.

-San Jose is likely to be without Tomas Hertl, who has been sidelined the past 19 games with a knee injury, as well as versatile defenseman Marc-Edouard Vlasic, who took a puck to the face late in last night’s 2-0 win over Philadelphia.

From Kevin Kurz of CSNBayArea.com:

Despite leading 2-0 in the final minute, the Sharks went all out to preserve the shutout for their teammate in net. The Flyers pulled goalie Anthony Stolarz and got set up in the offensive zone, when a Shayne Gostisbehere slap shot deflected up into the face of Vlasic, who was protecting the crease.

The defenseman took several moments to get to his skates, and was eventually helped to the dressing room. DeBoer, who said that Vlasic was unlikely to play in Los Angeles on Saturday, offered the following update after the game:

“As bad as it looked and as bad as it probably is, I’ve got my fingers crossed. The initial reports are that I don’t believe it’s that serious, so that’s good,” he said.

San Jose has been boosted by some of the youth (and production) from Kevin Labanc, who scored against Los Angeles diuring the team’s previous meeting on November 30, and the ninth overall pick of the 2015 NHL Draft, Timo Meier, a well-built 20-year-old who has one goal in his first six NHL games. Of course, they still have Joe Pavelski (34 points in 36 games), Joe Thornton (24 points in 36 games), Logan Couture (23 points in 36 games) and Brent Burns (34 points in 36 games), allowing Martin Jones (2.08 goals-against average, .920 save percentage) to win 19 games in a season in which the Sharks have scored only two more goals than the Kings but rank fourth in the league with 77 goals allowed. (L.A. ranks sixth.)

“They run pretty deep,” Darryl Sutter said. “They’re the best team in our division, that’s clear. There’s three teams that have won twice as many as they’ve lost in the conference, and there’s a pile of teams that are .500 to a handful over, so you know what? We’ve got our work cut out. They’re a top team.”

-I’ll have Sutter quotes coming down the pike in a little bit, followed by a story on Derek Forbort’s ability to get shots through from the point and some of Evans’ Miracle on Manchester recollections. Happy New Year, Insiders. Let’s talk soon. 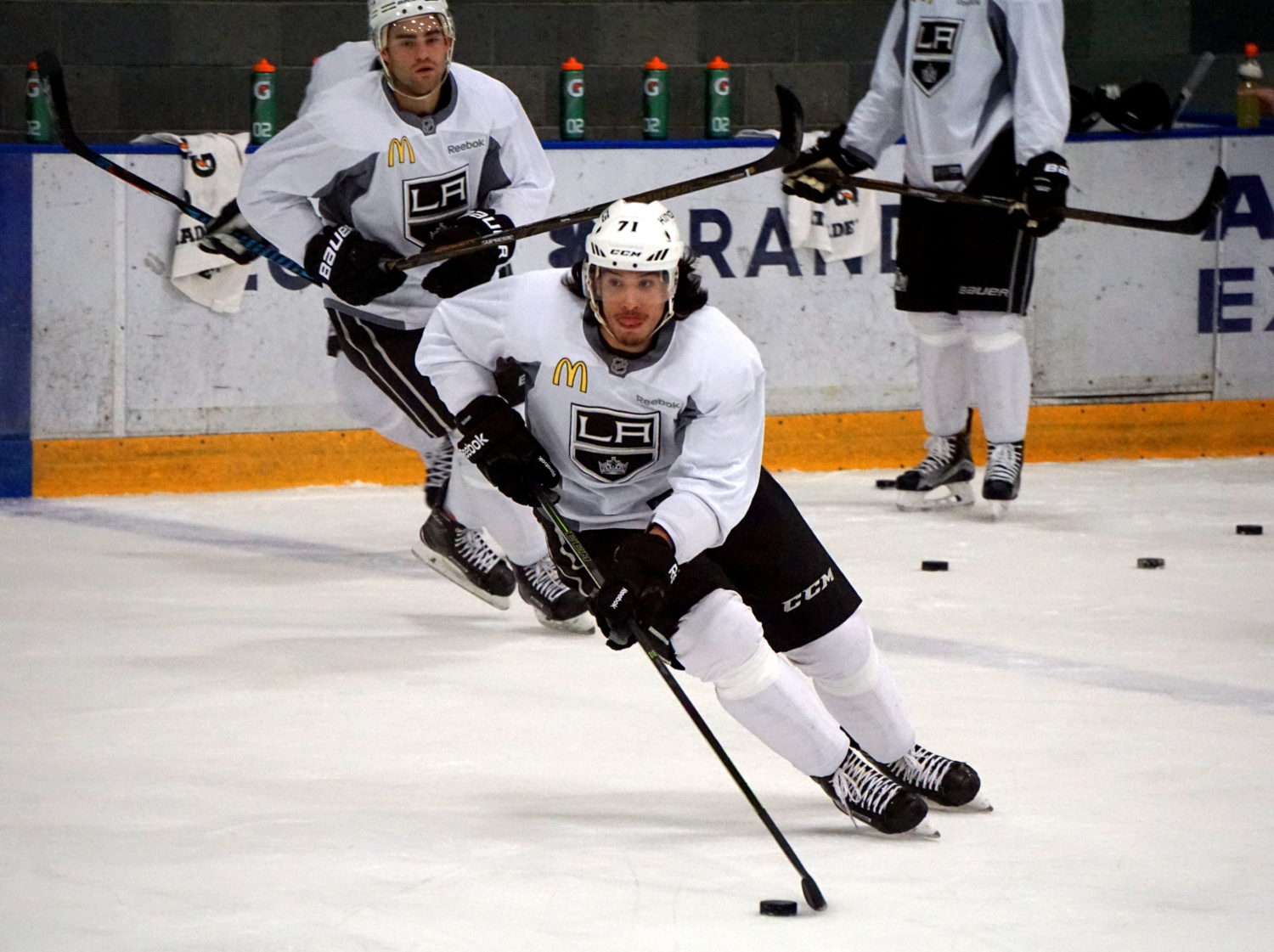 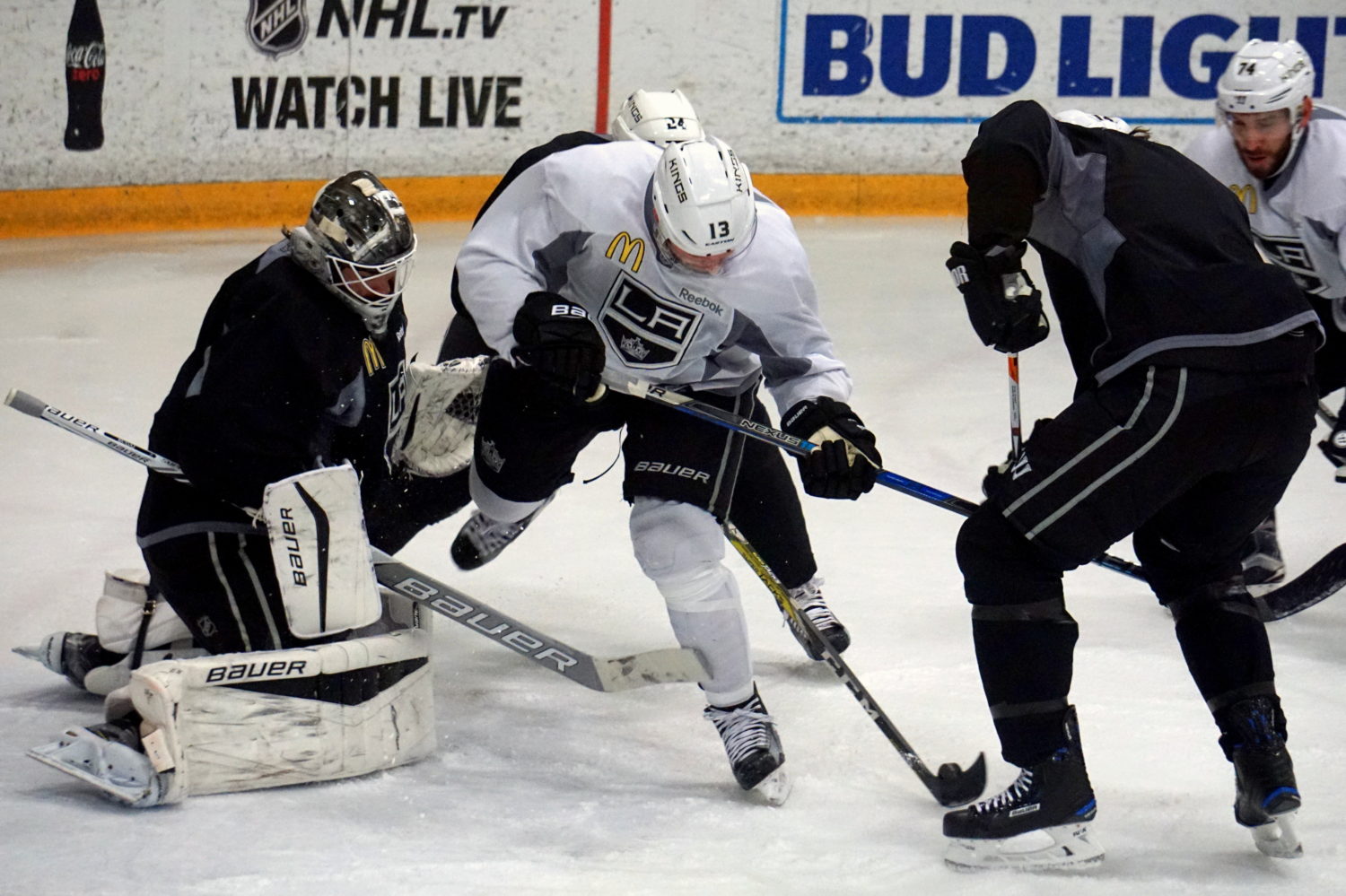 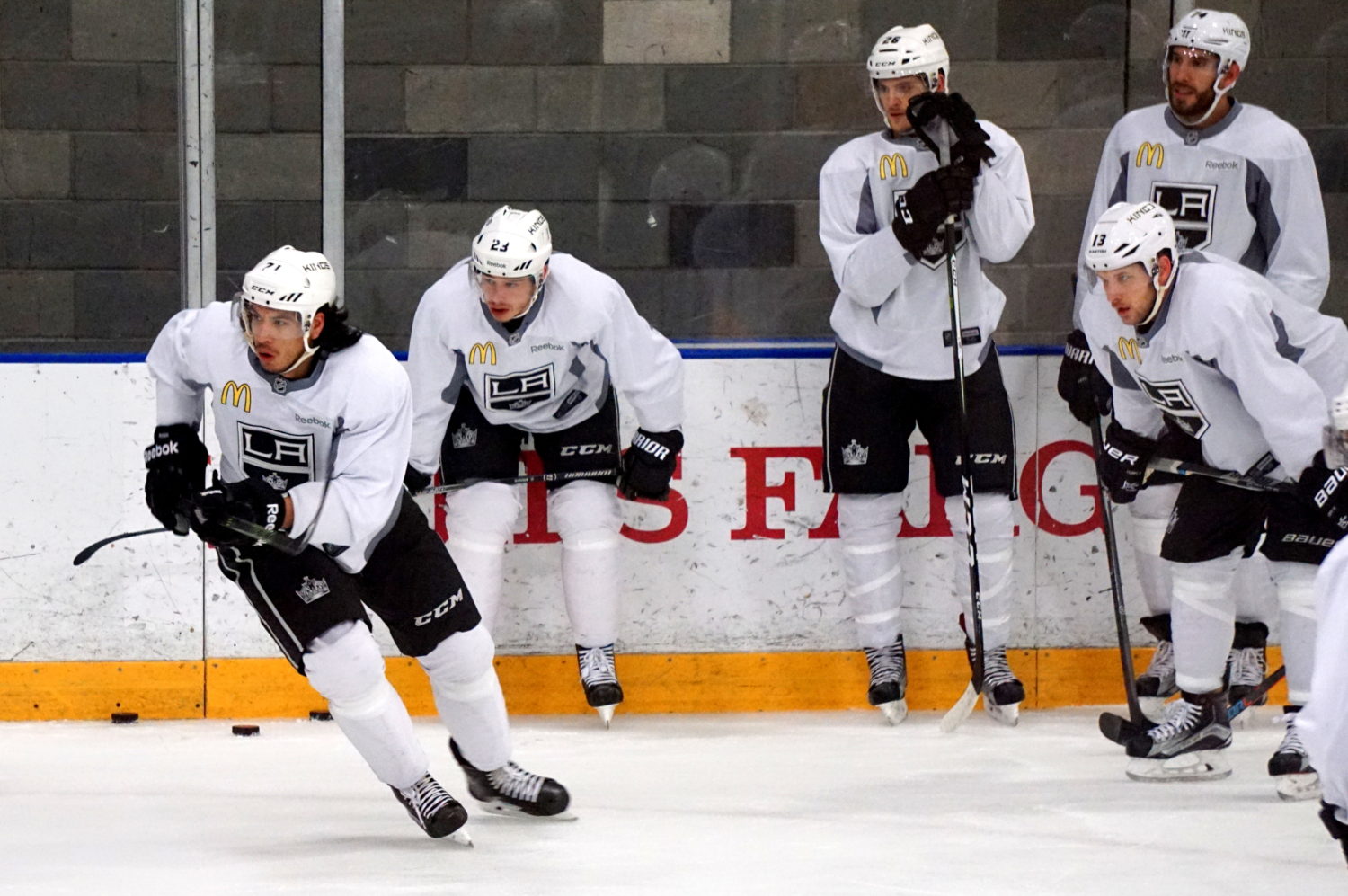