While we’re here, should I establish residence in Alberta? One out of every 7.7 games remaining is a road game against either Edmonton or Calgary, which means A) Buy stock in Allied Winter Wear, Inc., B) It’s a good thing we’re no longer posting clips of a Highlighted Local Artist and C) Back-to-backs, ahoy!

Calgary and Edmonton are both excellent hockey towns, and on the previous leg of this road trip, Director, Communications and Media Services Mike Kalinowski, Director of Team Operations Marshall Dickerson and I agreed that when visiting the Saddledome, you see a higher percentage of fans wearing the home team’s jersey than in any other rink in the league. (This was also spotted by the gentleman who attended all 30 NHL arenas over a span of 30 days, and was impressed by the C of Red.)

Hockey, perhaps to a degree as great as any major Canadian city, is such an integral part of the identity and focus of Edmonton, and I’m really jazzed to get a firsthand sense of how that transfers into the new arena amidst a cultivating air of optimism that had begun to form but hadn’t yet swept away the well deserved cynicism and dismissal that had hardened in Oilers fans during previous visits here.

We’ll have to wait another several hours to get a first look at Rogers Place because the team isn’t taking part in a morning skate and will instead hold meetings at the hotel, which is located much closer to the new arena than the old one. Waking up with the Kings will follow, as well as stories and reports as we get closer to game time. If you’re interested in a preview of tonight’s game, I’ll join Jason Gregor and Robin Brownlee on TSN 1260 at 2:25 PT this afternoon; click here to listen live. 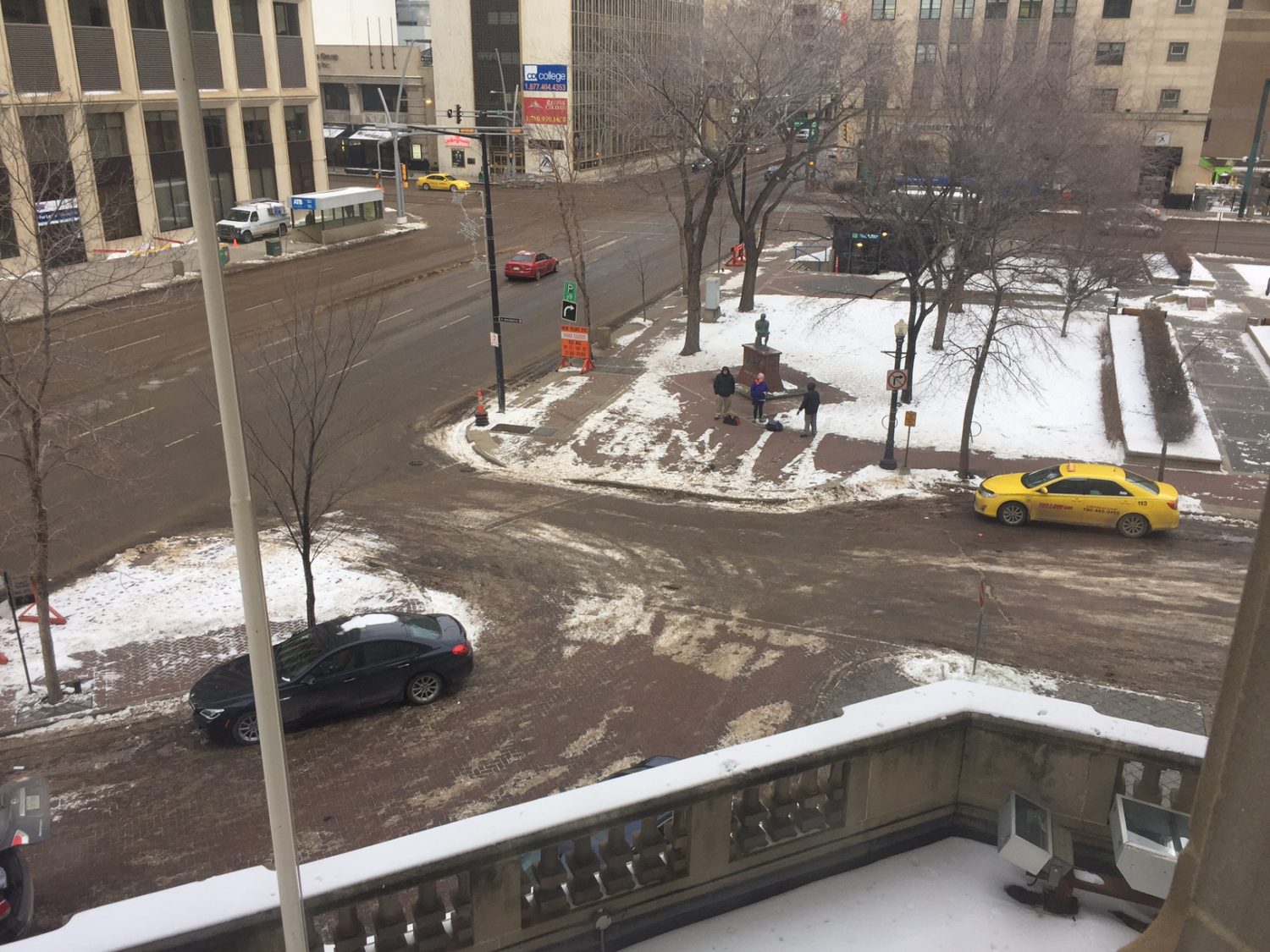