Whether viewed as valid factors or excuses, there have to be reasons behind Anze Kopitar’s subdued offensive numbers to begin the 2016-17 campaign. And for the sake of clarity, it’s really just the production that has been questionable, because his other metrics across the board have remained excellent.

His possession numbers are elite. He’s drawing difficult match-ups. He is suppressing shots better than any other season in his career. All of the credentials that backed his 2015-16 Selke Trophy campaign have returned, and many have been enhanced. He’d be a fine candidate for the trophy once again. 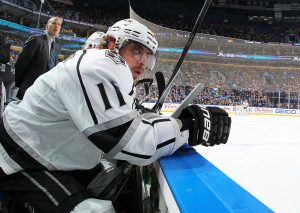 Is it because he’s one of several players who hasn’t gotten all aspects of his game in a high order since returning from Olympic qualifying and the World Cup, a theory floated by Dean Lombardi regarding several top players earlier on this road trip? Is it because he’s still hampered from the injury to the hand, wrist or arm he suffered during the game in Ottawa on November 11? Could it be because the team lost Milan Lucic over the off-season, and he’s not consistently playing with wingers who have traditionally proven to be high-caliber playmakers? Could the team’s power play struggles be a part of it? Has his approach to the game been affected by virtue of the captaincy he inherited over the summer? Might all of these factors lead to a season in which he passes the eye test but hasn’t yet passed Drew Doughty, Alec Martinez, Tyler Toffoli or Jeff Carter in points?

Kopitar isn’t alone. And while some have groaned about the immediate returns in offense following the eight-year, $80-million contract he signed last season, he has still recorded more points than Jonathan Toews, who commands a higher cap hit. And Patrice Bergeron, another reliable offensive figure who was last year’s Selke runner up, hasn’t even cracked double digits in points yet.

It’s a confounding question that’s likely affected by the other questions above. It doesn’t weigh heavily on his coach, who understands the weight of the reliance on Kopitar in so many different situations.

“He’s a captain, he plays a lot of minutes, he plays a lot of situations, and he’d like to score more,” said Darryl Sutter, who understands that the scoring slump to begin the year isn’t due to any self satisfaction or shift in his outlook after having signed a massive contract.

“No, I’d say he’s the hardest working player on our team,” Sutter said.

For whatever reason, the pucks just aren’t going in right now. Kopitar doesn’t have a goal on the power play, which ranks 21st in the league and has fallen significantly after having ranked eighth last year and 10th the year before. In five-on-five play, his shooting percentage has fallen to 8.3%, the lowest rate of his career. While he has been asked to provide a higher shot volume at times, his 5.4 shots per 60 minutes remains in line with the rates produced over the previous two seasons. With a PDO of 98.3 – the lowest of his career – the factors suggest that he’s simply unlucky. He’s hit nearly 10 posts.

He’s a Los Angeles King, which is to say that he’s more concerned with collective needs and is well schooled in the understanding that tight, quality checking is a staple of the team’s identity and has been a reliable hallmark of the team’s success. That’s not to say that the lack of production doesn’t sit well, though.

“I’m definitely not happy with my numbers, but I can’t whine and pout right now,” he said Wednesday afternoon following the team’s practice in Nashville. “We’ve got to go out there and play and I think as of right now, with the stretch that we’ve got going, I think obviously most important are the two points we carry as a team, and we didn’t get it (against Columbus) last night, but it’s a matter of playing and helping your team win. Again, I’m definitely not satisfied with my numbers right now and I know I’ve got to pick it up and I will pick it up, so now it’s just a matter of helping the team win. Whether that’s making a defensive play, offensive play, PK, whatever it is, you’ve just got to come big in that moment.”

Lombardi expressed confidence in certain top guys being “too good of players not to figure it out,” and by the time the horn sounds on the 82nd game on the season, there’s a good chance he’ll have emerged as the team’s leading scorer for the 10th straight season. Right now, though, that offense hasn’t come around yet.

“I mean, it feels the same [as previous seasons],” he said. “You’re just trying to play a complete game and then sometimes the offense takes a bit of a hit, sometimes you’re better offensively than defensively, so you’re just trying to find the balance and the creativity and the responsibility of all over the ice at the same time. So, it’s sometimes a little bit tougher, but I still think it’s nothing I can’t handle.”

Kopitar, like Brown, is a universally respected leader on the team but not the type of movie highlight captain who screams and flips tables. Rather, the impression he leaves on the others in the room is represented well in his work ethic and ability to play through pain and significant injuries, having appeared in nearly 97% of all possible games since entering the league in 2006-07.

The Kings have also been a team that relies on multiple figures within its leadership structure, through players that wear letters and players that don’t. Even with Brown as the captain, Kopitar played a significant role in the club’s leadership as did Jonathan Quick, Jeff Carter, Matt Greene, Drew Doughty, and earlier, players like Willie Mitchell, Justin Williams, Robyn Regehr, Jarret Stoll, Mike Richards, and on and on. Now much of that leadership has been inherited by a younger group including Alec Martinez, Kyle Clifford and others who may have had a secondary hold on the team’s emotional reins while winning two Stanley Cups in three seasons.

So it’s not that accurate to simply say that there’s added “pressure.” There’s always been pressure on all players who’ve served in any degree of a leadership capacity.

“I mean I’ve been in this position many times before,” Kopitar said. “The captaincy is new, yes, and I’d be lying if I said that I had everything down and know what I’m doing. You know, it’s a learning process and the first year is obviously harder than any else and I’m trying to figure it out, trying to see the balance between leading the team, speaking up, you know, all of that stuff. So I’m learning, but I feel like I’m on the right path and I’m obviously going to embrace the challenge, and I’m looking forward to it.” 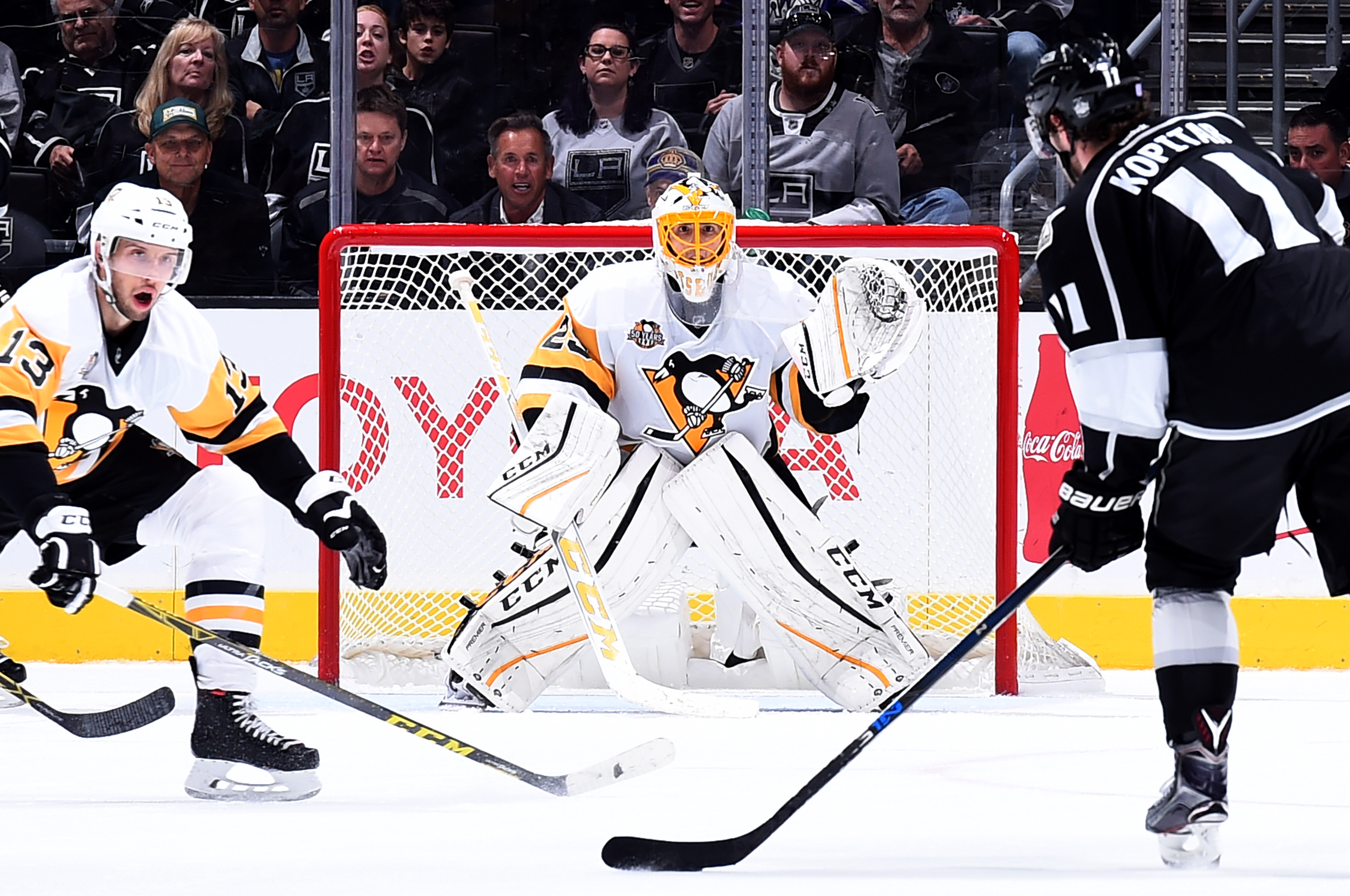